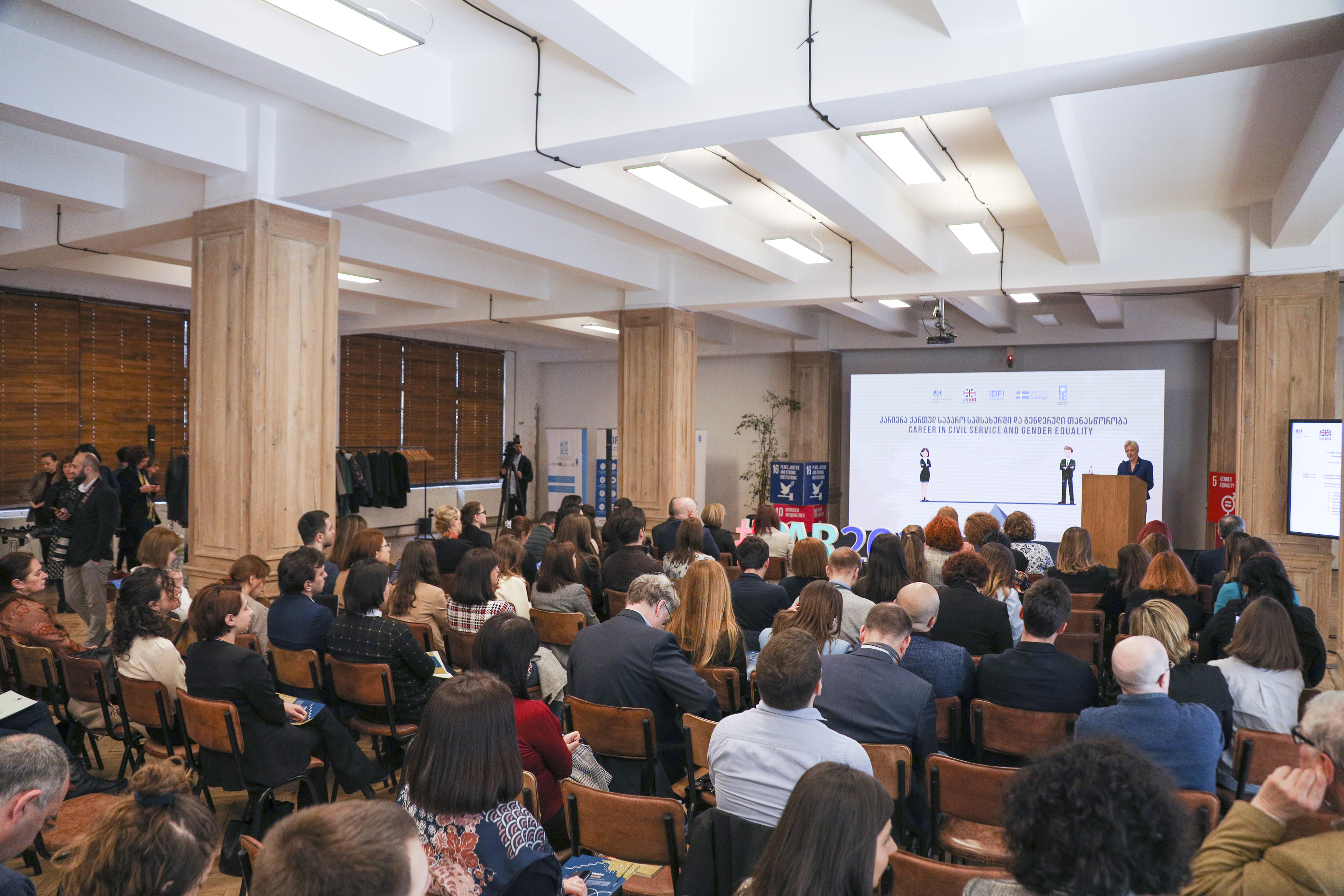 On March 10, the Institute for Development of Freedom of Information (IDFI) with the support of the United Nations Development Programme (UNDP), presented the findings of the first systemic survey that assessed the working environment, career development and professional growth of women versus men in Georgian public sector.

The Institute for Development of Freedom of Information (IDFI) studied the perceptions towards different career paths and professional success of women and men in civil service.

During the presentation, the key findings of the study were discussed in detail by the co-author Giorgi Urchukhishvili.

Quantitative and qualitative data analysis proves that female and male managers at civil service have contrasting career paths. The differences are reflected in various cultural practices, which determine gender inequality at civil service.

- 86% - think that men enjoy more power and influence in the workplace than women.

- 69% - believe that men receive more rewards for their work than women.

- 85% of men believe that equally skilled men and women have equal opportunities at civil service, while only 58% of women share the opinion.

- Equal ratio of men and female respondents (79%) believe that civil service in Georgia is more male-centered than female-centered.

- 71% of civil servants believe that men are able to advance their careers faster than women.

- Women demonstrate better academic achievements at different levels of education, however, they are “held back” after joining civil service.

- Women’s career development is not proportional to their academic performance.

The study was commissioned by the United Nations Development Programme (UNDP) as a part of a UK-funded program supporting Public Administration Reform in Georgia. It was conducted by the Institute for Development of Freedom of Information (IDFI). The presentation of the findings marked the ongoing Gender Equality Week in Georgia.

You can find the photos of the event here.

Key Findings of the Study

the Study - Career in Civil Service and Gender Equality