In May 2016, Georgia was elected as a co-chair of the Open Government Partnership (OGP) Steering Committee before taking over as a Lead Chair in 2017. The fact that 18 of the Steering Committee member countries supported Georgia was a clear expression of appreciation of Georgia’s achievements and reforms initiated and implemented as an OGP member as well as its future plans.

Georgia has adopted its third OGP Action Plan. One of the main factors that determined the successful involvement of Georgia in the Open Government Partnership was collaboration between the government and civil society. To be more precise, a permanent dialogue mechanism was created, where both public institutions and civil society organizations have equal opportunity to address the issues facing OGP. Today, the Open Government Georgia Forum is a mechanism of co-creation and oversight that enables all stakeholders to share the responsibility of fulfilling the OGP agenda. Georgia has been successfully developing legislative openness in the framework of OGP since 2015. As a result of active and fruitful cooperation of the Parliament and civil society in co-creating the Legislative Openness Georgia was awarded with the OGP Government Champions Award at the OGP Global Summit in Mexico in 2015.

Together with immense opportunities that might follow the co-chairmanship, the position comes with a huge a responsibility to move the OGP agenda forward, make the global goals part of national and regional policy and engage/support the membership of new counties in OGP. The responsibility of advancing the OGP agenda must be shared equally among the government and civil society. In a way, the civil society is often a more flexible and effective change agent, which in most cases creates mutually beneficial outcomes.

Even though the Government of Georgia recognizes its role as a co-chair and has started taking some steps, there has been no clear expression or declaration of the actions that Georgia will take as a co-chair that will lead towards bigger goals and reforms, making chairmanship of Georgia valuable and productive in 2017. In addition, civil society organizations that are active in OGP have also not yet issued a joint declaration or statement on how they see their role and intend to support the co-chairmanship and chairmanship of Georgia.

1. Keeping in mind the importance of implementation of global agenda, and in line with the Joint Declaration on Open Government for the Implementation of the 2030 Agenda for Sustainable Development, the Government of Georgia should make the UN Sustainable Development Goals (SDGs) an integral part of the Open Government Georgia’s (OGG) process and policies. The third National Action Plan of the OGG does not include the commitments of state agencies that could serve as an effective tool to promote the implementation of SDGs. The secretariat of OGG should start taking steps for engaging relevant government agencies to commit to implementing SDGs. In other words, SDGs should become a very important part of OGG work and basis for future National Action Plans. Furthermore, in addition to focus and harmonize SDGs into national policies the Secretariat should start engaging with the countries in the region to make implementation of SDGs not only country but also a regional priority.

2. Georgia has been combating corruption in its law enforcement, education, health sector, civil registries and other government services for years. As a result, Georgia is now a leading county in the region in this area. This has been confirmed by international indexes: According to the World Justice Project (WJP) Rule of Law Index 2016, Georgia holds the 1st place in the dimension of absence of corruption in Eastern European and Central Asian countries; According to the Global Corruption Barometer, Georgia takes fourth place after Germany, Sweden and Switzerland with only 12% of population perceiving corruption as one of the biggest problems; Corruption Perception Index ranks Georgia 44th out of 176 countries, leaving Central Asian countries far behind. Furthermore, Georgia, together with the United Kingdom and Brazil, is one of the Co-Anchors of Open Government Partnership Anti-Corruption Working Group. Along with the anti-corruption reform process, efficient delivery of public services has been the priority for the Government of Georgia. In this regard, the Public Service Hall is an example of innovative, fast and transparent service delivery in big cities, followed by Community Centers in smaller regions of Georgia to make services accessible for all. This important role of Georgia should be put forward throughout the time of Georgia’s chairmanship, meaning that Georgia should take the lead in the region to share its experience in combating corruption, putting forward anti-corruption agenda and share its lessons learned and the most significant challenges in this immensely difficult process.

3. While working with existing members of OGP is highly important, the Government of Georgia should aim to bring new countries into the Partnership. Special emphasis should be given to the countries of the post-Soviet region and especially Central Asia. Looking at the OGP map, a huge gap is clearly visible in this region. There are only Georgia, Armenia, Azerbaijan and neighboring Turkey represented in OGP, with two of them being inactive members of the Partnership. There are many more countries left that through the membership of OGP would gain huge experience from its member countries. Similarly, Georgian civil society organizations should reach out to the non-governmental sectors of those countries and try to engage them in the OGP community; therefore, establishing a knowledge-sharing instrument among CSOs is also a critical challenge.

4. Georgia has had significant results with respect to legislative openness. Since February 2016, the Georgian Parliament has a Permanent Council on Parliamentary Openness and Transparency, which is composed of representatives of parliamentary committees, factions and other members of the Parliament. In addition, the Council has a Consultative Group composed of civil society and international organizations. The Council elaborated its 2015-2016 Open Parliament Action Plan, which was afterwards adopted by the Bureau of the Parliament. The 2015-2016 Open Parliament Action Plan included wide-ranging commitments from developing an electronic citizen engagement tool to creating a mandatory code of ethics for Members of the Parliament. It is important to share Georgian experience on parliamentary openness with OGP countries in the region and beyond. Linking legislative openness to the 2030 Agenda for Sustainable Development is another interesting challenge that should be faced by the Parliament of Georgian in the nearest future. In particular, it is important to elaborate a mechanism that would utilize the Open Parliament platform for effective oversight over the implementation of SDGs.

5. The 2016-2017 Co-Chair Declaration of OGP touches upon engaging a wider range of interested constituencies. Among subnational governments and national parliaments, the Declaration also focuses on the private sector. Hence, it is vital to increase efforts of involving the private sector in the implementation of the OGP agenda. Despite the current efforts to engage the private sector, a bigger emphasis should be placed on increasing the awareness of private companies about OGP and finding an effective mechanism that will facilitate permanent involvement of the private sector in OGP.

6. While discussing future plans the past experience of the Government of Georgia as a member of OGP should be given thorough consideration. Despite the fact that Georgia has been chosen as a co-chair of OGP based on its success achieved as a member of OGP, evaluation of Georgia’s Second National Action Plan is important. In this regard, the Government of Georgia had two highly important commitments taken in the Second Action Plan - elaboration of the Freedom of Information Act and launching the E-petitions portal. Although neither of these two commitments were fulfilled, Georgia, as a co-chair of OGP, should become an example for other members and non-member countries in successful implementation of its action-plan. With this in view, Georgia should maximize its efforts to be fully compliant with commitments of the action-plans. Fortunately, the existence of this problem has been identified and an efficient solution should be suggested at the time of Georgia’s co-chairmanship, until the country takes over as a lead chair. 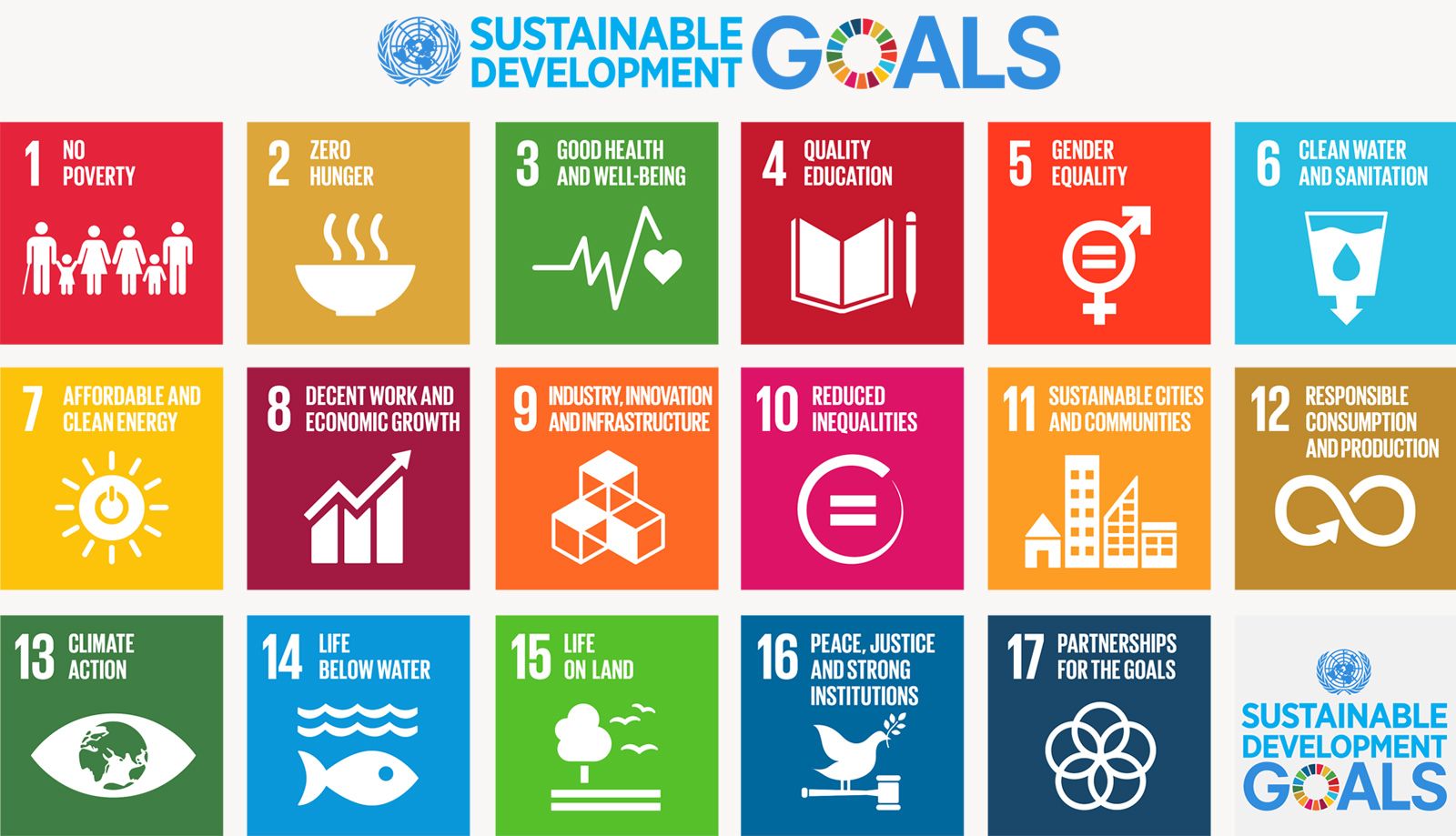 Georgia’s role as a co-chair and chair country of facilitating implementation of SDGs, strengthening international cooperation, continuing anti-corruption endeavors and advocating these processes in the region needs higher level of coordination then the Ministry of Justice. Since the responsibility for falling short of the global OGP or OGG agenda will fall on the Government of Georgia as a whole, moving the function of coordination of OGG to the Office of the Prime Minister of Georgia will make the OGG processes more efficient and will make state agencies feel more responsibility on their commitments. At the same time, the head of the Government, the Prime Minister of Georgia, will be personally involved in the local as well as international processes that will take place in the scope of OGP that will guarantee higher performance of the country, smooth decision-making processes and country’s important role as a co-chair.

In order to achieve tangible results throughout the Georgian co-chairmanship and chairmanship of OGP, it is important to develop a specific action document that would include input from civil society organizations. A joint and coordinated effort between the government and the civil society will once again prove that Georgia is a leading member of the OGP community. The action document should focus on the global context that exists with regard to open government, transparency, public engagement and anticorruption. For this particular reason, the Government of Georgia should consider commitments of the 2016 London Anti-Corruption Summit and the 2016 OGP Global Summit and should largely rely upon the general trends that were set during these important events.