On February 4, 2019, a briefingand discussion for journalists was held at the Belarusian Documentation Centre at which the openness of state archives and the publicity of data about repressed people were discussed. Representatives of the civil society participated in the meeting while the initiator and organizer of the event was the researcher of the Belarusian Documentation Centre and the partner of the project “Enhancing Openness of State Archives in the Former Soviet and Eastern Bloc Countries” by the Institute for Development of Freedom of Information (IDFI), Dmitry Drozd. 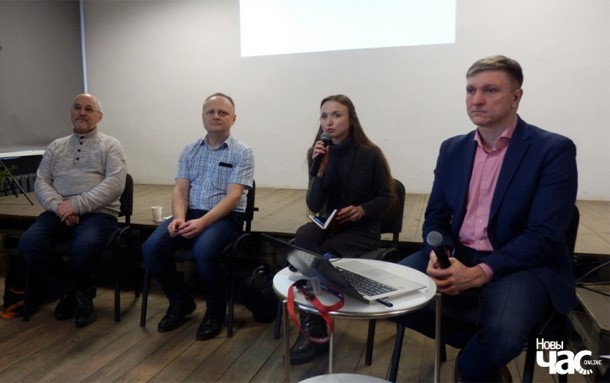 The representatives of the National Archives and the Former KGB Archives of Belarus had also been invited but they did not attend the meeting. According to the Belarusian Documentation Centre, this was more of a typical than strange behavior on their part because Belarus is not ready for the changes in the archival direction.

At the beginning of the meeting, it was noted that in 2020 Belarus marks 90 years after the start of the dekulakization and 80 years after the mass deportations from Western Belarus and Ukraine. The attendants talked about the mass campaign “Killed but not Forgotten” which aims at organizing activities and coordinating initiatives in the major cities of the country (Minsk, Orsha, Mogilev, Vitebsk, Gomel, etc.) where the places of mass shootings and mass graves are located. They voiced the problems of those people who want to study the story of their ancestors in the archives. According to them, recently, the situation has changed for the worse – the documents that were accessible in the end of the 80s and the beginning of the 90s, are not open anymore. The most challenging obstacle on the way of archival research is the assertion of kinship ties which is almost impossible after passing so much time, wars and the destruction of documents. In the absence of a kinship or other relationship with the deceased / repressed, no documents will be issued to other persons.The National Archives of Belarus has closed the database which contained the data about the repressed persons. However, even if a person proves his kinship ties, unreasonable regulations await him. For instance, one scholar mentioned that instead of giving him opportunity to see the bill of indictment of his ancestor, the employees of the archives gave him a seat and read the bill out loud during which they skipped the surnames of the other people and the employees of NKVD. Video and audio recording is strictly prohibited at the archives. Even though, formally the service of the archives is free, the cost of forms approved by the notary that are required by the archives is high. The situation of foreign researchers is even worse as they address the archives through the councils and the other diplomatic channels and for this, they spend a lot of money.

Dimitry Drozhd presented IDFI’s rating, in which Belarus holds the second place from the bottom, to the auditorium. He talked about the results of the conference held within the frame of the project on open archives and methodology. He also mentioned that while the National Archives of Belarus has relatively normal ranking of 56%, the KGB archives was one of the most closed archives in the post-Soviet space with 22%. In 2019, new countries, mainly from Eastern Europe, were added to the rating the assessment of which has not been completed yet. However, Dmitry Drozhd supposes that Belarus will move from the 9th place to the 17th or 18th.

- Our archive does not work as archive. It is a storage in which the documents are kept. Meanwhile, the institution does its best to complicate the procedure of admission to the archives.

The scholars emphasized the situation in the neighboring countries – Russia where, according to the rating, the situation is much better and Ukraine where the changes in archival space since 2015 turned out to be revolutionary. The KGB Archives of Ukraine fully opened the materials of the Soviet period and any person can see not only the cases of repressed persons but of the agents and the collaborators with KGB. According to historians, researchers do not even need to go to Ukraine as they can receive the digitized materials online. The fear of some experts that this would cause tension and revenge between generations turned out to be futile, as nothing similar has happened.

Dmitry Drozd talked about the archives of Lithuania, predicted leader of the rating, in which he has worked:

- I go to Lithuania, take any number of any cases, take photos in a few hours and do the same amount of job that I would have done in Belarus in several months where you have to type everything in computer or request chargeable copies. Besides, nobody asks what for I need these materials. In Belarus, I would have been required to fill several applications, describing the topic I work on and the purpose of using the materials. Lots of archival cases in which only one paper is created less than 75 years ago can be declared closed, even if the material does not contain personal data. This absurdity goes so far that many archival cases closed in Belarus are in open access in Russia. 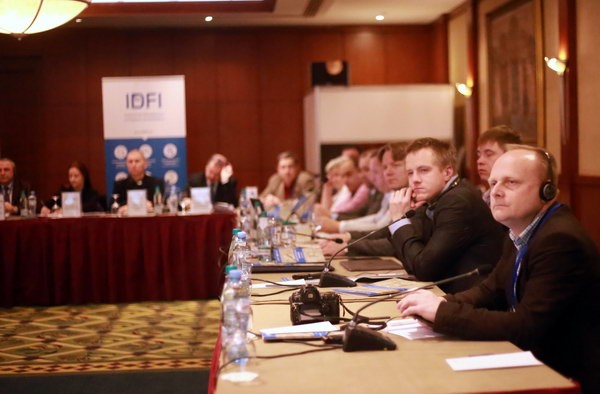 The lawyer of the Helsinki Committee of Belarus talked about the legal aspects and flaws of everything above-mentioned. According to him, many laws are preserved inertially from the Soviet period while the archival institutions have not changed their institutional memory and they continue their work relevantly.

Belarusian citizens’ right of receiving information is guaranted by the Constitution as well as the norms of the international law. However, the nondemocratic state does not want its citizens to benefit from the rights guaranted by the Constitution. The Helsinki Center of Belarus elaborated a document through which interested individuals can learn how to write legally coherent applications that do not leave space for the state structures to avoid legal responsibilities and, as a result, they ensure the access to archival materials.

In the case of Georgia, situation is different but there are still some problems. IDFI has been enduring for years for the state to improve those legal challenges that the researchers working in the Georgian archives face.  As a result of the active advocacy campaign of the organization and the steps taken by the government with the frame of the Open Government Partnership (OGP), the fees for accessing the documents have been abolished. Besides, the Ministry of Internal Affairs was ordered to proactively publish the information and catalogues about the repressed individuals.

The Georgian archives still face several fundamental problems that the Belarusian archives also experience and that were solved years ago in Lithuania, Ukraine, Poland, Hungary and the other countries with open archives:

This, first of all, concerns the copying of the materials with personal camera, which saves researcher’s time and recourses while the archives only lose several thousands of their income;

There are problems related to the procrastinated time for admitting the researchers to the reading halls;

Creating no registry of why the researchers where refused admission (two judiciary levels have approved IDFI’s complaints on this matter);

One more identified problem by the IDFI is proactive publication of the list of damaged and lost materials.

Unfortunately, there is still no political will in the country the legislature to fully satisfy the highest standards of the openness: on 30 August 2019, at the committee of the legal issues, the Parliament of Georgia discussed the legislative proposal on the amendments in the laws “on the National Archival Fund and National Archives” and “on the Protection of Personal Data” (N1-7153/19; 10.04.2019) submitted by IDFI.  Regardless of the agreement on the main principles, the Parliament did not accept the legislative proposal and mentioned that the represented project contained some risks.

IDFI considers that the openness and accountability are democratic principles without which the development of the free society is impossible. After the fall of the Soviet Union, the access to information, openness of archives and the publication of archival documents are one of the most important achievements of a number of countries that enable the society to get known to and rethink the totalitarian past.

In case the Parliament adopts the amendments initiated by IDFI, the society will be able to get access to the documents easily, without any difficulties. As a result, these changes will facilitate the broadening of scientific work, increase in scientific visits to Georgia and the revelation of many important details that are still unknown to the wider public. With the high standard of openness and transparency, Georgia will hold the relevant position on international level among those developed countries that facilitate the development of research and the rethinking of totalitarian past through providing the access to archives.