Analysis of Bureaucratic Expenditures of the Emergency Budget 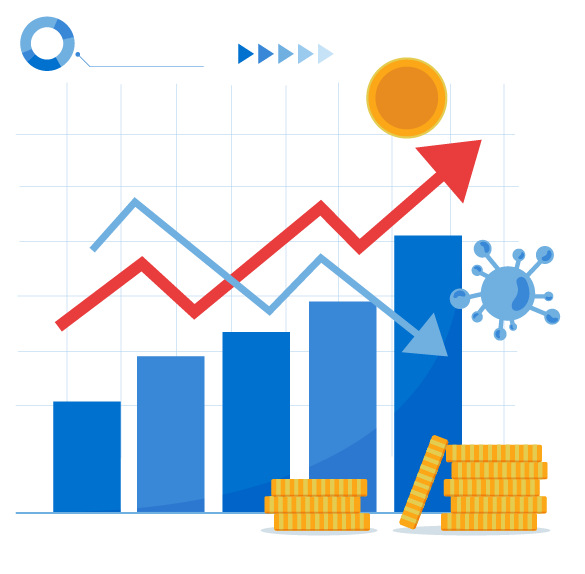 In 2020, the Coronavirus (COVID 19) pandemic has had a significant impact on the world economy, including the Georgian economy. The economic recession caused by the pandemic has necessitated changes in both the revenue and expenditure sections of the state budget.

On June 9, 2020, the Ministry of Finance of Georgia presented a draft amendment to the Law of Georgia on the State Budget for 2020, which states in the explanatory note that the draft envisages maximum reduction of administrative costs, in order to compensate for the budget deficit. In particular, according to the explanatory note, the consolidated budget (consolidated budgets of state, autonomous republics, and local self-government units) envisages a reduction of GEL 57 million in labor expenses and a reduction of GEL 107 million in other administrative expenses (goods and services). Under the draft amendment to the state budget, labor costs will be reduced by GEL 21.7 million, while other administrative expenses will be reduced by about GEL 58 million. Consequently, a significant share of the reduction in bureaucratic costs falls on the budgets of the Autonomous Republics and local governments.

According to the previous studies conducted by IDFI, the Georgian bureaucratic system was found to be in need of significant optimization. Therefore, the government of Georgian had significant room for cutbacks in terms of budgetary spending in light of current challenges.

- According to the draft amendments to the state budget, no change is planned in the number of employees in the public sector, which currently amounts to 112,214 employees.

- The remuneration expenses of the 2020 state budget are reduced by GEL 21.7 million and currently amount to GEL 1,554.3 million. Despite the reduction, the current amount exceeds the remuneration costs of 2019 by approximately GEL 100 million.

- Remuneration expenses were not reduced in a number of public institutions (Ministry of Internal Affairs, Prosecutor's Office of Georgia, Ministry of Defense, State Security Service, the court system, administrations of the regional governors, Central Election Commission, Administration of the Government of Georgia, etc.).

- According to the amendments, the amount provided for goods and services will be reduced by about GEL 58 million (business trip expenses, representation expenses, office expenses, car fleet expenses, remuneration expenses for employees under fixed-term contracts, etc.);

- In 2019, the expenses on goods and services from the state budget amounted to GEL 1.3 billion, of which GEL 103.4 million was spent on business trips and representation expenses alone. Accordingly, the cutbacks from goods and services from the state budget (GEL 58 million) are largely due to the restrictions imposed by the pandemic and less connected with the so-called “belt-tightening policies” of the government of Georgia.

- According to the explanatory note, the consolidated budget envisages a total reduction of GEL 57 million in labor expenses and a reduction of GEL 107 million in other administrative expenses (goods and services). Given the state budget data, a higher burden is imposed on the budgets of the Autonomous Republics and local governments in terms of reducing bureaucratic expenses.

Analysis of Bureaucratic Expenditures of the Emergency Budget
/public/upload/GG/Emergency-budget-2020-geo.pdf