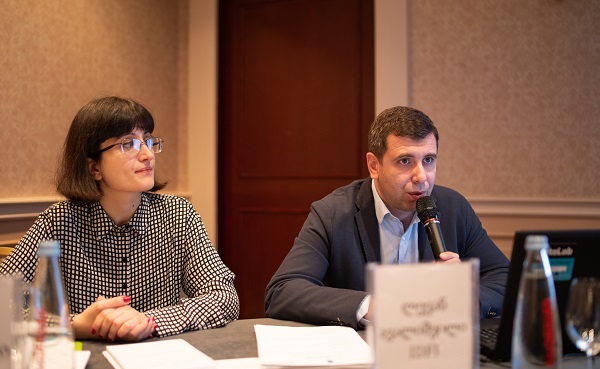 The main challenge facing access to open data in Georgia is the absence of relevant legislative framework and standards. Due to this problem, the list of data that made available by public institutions in an open and reusable format is low. Even though Georgia does have a state open data portal, public institutions are not obligated to publish their data on this website.

On May 29, the Institute for Development of Freedom of Information (IDFI) published a study of accessibility of open data in Georgia and the Visegrad countries, and held a presentation of its results.

The presentation was attended by representatives of public institutions, civil society, media, international and diplomatic corps. The report was prepared by IDFI with the financial support of the Visegrad International Fund and the Ministry of Foreign Affairs of the Netherlands. Co-authors of the report are KohoVolit.eu (Czech Republic and Slovakia), K-Monitor Public Benefit Association (Hungary) and Stanczyk Institute of Civic Thought Foundation (Poland).

The event was opened by Levan Avalishvili, Programs Director at IDFI, and spoke generally about the achievements and challenges of access to open data in Georgia, Czech Republic, Hungary, Poland and Slovakia.

“Slovakia and the Czech Republic showed relatively better results in terms of access to open data. This is largely due to the existence of the concept of open data and publication standards in the legislation of these countries. This further illustrates the necessity for the Georgian Government and the Ministry of Justice to accelerate the submission of the new draft law on Freedom of Information to the Parliament, which will ensure access to and publication of open data,” - Levan Avalishvili.

Teona Turashvili, Head of E-Governance Direction at IDFI, spoke about the results of the analytical article contest and its selection criteria.

“The purpose of the competition was to encourage the processing of open data and production of analytical articles based on it. Based on the number of received articles, we can say that the competition has gathered considerable interest in the public. Many of the 60 participants showed great quality of processing open data, which complicated the selection of only 3 articles. In order to produce argumentative, data-based analysis, participants made active use of open data available at www.Datalab.ge. The majority of submitted articles focused on topics, such as domestic violence, rights of persons with disabilities, road safety, etc.,” - Teona Turashvili.

At the end of the event, Ambassador Extraordinary and Plenipotentiary of the Netherlands to Georgia Johannes Douma awarded the winners of the competition: 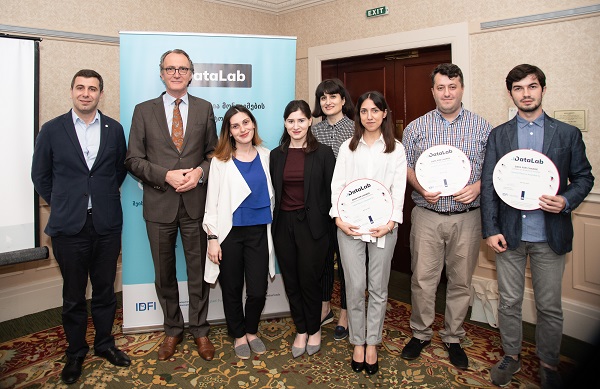 Based on the high quality of submitted articles, the jury unanimously decided that the authors of the following 2 works would be awarded with 300 GEL Altaokay gift cards: