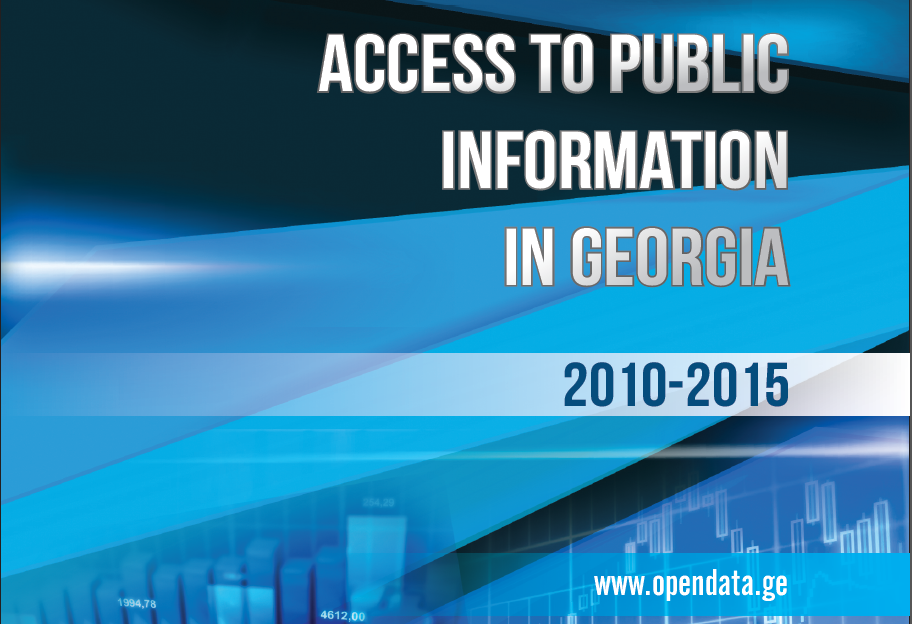 On December 11th, 2015 the Institute for Development of Freedom of Information (IDFI) held presentation of the report summarizing situation of Freedom of Information in Georgia during 2010-2015. The report was prepared within the framework of the project "Public Information Database – www.opendata.ge". The project has been implemented by IDFI since 2010, with the financial support of Open Society – Georgia Foundation and Open Society Foundations.

Practice of Disclosure of Public Information in 2010-2015

Within the framework of the project implemented by IDFI in 2010-2015, 30152 Freedom of Information (FOI) requests were sent to public institutions, and only 24 438 replies were received.

Comparison of the results from different periods demonstrate that despite frequent changes in the index of Access to Information, the right to information is protected to considerably higher degree as compared to 2010. It has also been revealed that factors such as central and local elections and political will of high officials have major impact on the level of access to information in Georgia. For instance, based on the observations of IDFI during the period of five years it has been observed that the level of access to information had considerably improved in the period immediate to the Parliamentary Elections of 2012. However the progress was not long lasting and was observed only during the initial period of the newly elected government in office, when there was no incentive to clasify information on administrative expenses of the previous government.

The Statistics of Public Information Received in 2015

The Most Accountable Public Institutions in 2010-2015

The most accountable public institutions revealed during 2015 are:

During 2015 the highest progress rate in terms of access to information was observed in case of Georgian National Energy and Water Supply Regulatory Commission (61%). In addition IDFI has awarded National Security Council of Georgia and State Audit Office for ensuring proactive disclosure of public information.

Within the framework of the project implemented by IDFI the most closed public institution - the Ministry of Economy and Sustainable Development was also revealed. The ministry left the highest number of our requests (44) unanswered.

• The Ministry of Justice worsened its rating by 45.9% compared to 2014 due to the fact that it left 25 requests of IDFI unanswered.
• Ministry of Economy and Sustainable Development of Georgia has left 44 request unanswered, hence showed 50.2% regress.
• In 2015, Administration of the Government of Georgia has received 23% of Access to Information Rating thus worsening the figure by 74.8% as compared to previous years. 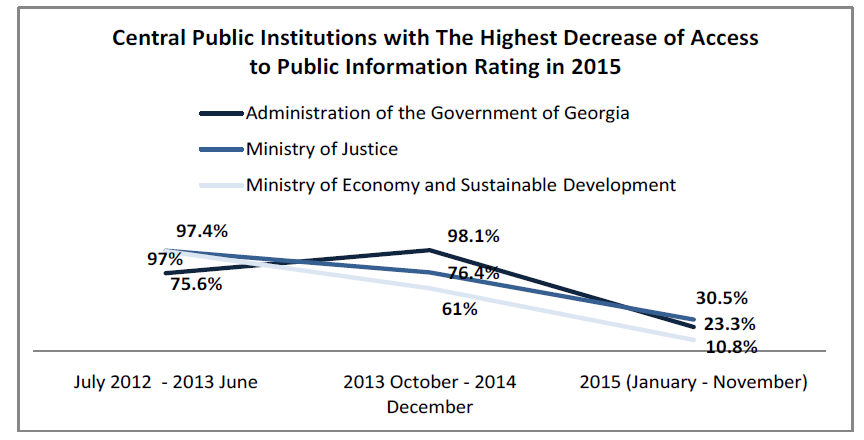