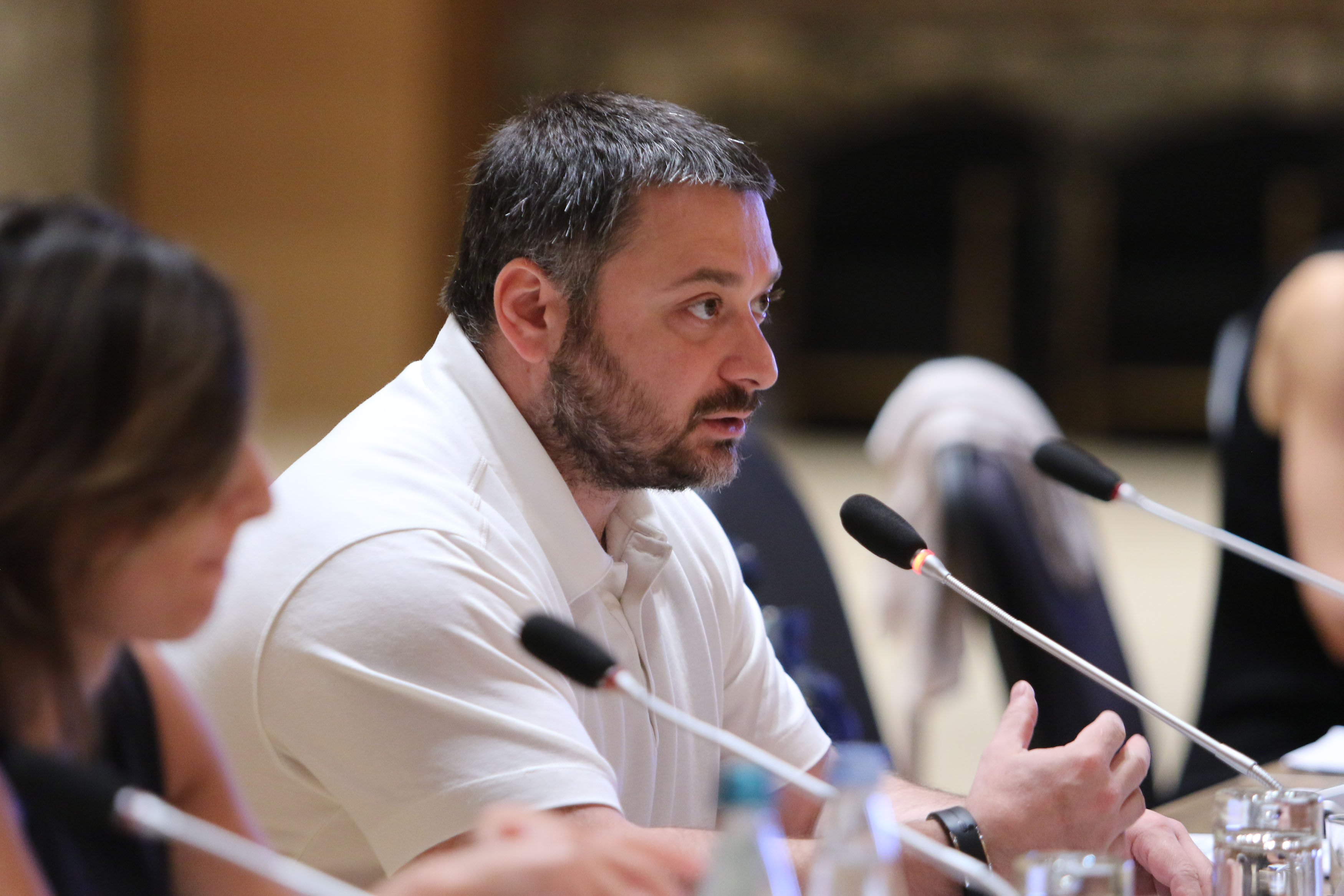 The Permanent Parliamentary Council on Open Governance and its Consultative Group held workshop during July 20-22. In the framework of the meeting the members of the council and the consultative group discussed initiatives and recommendations submitted for the Open Parliament Georgia Action Plan for 2020-2021. The workshop was held with the support from the European Union (EU) and United Nations Development Programme (UNDP) within the project “Consolidating Parliamentary Democracy in Georgia”. The project is actively collaborating with the IDFI to promote open governance principles in the work of the Parliament of Georgia and Supreme Council of Ajara (SCA) in order to enhance openness, transparency and accountability of the institutions, including through greater citizen engagement.

Participants of the workshop were welcomed by Kakha Kuchava – Chairperson of the Permanent Parliamentary Council on Open Governance and Giorgi Kldiashvili – Executive Director of IDFI.

The Chairperson of the Council described the activities of the Permanent Parliamentary Council on Open Governance, underlined the importance of the active involvement of Consultative Group members in the Action Plan elaboration process and noted the significance of the submitted initiatives.

“It should be noted, that for the first time since its establishment, Open Governance Permanent Parliamentary Council has published the initiatives presented for the development of the Open Parliament Action Plan for 2020-2021. The mentioned decision of the Council is in line with the principles of openness, supports raising transparency level and promotes citizen involvement in the activities of the council. We have received lot of interesting recommendations, some of which, after improvement and modification, will be reflected in the Action Plan,” – noted Kakha Kuchava.

Director of IDFI, Giorgi Kldiashvili, expressed his appreciation to the Parliamentary Council for initiating the working meeting and thanked the members of the Consultative Group for presenting the initiatives. Giorgi Kldiashvili stressed the importance and huge role of the UNDP and EU towards strengthening the parliamentary openness.

It should be highlighted that the proposed initiatives aim to strengthen the openness of the legislature and increase the proactivity and transparency of the legislative and oversight activities of the Parliament. Majority of the recommendations were addressed to increasing public access to information through the website of the Parliament and to expanding the list of proactively published and easily editable data.

Among the most important issues on the agenda through the workshop was raising public awareness concerning parliamentary activities and supporting civil participation in the activities of the legislature. Parties agreed that innovative, as well as online, services need to be improved and implemented in order to effectively address the mentioned issue. Discussions also focused on strengthening the functions and the role of the Citizens' Involvement Center in terms of public participation in parliamentary activities.

The Council and the Consultative Group agreed to extend the format of the working meetings in August and September in order to finalize and elaborate improved version of the initiatives and the Open Parliament Action Plan that can be considered as the highlight of the workshop. The modified initiatives will be reflected in the Open Parliament Georgia Action Plan for 2020-2021.

Summing up the meeting, Chairperson of the Parliamentary Council Kakha Kuchava thanked the European Union (EU), the United Nations Development Programme (UNDP) and the Institute for Development of Freedom of Information (IDFI) for supporting the work of the Permanent Parliamentary Council on Open Governance and thanked the members of the Consultative Group for providing innovative initiatives for the Action Plan.