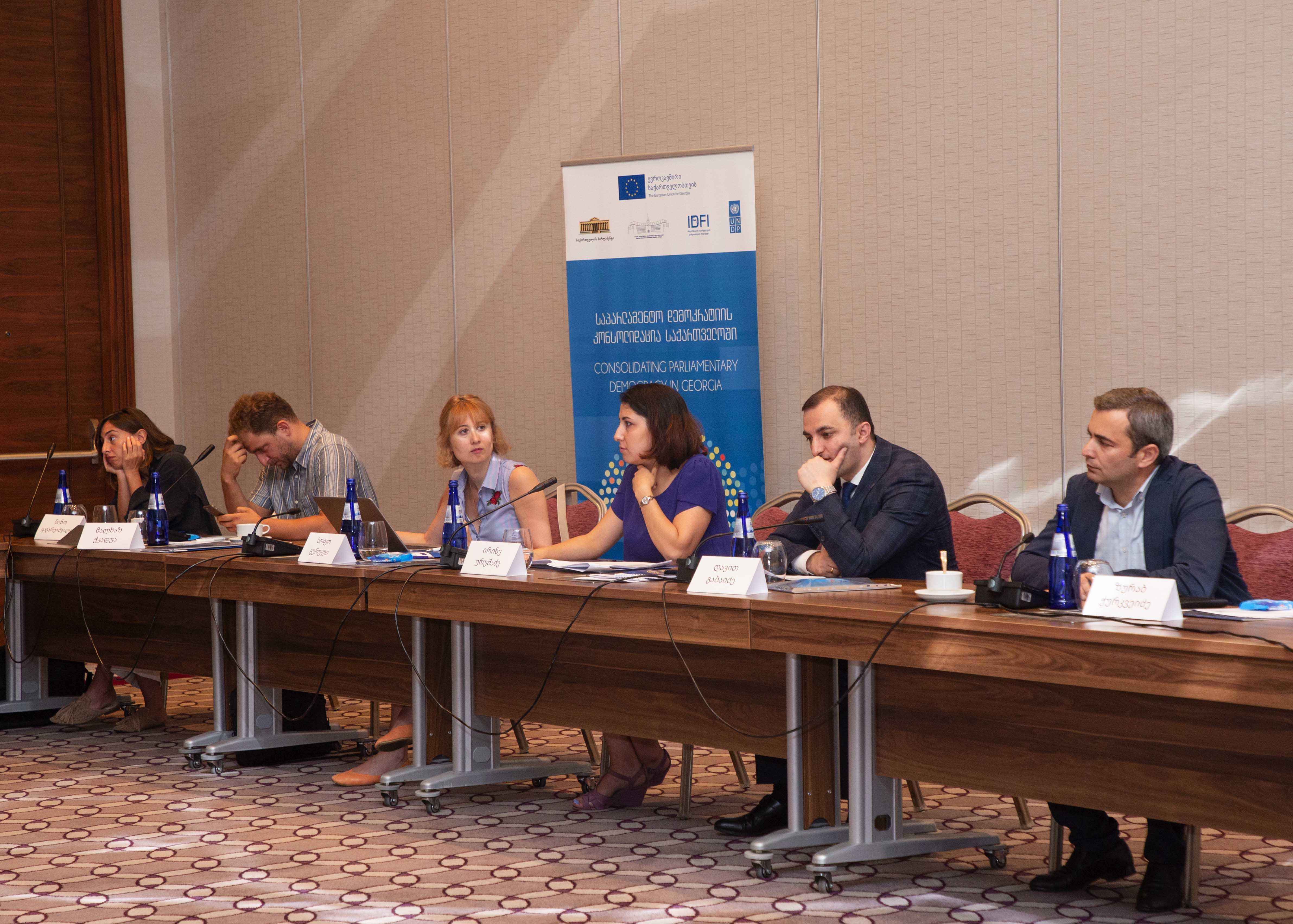 The Chairperson of the Open Governance Council David Gabaidze, who is also the Chairperson of the SCA of Ajara, opened the meeting. The United Nations Development Programme (UNDP) Project Manager, Sopo Guruli, Executive Director of the Institute for Development of Freedom of Information (IDFI), Giorgi Kldiashvili, and, the Head of the Consultative Group of Open Governance Council, Regional Coordinator of Transparency International - Georgia (TI) Malkhaz Chkadua also addressed the attendants.

In the frames of the workshop, recommendations and proposals for the Action Plan were presented by the members of the Open Governance Council and the Consultative Group, and by the Staff of the SCA. It is noteworthy that the UNDP, IDFI, TI-Georgia, the Governance Monitoring Center, Institute of Democracy (IOD), Civil Society Institute (CSI), Network of Centers for Civic Engagement (NCCE), Coalition for Independent Living, and Changes for Equal Rights - proposed draft commitments for the future Action Plan.

The proposed initiatives aim to enhance the openness and accountability of the legislative body, improve civic engagement and public service delivery. Suggested draft commitments also cover such topics as strengthening the oversight mechanism of the executive branch with the support of civil society participation, increasing citizen involvement in the law-making processes, introducing various services through the webpage of SCA, live broadcast of the SCA sessions, increasing the List of information to be published proactively and publishing the information in easily editable format. The proposed initiatives also included establishment of Civic Engagement Center and adaptation of the website and the building of the SCA to the needs of the people with disabilities.

In the end of the meeting, the Chairperson of the Supreme Council, David Gabaidze, thanked the European Union (EU) and the United Nations Development Programme (UNDP) for the support to the Open Governance Council, and expressed his gratitude towards the Institute for Development of Freedom of Information (IDFI) for significant cooperation, and for the support in organizing the workshop.

Open Governance Council of the Supreme Council of the Autonomous Republic of Ajara is supported by a joint project of the European Union (EU) and the United Nations Development Programme (UNDP) "Consolidating Parliamentary Democracy in Georgia." The project is closely cooperating with the Institute for Development of Freedom of Information (IDFI) to promote Open Governance Principles in the work of the Parliament of Georgia and the Supreme Council of Ajara (SCA).