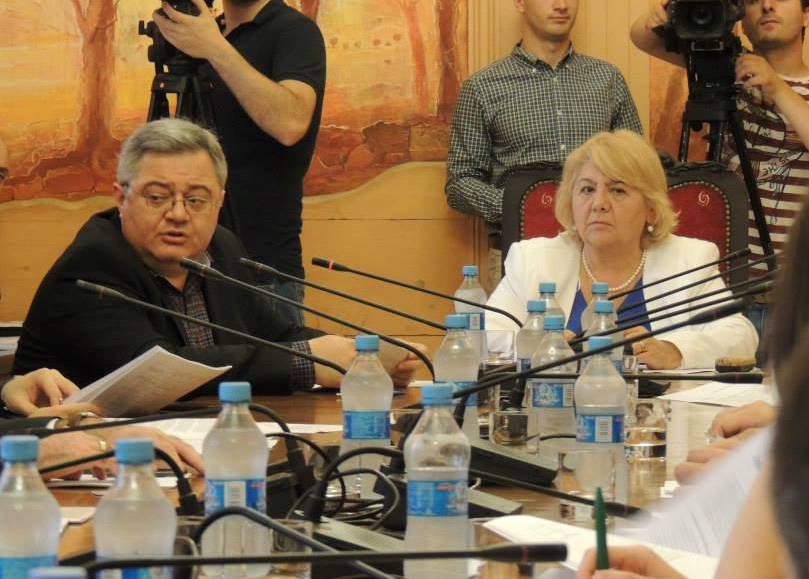 On the 6th of July, Meeting of the Inter-Factional Group and the Open Parliament Georgia Working Group was held. The participants discussed the action plan and necessary technical and financial capabilities for implementation of the commitments.

The meeting was opened by the Chair of the Parliament of Georgia, Davit Usupashvili. He thanked the Non-governmental Organizations for their work and mentioned the significance of the commitments of the elaborated action plan. But at the same time, he mentioned that the importance of the implementation of the commitments as well. He called on the audience not to take obligations that would have been impossible to fulfill in the given time frame. “I think it is very ambitious action plan and when I read it for the first time, I thought to reduce the rate or size, to make it more realistic but then I thought – if we do this, the task of the valuable membership of the European Family should be postponed by decades as well. If we do not do the strenuous work, including meeting with the tight deadlines and large volumes of the performance conditions, we just will not be able to achieve the goals we have aimed. Thus, I concluded that it is better to put ourselves in the tough situation and work more in the short period of time, rather than to think of reducing something. So, I join the present case volume. There is a doubt of implementation of all the commitments, but we have about a year and half for doing this,” said the Chair of the Parliament of Georgia. Davit Usupashvili mentioned that involvement of various Departments was very important in the implementation process of the action plan. “They should be able to make the action plan as their priority and the political members of the Parliament should make a great contribution in this way, but it does not have to dependent on our political attitudes. We are talking about the Parliamentary Instruments and Mechanisms that have to continue work in the future as well,” Said Davit Usupashvili.

There were expressed different opinions about the issues of Action Plan by participators. The Chair of the Institute for Development of Freedom of Information (IDFI), Levan Avalishvili, spoke about recommendations given by IDFI. He reviewed the commitment on the Access to Information and mentioned that one of the important obligations was to simplify access to the Parliamentary Documents for the Persons with Disabilities in Georgia. The member of Georgian Parliament, Guguli Maghradze spoke about the necessary technical and date issues for implementation of this obligation. 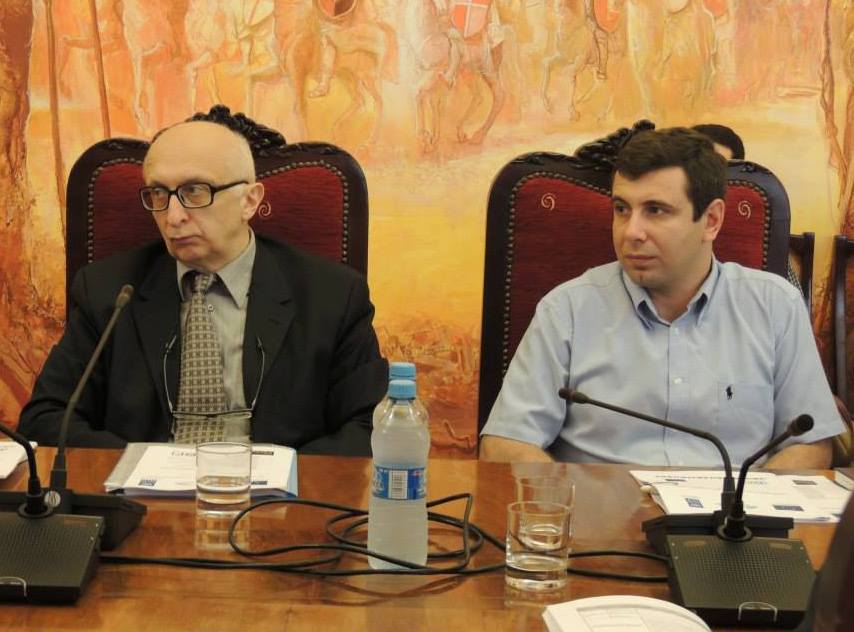 Representative of GYLA, Sulkhan Saladze, highlighted the Significance of the commitments and added that it is important for Open Governance. Also, he mentioned that all organizations will change the data of fulfilling of commitments if necessary for effective implementation of the commitments of the action plan.

Transparency International Georgia respond the issue of renovation of the Website of the Parliament of Georgia and spoke about changes that will empower public involvement the legislative process and will raise the awareness of society. Also, Transparency International Georgia mentioned the necessary of technical equipment for implementation of this project and the importance of finishing it by the end of 2016.

At the end of meeting, Levan Avalishvili mentioned the importance of commitments of action plan as it covers internationally recognized forms of Open Government.

The meeting was conducted within the scopes of the project - “Supporting Parliament of Georgia Involvement in Open Government Partnership”. The project is implemented by the Institute for Development of Freedom of Information (IDFI) in partnership with the Parliament of Georgia within the joint project of the European Union (EU) and the United Nations Development Program (UNDP) "Strengthening the System of Parliamentary Democracy in Georgia".

The Chair of the Parliament Davit Usupashvili and the members of the Inter-Factional Group of Georgian Parliament: Guguli Maghradze, Giorgi Kakhiani, Tamar kordzaia and Vakhtang Lemonjava participated in the meeting. Following International and Non-governmental Organizations were presented on the meeting: Delegation of the European Union to Georgia, United Nations Development Programme in Georgia (UNDP), United States Agency for International Development (USAID), Transparency International Georgia, Georgian Young Lawyers’ Association (GYLA), Institute for Development of Freedom of Information (IDFI), Civil Society Institute, Civil Development Agency, the National-Democratic Institute (NDI), German International Cooperation Organization (GIZ). Also, the participants of the meeting were: Head of Cabinet of Chair of Parliament of Georgia, David Magradze, and the Representatives of the Staff of the Parliament of Georgia: Head of Legal Department Aleksandre Tabatadze, Head of Public Relations and Information Department, Nino Beradze, and Head of Department of Informational Technologies, Merab Gotsiridze.