What’s the Use of Appealing?! 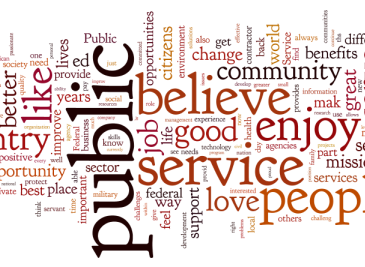 Analysis of Appellate Commissions of the Civil Service

According to Government of Georgia (GoG), civil service reform is one of the most important priorities. According to strategic plan ‘Georgia 2020’ ‘facilitate the development of a human resources management system as part of efforts to ensure the stability of public service provision and the recruitment of qualified staff through relevant material and career motivation’ [1]. In order to implement the reform, GoG has taken several successful steps during 2013-2014 [2]. Non-governmental sector points to the improvement of legal acts regulating the civil service. However, they also point to numerous violations and irregularities in terms of competitions and certification (attestation) [3].

After 2012 parliamentary elections, reorganization in civil service came under public scrutiny and has not lost its attraction ever since. Transparent and fair recruitment procedure in public institutions is the bulk of proper functioning of civil service. Such principles are the necessary tools to convince the citizens that civil service recruits not relatives, friends or political affiliates, but professionals.

On 20th of July, 2014, with the entry into force of the he Government decree of 20 July 2014, the procedure of recruitment in civil service improved significantly – ensuring impartial and fair procedure was more guaranteed [4]. Mechanisms of the recruiting process and appealing results were established [5]. If the candidate considers that the commission has inadequately assessed the compatibility of his or her professional habits, qualification, capabilities and personal characteristics with the requirements of the proposed vacancy – the candidate has the right to appeal to the appellate commission and later to the court, or not use the mechanism of appeals and address the court immediately, as set out in the Georgian legislation [6].

The existence and effective use of the legal mechanisms of appealing against the results of the recruitment competition is an important instrument of ensuring transparency and fairness of the recruitment process, as well as a mechanism by which the candidate can defend his or her rights. Every decision of the selection commission, as well as of the appellate commission must be substantiated and justified. In my regard, the above-mentioned mechanism has another function as well, as the possibility of da candidate defending his or her rights is an effective indicator of the commissions’ functionality.

The aim of the article – to focus on the appellate commission, describe the institution and its mechanisms/strategies, as one of the latest components of the civil service reform.

Based on the principle aim of the work, the main question – is to what extent is the commission performing the tasks and carries out its duties, which implies instrumentalizing fair and just recruitment in the civil service.

Methodology – is based on the description of a specific practice, its review and analysis – identifying general tendencies regarding the appeals and reaction to them by the appellate commission – which methods the candidates use to defend their rights, what kind of barriers and obstacles they face and what results do their appeals yield. What is the situation in terms of appealing against a decision in court? Which strategy is more effective in terms of defending one’s rights?

Civil service is one of the most prestigious and competitive areas of the Georgian labor market. After the amendment of 29 June 2012 to the ‘Law of Georgia on Civil Service’, it is mandatory to announce a call on all positions. This is the reason why at the end of 2013 numerous vacancies were announced on the civil service website.

According to the administration of http://www.hr.gov.ge, 686 new vacancies were announced on average in a month by the civil service sector. By that time 130813 users were registered on the website. As the data explicitly shows, the number of people involved in the process has increased significantly over the last years.

Dissatisfaction towards the recruitment process among people interested in civil service has been increasing both in the capital and the municipalities. The primary reason for discontent is the lack of trust in the fairness of the process. Candidates voice their concerns in different ways: media briefings, articles, via the social network, open letters to senior members of the executive government, as well as NGOs and the court.

The article generally discusses the lack of trust towards the commission. The reasons for mistrust are various. The principal protest from the candidates refers to certain infringements during the interview process: Questions regarding impartiality of the commission, lack of professionalism, incompetence, irrelevant questions, and interview held without set criteria, incongruent practice, members of the commission being the persons who also take part in the competition, as they are persons acting officials etc. [1][7].

We shall not dwell into details on this matter, as the appellate commissions include representatives of the selection commission as well, thus the criticism applies to both. As the major protest is caused by the interview process, the main bulk of infringements also appear to be present during this stage of the recruitment process. Therefore, the appeals to the commission and the court mostly contain the above-mentioned flaws.

The appellate commission is obliged by law to react to appeals. The commission is also obliged to inform the appellant about its decision in written form and must justify it. Unfortunately, a single practice has been established, which involves sending one type of response to all appellants; ‘Each and every one of us got an identical response, not a single phrase was different’ [8].

The number and composition of the commission is determined by the director of the institution/entity. The appellate commission includes the chairman, deputy chairman and the rest of the members, most of whom are senior employees of the institution. Considering the impartial and transparent character of the commission, representatives of CSOs and independent experts should be invited as members of both the appellate commission and the selection commission. The research affirms that external actors often complain about the neglect of this article by senior executives of the public institutions.

The court rulings and decisions reinforce the claim. Even though the legislation rules that in order to ensure the impartiality of the appellate commission, the members of the commission must not take part in any other process of the competition or the recruitment process, the research has not been able to identify the execution of this requirement. However, if external actors are exempt from participation in the commission, this creates doubts about the composition of the commissions, as well as their decisions.

As a result of a justified appeal from the candidate to the appellate commission, the vacancy was annulled and the appellant was denied the possibility to participate in the new call for position. It is evident that the appellate commission shared the comparative advantage of the appellant and tailored the requirements for the position not according to the law on civil service, but to the informal practices, such as – nepotism, patronage, protectionism etc.

As the practice indicates, appeal to court is more effective in such cases. NGOs assist the appellants with preparation of the complaints and during the trial. There are several examples:

The court proves the unjust decisions based on the following arguments:

[4] Institute for Development of Freedom of Information, 2014, Nino Merebashvili, https://idfi.ge.

[10]„International Society for Fair Elections and Democracy (ISFED)“, won 21 cases in favor of the candidates, http://www.isfed.ge/main/971/geo/.

[1] NOTE: Under Article 2 of the Law of Georgia on the Conflict of Interests and Corruption in Civil Service, acting officials can be appointed to a vacant position that shall be filled through a competitive process for no longer than one year, and to other positions for no longer than three months. The same person may not be reappointed as an acting official to the same position. This amendment will be enforced from 1 July, 2013. – See more at: http://www.csb.gov.ge/en/faq#sthash.QgK6uTRZ.dpuf