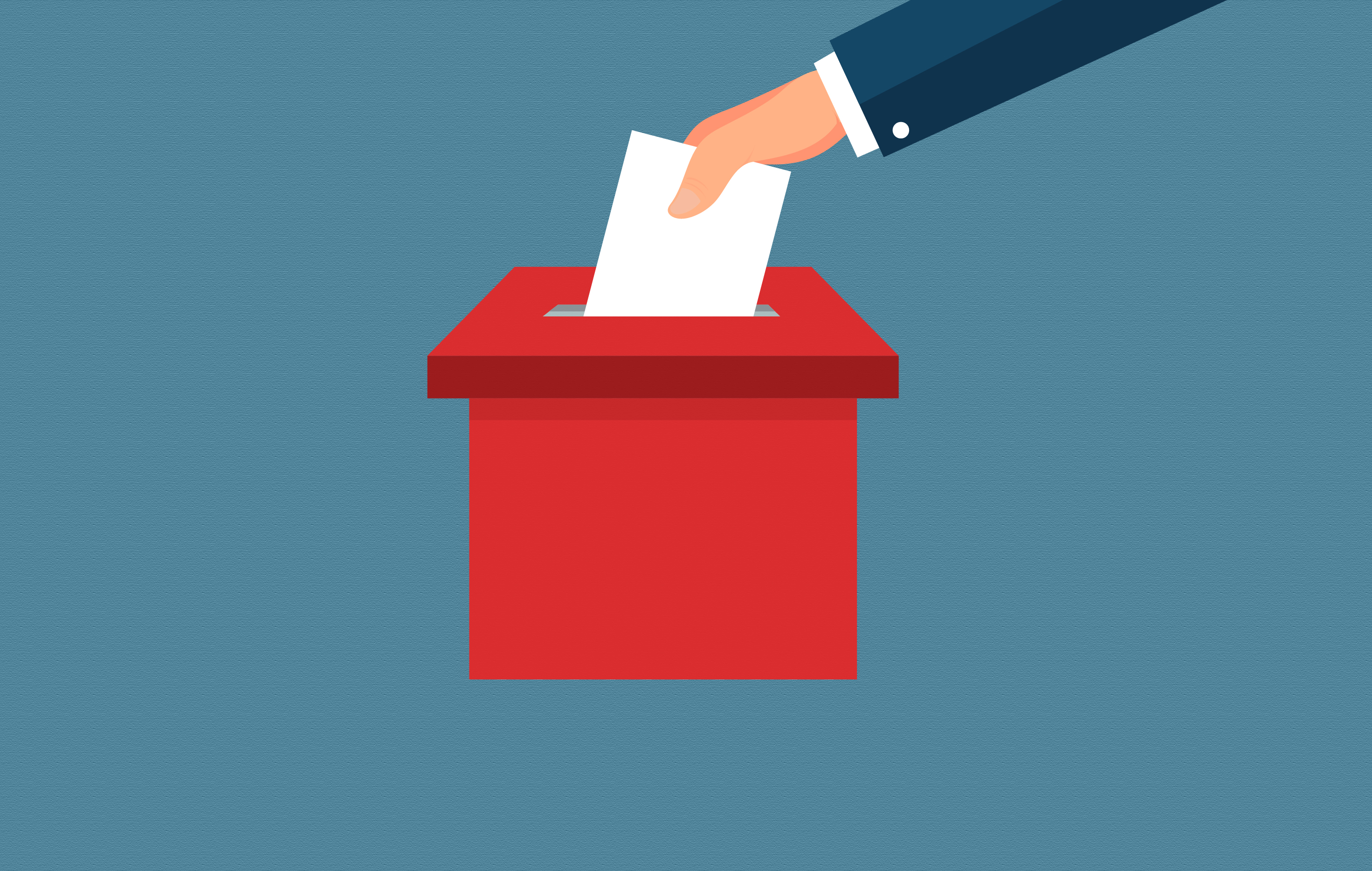 The postponement of elections can often have long and significant consequences in democratic nations. Particularly at risk are developing countries, where a political decision of this scale has the potential to exacerbate instability. On the other hand, holding elections amid the pandemic is accompanied by increased risks of spreading the virus, caused by crowds at polling stations, long queues, increased movement, and increased contact between people. Additionally, risk groups, such as the elderly and individuals with chronic conditions are likely to avoid polling stations due to COVID-related concerns. Therefore, if voter turnout is particularly low, the legitimacy of the final results may be called into question. At this stage, up to 60 countries and territories across the globe have decided to postpone national and subnational elections due to COVID-19. However, several countries, have decided to hold elections despite the threat. In this article, we will discuss both types of examples and present a preliminary analysis of the 2020 Georgian parliamentary elections.

Three main concerns are associated with the postponement of elections:

- Democratic rights: The states of emergency that have been invoked by several governments around the world, could well provide a pretext for those in danger of losing power to continuously cancel or postpone elections. As a consequence, the democracy will deteriorate. A case in point is Hungary, which recently passed a law, giving power to Viktor Orban to rule by decree for an unlimited period.

- Precedent: it sets a dangerous precedent for democracies, especially where governments may seek to cling to power.

Poland's presidential election scheduled for May 10th has been postponed. This should have been the first presidential election within Europe since the announcement of the pandemic. The ruling party tried to proceed with the elections by mail, but this method was disputed by the opposition parties, according to whom, it would not be possible to set up and implement a postal voting system on time, and in accordance with democratic standards. The ruling party's bill was passed by the lower house of the Polish legislative body but failed in the Senate, where a majority of votes belong to opposition parties. The Polish government also considered extending the term for the incumbent president by 2 years, as an alternative solution, however, this bill also failed. According to Human Rights Watch, "Parliament should ensure that the election process is predictable, free, and fair. It’s no solution to rush through a potentially flawed voting system or to postpone the election by two years.”

North Macedonia has postponed the April 12 parliamentary elections indefinitely. The decision was taken unanimously at a meeting initiated by the President, which was attended by the Chairmen of the parliamentary parties. It is noteworthy, that this happened before the declaration of a state of emergency in the country, while there were only about 20 infected people in Macedonia.

On April 21st, the Serbian government also decided to postpone its parliamentary elections until June 24th. Part of the opposition is actively criticizing this decision. According to them, the Serbian president (and the Chairman of the ruling party) is using the crisis to continue political self-promotion and his electoral campaign under the guise of the emergency. President Alexander Vucic relates all effective measures against the pandemic to his name and actively covers it through biased broadcasting companies. Meanwhile, all other parties have suspended their election campaigns due to the state of emergency. The incumbent President's rating has risen from 44% to 61% but is rapidly returning to its original level. According to analysts, manipulating the election date allows the ruling party to leverage the short-term, artificial advantage.

The spread of the pandemic in the United States coincided with the Democratic primaries. As a result, they were delayed in 16 states, including in New Jersey, Kentucky, Georgia, and Louisiana. Nevertheless, American experts argue, that postponing the presidential election is virtually impossible within the existing legislative framework. Moreover, there has been no historical precedent for this: elections were held amid the Civil War, the Spanish flu epidemic, and even amid the First and Second World Wars.

Local elections have been postponed by one year in the United Kingdom. The Liberal Democrats opposed this decision. According to Ed Davey, the party’s acting leader: "It is the right decision to delay local elections, but it is not clear why the government has decided to delay for a year, rather than until autumn as the Electoral Commission advised."

Elections Held Amid the Pandemic

South Korea overcame the peak of the pandemic earlier than other countries, a lockdown was never introduced, and 10,000 of the 11,000 infected have already recovered. Nevertheless, the Korean government has taken a series of measures to ensure the safest possible electoral process. In order to avoid crowds on Election Day, 11 million citizens (26.7% of registered voters) cast their ballots during early voting or by mail. Poll workers were instructed to regularly disinfect the premises. The staff was also equipped with remote thermometers and screened every voter. In case of a temperature above 37.5 degrees, the citizen was directed towards specific, isolated election booths. To enforce these additional measures, polling stations were staffed with 20,000 additional employees. It should be noted that despite the pandemic, a record turnout was observed. 66.7% of registered voters cast their ballots, the highest rate since the 1992 election.

Israel also held elections of its highest legislative body (Knesset) as planned. The members elected on April 9th, 2019, failed to select and approve members of the government, which led to the need for re-election. Elections were scheduled for March 2nd. At the time, only 10 people were infected in Israel. Therefore, the process went by relatively undisturbed. Up to 5,500 isolated citizens returning from abroad were provided with special booths, where they were allowed to cast their ballots, minimizing contact with the rest of the population.

France has a two-round system of local elections. The first round was held on March 15th. All polling stations were supplied with disinfectant solution and cleaning agents. Voters were instructed to bring their pens and maintain a one-meter distance in the queues. However, despite the security measures, the turnout was reduced by almost 20% compared to the previous elections. The second round was scheduled for March 22nd but was postponed to June 21 due to the lackluster first round and the increased risk.

A similar situation developed during the local elections in Japan. Only 34.1% of voters had cast their ballots thought the 15 prefecture elections by the end of April, prompting the opposition to demand postponement of the elections in Osaka and other prefectures. Despite the state of emergency, the ruling party and the Prime Minister, Shinzo Abe, deem the elections as a democratic necessity and do not support the postponement. Frequent disinfection of booths and pens is conducted at the polling stations, voters are obliged to wear gloves.

As a result of long negotiations between the ruling party and the opposition, a memorandum of understanding was issued from all the parties of the political spectrum. The new electoral law stipulates that 120 deputies will be elected via proportional representation, while another 30 will be elected from single-member constituencies. This will contribute to the increasing diversity of the country’s political environment. Elections are scheduled for October, but potential obstacles posed by the pandemic must be addressed. For example, President Salome Zurabishvili has already announced that elections will be held six months after the end of the state of emergency, which was lifted on May 22nd. However, difficulties may arise if the state of emergency is reinstated before October. Although the spread of the pandemic is currently under control, the threat of a second wave cannot be underestimated.

The government needs to begin discussions and work on anticipating and adapting to all possible scenarios for the upcoming elections. A few specific issues are of particular note:

Campaigning: the large rallies that typically mark elections will only be possible at the risk of exponentially spreading the virus. Virtual campaigning through social and print media (for those with access) and radio will have to suffice. In this case, it would be desirable for all political parties to have a mutual agreement on broad campaigning terms, to minimize disparity.

- Preventative measures to be taken at the polling stations: 1,825,054 voters (51.94% of registered voters) took part in the first round of the 2016 parliamentary elections in Georgia. It cost the Central Election Commission 36 million GEL to organize it. This year, the amount is likely to increase even more, as it is important to take some additional steps to minimize the risk of spreading the virus. During the 2016 parliamentary elections, the polling stations were staffed by approximately 45,000 individuals, this year, each of them will have to be retrained (made familiar with safety rules and procedures). Additional requirements would be: procuring disinfectants and sanitation equipment, arranging special isolated cabins for voters who cannot pass the screening, and introducing other necessary procedures.

- Alternative Voting Methods: Based on the above-mentioned international good practice, there is a clear need to improve the traditional electoral process. It should also be noted that the Georgian government has much more time to implement new procedures, than other countries discussed in this article. For example, in the case of Poland, postal elections are still considered as a major alternative. Also, the perspective of e-elections is relevant, considering that a significant part of the required IT infrastructure has already been introduced and is functioning in Georgia. In particular, the electronic ID card, which has been used since 2005 to conduct online elections in Estonia. The Minister of Justice, Tea Tsulukiani, stated that Georgia was ready to hold electronic elections, even back in 2015. However, cybersecurity issues need to be considered. Of particular note is the recent personal data leak. In March 2020, the private data of 4.9 million Georgian citizens were leaked on a hacker forum. A detailed study revealed that the list was last updated in 2011 and contains data on both deceased citizens and minors among others. The CEC stated that their official database, which includes only 3.5 million citizens, was never breached. Nevertheless, the leaked information contains ID numbers, addresses, names, last names, and middle names of many registered voters, which may be used to maliciously influence the elections.

In terms of implementation, the simplest method is the early-voting system, the success of which we have seen in South Korea. One-fourth of voters cast ballots in advance, easing crowds at polling stations on the election day. However, to implement this method, it will be necessary to open polling stations for a few additional days, which will undoubtedly increase the associated costs.

Postponement of the election may have been the only sensible solution in a number of countries where the date of the election coincided with the most critical phase of the pandemic. However, as we have seen from the example of South Korea, it is entirely possible to hold elections amid pandemic with the right planning and sufficient investments. Most importantly, this process should be transparent and open to media, and civil society organizations to identify and eliminate possible violations as early as possible.

Holding free and safe elections in October will be a significant challenge for Georgian democracy. Overcoming it will require innovative methods, additional investments, and efforts. The time factor is to be considered as well - there are approximately five months left before the elections. The government should start consultations with all relevant stakeholders and make democratic elections a top priority in a timely manner.