Summary of the Case IDFI vs Ministry of Finance 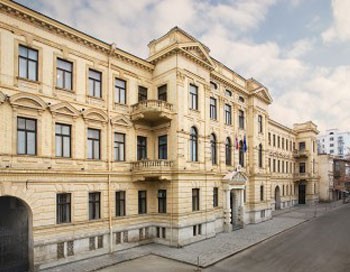 Taking into consideration pleas and legal arguments of the parties the court rendered the decision. The judge partially accepted our appeal and directed MoF to provide us with the information listed bellow in complete form. The court emphasized that these information constitutes open public information and the Ministry was obliged to disclose the data in complete form.

- Bonuses  received by high officials in 2013 (by month) indicating their names and surnames;

- Salary supplements received by high officials in 2013 (by month) indicating their names and surnames;

- Written statement (agreement) from supervising entity/official of conducting simplified procurements during the year of 2013;

- Information on vehicle maintenance costs for the year of 2013 (indicating the technical support provided, its date, type and costs);

- Representational expenses of the Ministry during the period of 2013 (indicating the event, its date, venue and the number of attendants);

- List of urgent procurements conducted during the period of 2013 indicating type, date, object and amount of procurement);

The court did not grant the appeal of IDFI linked with:

- Job related el-correspondence conducted by the Minister via official e-mail account during the year of 2014.

Discussing the issue of salary supplements and bonuses received by high public officials (indicating their names and surnames) the court ruled that the Ministry had violated the requirements of Georgian legislation by not providing us with the detailed information in the form requested. Precisely the information was not provided indicating names and surnames of the officials by months. The court highlighted that the essence of access to public information does not in itself include the possibility of administrative bodies to redirect those requesting public information to their web-pages even in case if the information is published in the form requested. In the given dispute the Ministry referred to the web-page of asset declarations www.declaration.gov.ge. The court ruled that asset declarations of public officials contain information on the summed amount of remuneration received by public officials during the previous year, hence IDFI was not given the opportunity to ascertain income of public officials in each month as well as integral components of the income (salary, bonus, salary supplement).

Regarding the issue of representational expenses and the costs of business trips abroad the court noted that the practice of redirected IDFI on the web-page of the entity could not be qualified as provision of information taking into consideration the fact that the data published on the web-page did not contain information on the expenses of each event as well as other details requested by IDFI.

The court placed special emphases on the issue of urgent procurements conducted by the Ministry, referred to the principle of budget transparency enshrined by Georgian legislation and highlighted that the refusal of MoF to provide IDFI with the information was not justified. As a result the Ministry was directed by the court to provide IDFI with detailed information on the number and type of urgent procurements conducted.

When discussing the issue of disclosing information in the form requested, the court emphasized that applicant chooses the form of disclosing information himself. In the given case taken into consideration the fact that the information was not requested by IDFI in digital format and more over bearing in mind that no detailed data was published on the web=page of the Ministry, it is unambiguous that MoF violated the right of IDFI and failed to fulfill its obligation.

The court did not accept the request of IDFI on disclosing information on e-correspondence of the minister conducted via official e-mail account during January 2014. The judge emphasized that digital documents differ from hardcopies in the form of its existence only and their contextual interpretation is identical. Digital documents as well as hardcopies meet the criteria of public information, if they are included in the process of document circulation of an administrative body and if an entity has the responsibility under the law to keep, protect and process the files. The court noted that, taken into consideration the fact the IDFI requested copies of e-correspondence conducted via official e-mail account of the Minister during the month of January 2014, without any reference to the content of the correspondence, there was no possibility to argue whether information should be deemed open public information or not.

The above discussed decision of the first instance court was appealed against at Tbilisi Court of Appeals. After hearing the arguments of the parties the appellate court fully agreed with the rationale of the first instance court. Hence, according to the ruling of Tbilisi Court of Appeals of January 21st 2015 the decision of Tbilisi City Court of September 29th, 2014 remained in force without any amendments.

The ruling of Tbilisi Court of Appeals was further appealed by the Ministry of Finance at the supreme Court of Georgia. Regardless of the decisions rendered by the first and the second instance courts the Ministry still refused to disclose detailed information on bonuses and salary supplements of high public officials, documentation on urgent procurements conducted during 2013, data on maintenance costs of ministry vehicle fleet as well as information on representational expenses of the Ministry. On May 1st, 2015 Supreme Court of Georgia received the appeal of MoF with the aim of ascertaining its admissibility. On July 23rd, 2015 Administrative Cases Chamber of the supreme court declared the appeal inadmissible. Art.34 of the Administrative Procedural Code of Georgia stipulates that an appeal at the Supreme Court of Georgia is admissible if:

a) the case in question is of significance for the development of the law and the establishment of uniform judicial practice;
b) the decision of the court of appeals differs from previous decisions of the Supreme Court of Georgia with regard to the cases of this category;
c) the court of appeals has reviewed the case with serious procedural violations that could have affected the outcome of the hearing;

2) Moreover the court highlighted that in case when detailed information is requested, it will be violation of their obligations by public authorities if they provide an applicant with summed data only, without indicating the details requested. E.g. the court highlighted one more time that asset declarations of high officials contain information on the income of high officials received during the previous year only and it is impossible to ascertain the income of officials per month as well as the types of income (salary, bonuses, salary supplements). Hence the court ruled that the reference to the web-page where only summed data is available could not be seen as provision of public information. In the given case the court also found problematic the practice of directing IDFI to the web-page of MoF where data on representational expenses was provided in a summed form without indicating the details requested in the FOI letter;

IDFI one more time calls on the MoF to execute the decision of the Supreme Court of Georgia and provide us with complete information in the form requested by the FOI letter of January 27th, 2014.

in addition, it is crucial for every public authority to take into consideration the rationale of the court in the given case, and do not question the openness of the information that the court ruled to be open public information in the dispute between IDFI and MoF. The said is particularly important in the case of the entities which have been demonstrating low level of access to public information recently.