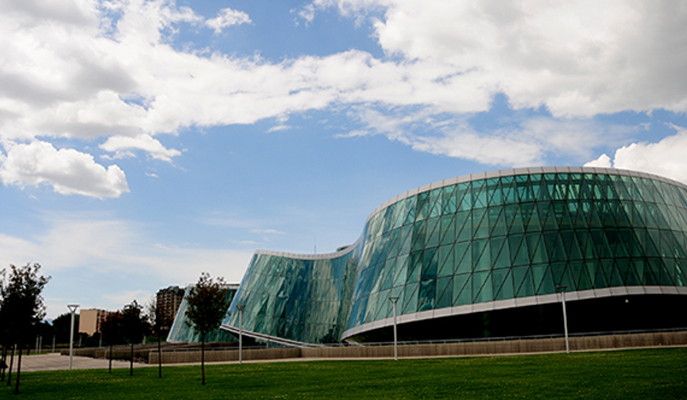 On April 7, 2016, the Supreme Court of Georgia declared the appeal of the Ministry of Internal Affairs (MIA) inadmissible. The ministry was appealing the decision of the first and second instances of court that obligated MIA to provide IDFI with complete information on salary supplements and bonuses of high ranking public officials.

The Administrative Cases Chamber of the Supreme Court of Georgia chaired by Nugzar Skhirtladze held that “The appeal of MIA had no prospect of success and the decision of Tbilisi City Court and Tbilisi Court of Appeals was in accordance with law”. Below we present a brief chronology of the case.

IDFI requested the information from the Ministry of Internal Affairs on 13th of June, 2014, however, the entity failed to respond to our freedom of information (FOI) request and ignored the administrative appeal, after which the Institute referred to Tbilisi City Court with the aim of protecting its rights and freedoms.

While the case was under consideration at Tbilisi City Court, the ministry tried to lengthen the duration of the trial through various ways. In several cases, ministry representatives were absent from hearings. In others, hearings were postponed, based on the motion of the ministry according to which the defendant was ready to provide requested information in complete form in the nearest future. In spite of postponing the hearing several times, the Ministry provided the information indicated in the appeal only partially and in incomplete form.

More specifically, even though IDFI had requested information on salary supplements and bonuses received by the Minister, Deputy Ministers and Heads of Departments only, the ministry provided us with aggregate information on the remuneration (salaries, salary supplements and bonuses) received by all high ranking officials at the ministry (including heads of ministry sub-entities and the Border Police). This made it impossible to separate out the information we had requested. Therefore, IDFI decided to continue pursuing its claim.

In the end Tbilisi City Court fully granted IDFI’s appeal by referring to the European Convention on Human Rights, provisions of the Constitution of Georgia and other domestic legislation, and made several important rulings:

The court emphasized a regulation enshrined by the law of Georgia on Personal Data Protection, according to which, personal data processing is possible for specific, clearly defined legal purposes, in cases when it is provided by law, is necessary for the protection of the legitimate interests of a third party, or is essential to protect significant public interest under law.

According to the rationale of the court, the society has the right to be informed on the amount of remuneration paid by public institutions to civil servants. This is an information of high public interest, therefore, public officials have the obligation to submit asset declarations. In addition, Article 41,1 of General Administrative Code of Georgia highlights that public bodies have the obligation not to make public information containing personal data, except for the personal data of high ranking officials.

The court ruling highlighted that since the Minister, Deputy Ministers and Heads of Department are high ranking officials and submit asset declaration, it is undisputable that the remuneration received by them for carrying out public duties constitutes open public information and must be available to any interested person.

In addition, the court decision emphasized that job related income includes not only salary, but also bonuses and other economic benefits provided by law. Therefore, information on salaries, as well as salary supplements and bonuses received by public officials should also be publicly available.

Tbilisi Court of Appeals fully agreed with the rationale of the first instance court. The Court of Appeals in addition emphasized the need of balancing the interests of personal data protection and freedom of information as indicated in the European Convention of Human Rights and Basic Freedoms. The court highlighted that the right to private life is not an absolute right and based on the Convention state parties are given the discretion to strike the balance between the right to private life and freedom of information, taking into consideration high public interest.


Judge Nino Kadagidze clarified that International Legal Acts as well as domestic legislation enshrine not only the obligation of states to protect personal data, but also the right to receive information. Increasing demand on public information constitutes an important part of a democratic society.

The court fully took into consideration the arguments presented by IDFI and emphasized that, in contrast with other persons, high ranking officials are not entitled to request full protection of their personal data. When agreeing to hold a high ranking position, public officials confirm their willingness to grant wider public access to the type of information that would be subject to legal protection in case of other public officials.

- The Supreme Court of Georgia

Unfortunately, even after the judgement of the Court of Appeals the MIA still refused to provide IDFI with the requested information. On the August 7, 2015, the ministry appealed the decision to the Supreme Court of Georgia. The MIA argued that the decisions of the first and the second instance courts was not in accordance with law.

IDFI believes that the sole purpose of appealing the decision to the Supreme Court of Georgia was to further delay the disclosure of requested information. The Georgian legislation as well as existing practice (including IDFI’s other court disputes) unambiguously highlight that information on salary supplements and bonuses of high ranking public officials constitutes open public information and each public entity has the obligation to disclose this data.

We hope that this case will bring an end to the malpractice of public entities, when they refuse to disclose detailed information on salary supplements and bonuses of high ranking public officials and instead direct interested parties to seek information in asset declarations that only contain yearly aggregate data on income.

We hope that the Ministry of Internal Affairs will fully enforce the court decision and provide us with complete information on salary supplements and bonuses received by high ranking officials. We would also like to express our hope that this court decision will finally set a high standard for the openness and accessibility of information on incomes received by high ranking public officials in Georgia.

IDFI calls on the Ministry of Internal Affairs to disclose detailed (by month) information on salary supplements and bonuses of high ranking officials indicating their names and surnames requested on June 13,2014, without any further delay.

Other Publications on This Issue
2013 Bonuses and Salary Supplements in the Ministry of Internal Affairs  |   29 November 2016
IDFI and GYLA Appealed to the Chief Prosecutor's Office to Launch an Investigation against the Ministry of Internal Affairs  |   19 November 2016
Public Information Database - Opendata.ge  |   7 August 2015
Appellate Court Decision on The Case of IDFI vs. MIA  |   6 August 2015
Court Accepted the Appeal of IDFI Against MIA  |   23 January 2015