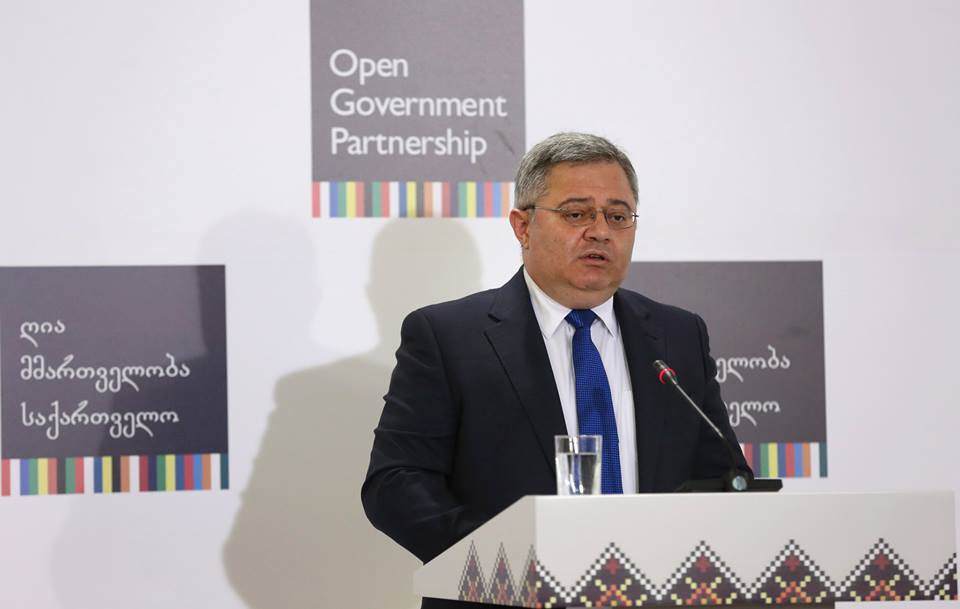 The European government representatives of the OGP participated in the conference. It is remarkable that the Conference was opened by representatives from three branches of state. Chairman of the Parliament of Georgia, Davit Usupashvili, along with the other representatives, addressed to the participants of the International conference. The chair of the parliament noted that:

“The state governance must be for the open citizens and we, the ones who are trusted to solve public issues, must always feel accountable in front of our citizens and must try not to only inform but to involve them in the governing process. At the same time, our experience assured that adoption of a law is an important step forward, but is not enough to be implemented in real practice. That’s why I’m proud to be the representative of that political power, that recently took most important and effective steps in this direction and today the “young state” by our comparison is among the leading states.

The Open Parliament Georgia Working Group was established within the frames of the project of “Supporting Parliament of Georgia Involvement in Open Government Partnership”. The project is implemented by the Institute for Development of Freedom of Information (IDFI) with the partnership of the Parliament of Georgia within the joint project of the European Union (EU) and the United Nations Development Program (UNDP) “Strengthening the System of Parliamentary Democracy in Georgia”.