On 25 February 2020, Georgia marked 99 years after the occupation of Georgian by the Bolshevik Red Army. Within the frame of the project “Enhancing Openness of State Archives in the Former Soviet and Eastern Bloc Countries”, comprising the component of memory studies, the Institute for Development of Freedom of Information (IDFI) actively works on increasing the awareness about the Soviet occupation in the society. Within the scope of the same project. IDFI planned and carried out several activities related to the Week of the Soviet Occupation. The target audience of the activities organized by IDFI were pupils, students, researchers of the Soviet past and related fields as well as the representatives of the legislative organ, private and public sectors in Tbilisi and the other regions.

On February 22, the David Agmashenebeli National Defense Academy of Georgia and #IDFI organized a study tour close by Kojori and Tabakhmla, where the fierce battles with the Red Army took place in February 1921. The study tour was held for the cadets of the National Defense Academy of Georgia and the students of the Free University. Anton Vacharadze, the head of the Archives, Soviet and Memory Studies direction at #IDFI, reviewed the historical facts that took place in the Caucasus region during 1920-21 years. Historian Dimitri Silakadze showed the students and cadets the trenches where the actual battles were taking place. During the study tour, participants were introduced to the history of the Georgian army of that time and the heroism committed by officers, military, and cadets on the battlefield. The support of the National Defense Academy in organizing this tour and helping IDFI should be noted. The Academy provided the participants with transport and after the tour, they hosted the students and organizers to dinner. 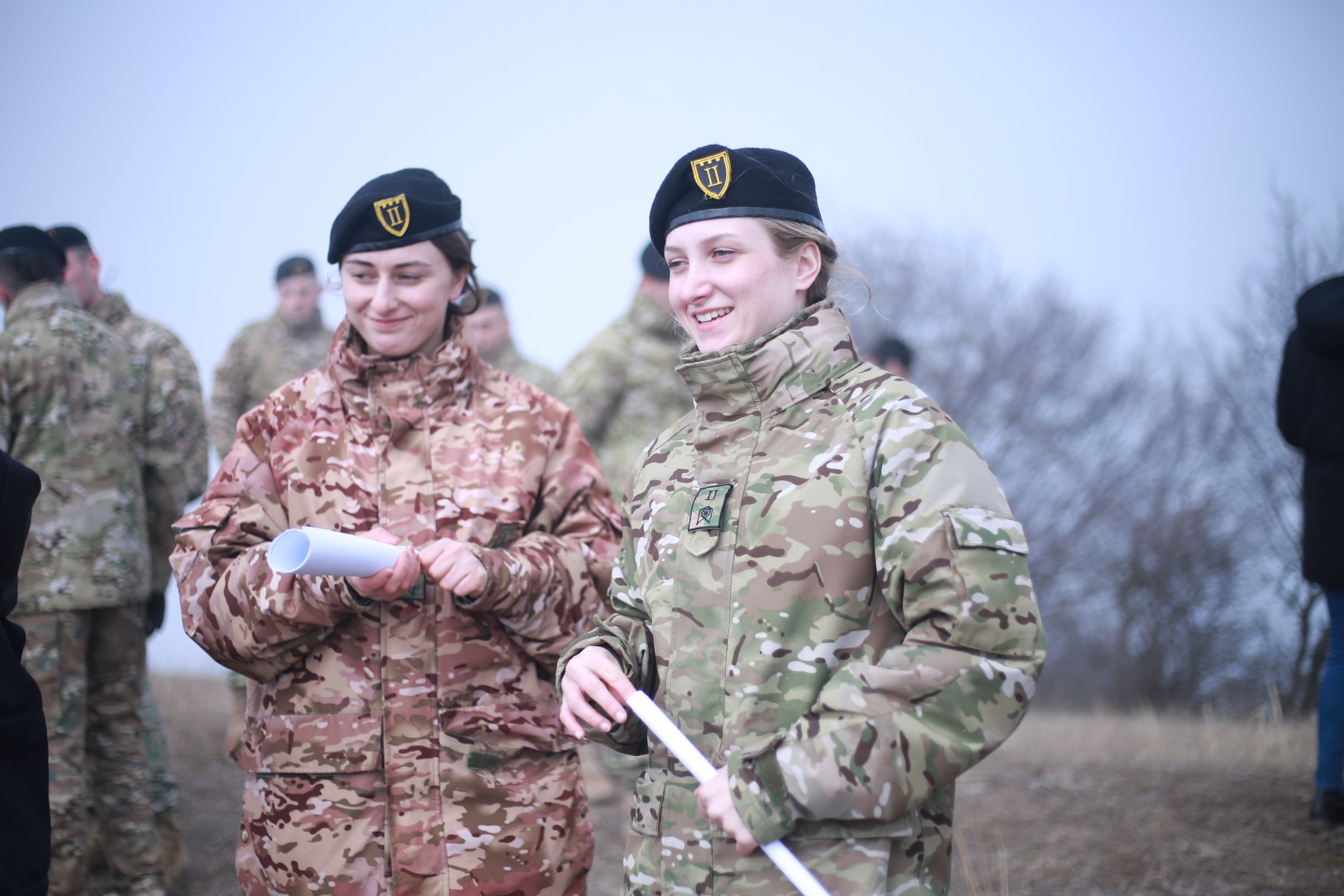 Cadets of the National Defense Academy of Georgia

On February 24, #IDFI hosted school students of N8 Khashuri Public School. During the visit, Anton Vacharadze, the head of the Archives, Soviet and Memory Studies direction at IDFI, and analyst, Megi Kartsivadze talked about the First Republic of Georgia, the Soviet era and the independence of the country. The discussion mostly concerned the European course of the country as its historical choice. Anton Vacharadze talked about the relationship between the government officials of the First Republic of Georgia and the European states in detail. Also, he provided the students with information about the ideas of the founders of the First Republic about Georgia’s Western course and the damage caused by the Soviet occupation. Anton Vacharadze talks about the Soviet repressions as well as propaganda under which Georgia spent 70 years. Besides the Soviet period, the discussion concerned the current Russian-Georgian relations and Russian occupation. As part of the lecture, representatives of IDFI and students discussed how Russian propaganda distorts the various parts of Georgian history, what is the role of freedom of speech, access to public information, and archival openness in the fight against disinformation. Guests also got acquainted with various archival documents about the First Republic of Georgia and Stalinist repressions. 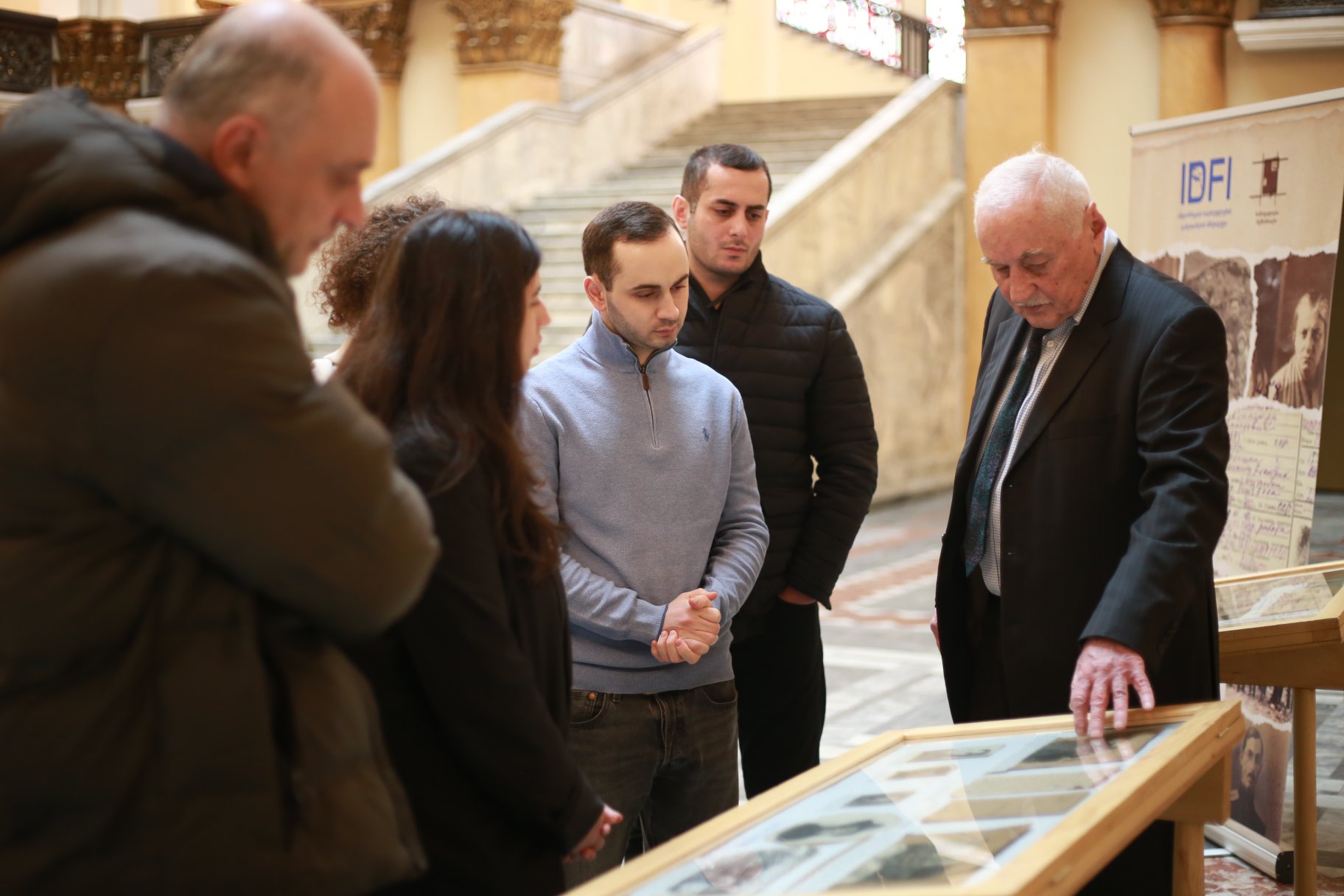 On February 25, with the initiative of the society Memorial, IDFI organized an exhibition in the Parliament of Georgia dedicated to the 99th anniversary of the Soviet occupation of Georgia. Various archival materials and stories, describing the invasion of the Bolshevik Red Army in 1921, Soviet terror and personal tragedies of different people, were displayed at the exhibition. The head of Memorial, Guram Soselia opened the exhibition and presented the archival materials and photo documents. The unique photo documentation, depicting the Georgian captives at the Solovki and Narym prison camps, the newspapers printed by these people in exile, letters sent to their families and other important documents, is preserved in the Memorial Archive. Guram Soselia talked about the origins and content of each of the represented documents. The talk concerned the invasion of Red Army in Georgia in 1921, personal tragedies of the victims of the Soviet terror and the stories that clearly describe the malice of the Soviet regime. The exhibition continued until the end of 25 February and the Parliament employees, MPs and visitors had a chance to see the displayed materials during the whole day.

On February 25, IDFI organized the meeting in Samtredia Municipality City Hall. At the meeting, Anton Vacharadze, the head of the Archives, Soviet and Memory Studies direction at IDFI, writer Irakli Makharadze and playwright Guram Megrelishvili spoke about occupation and Sovietization of Georgia. Up to 200 students of the Samtredia public schools attended the meeting. At the end of the lecture, an entertaining competition was held and the winners were given the books. 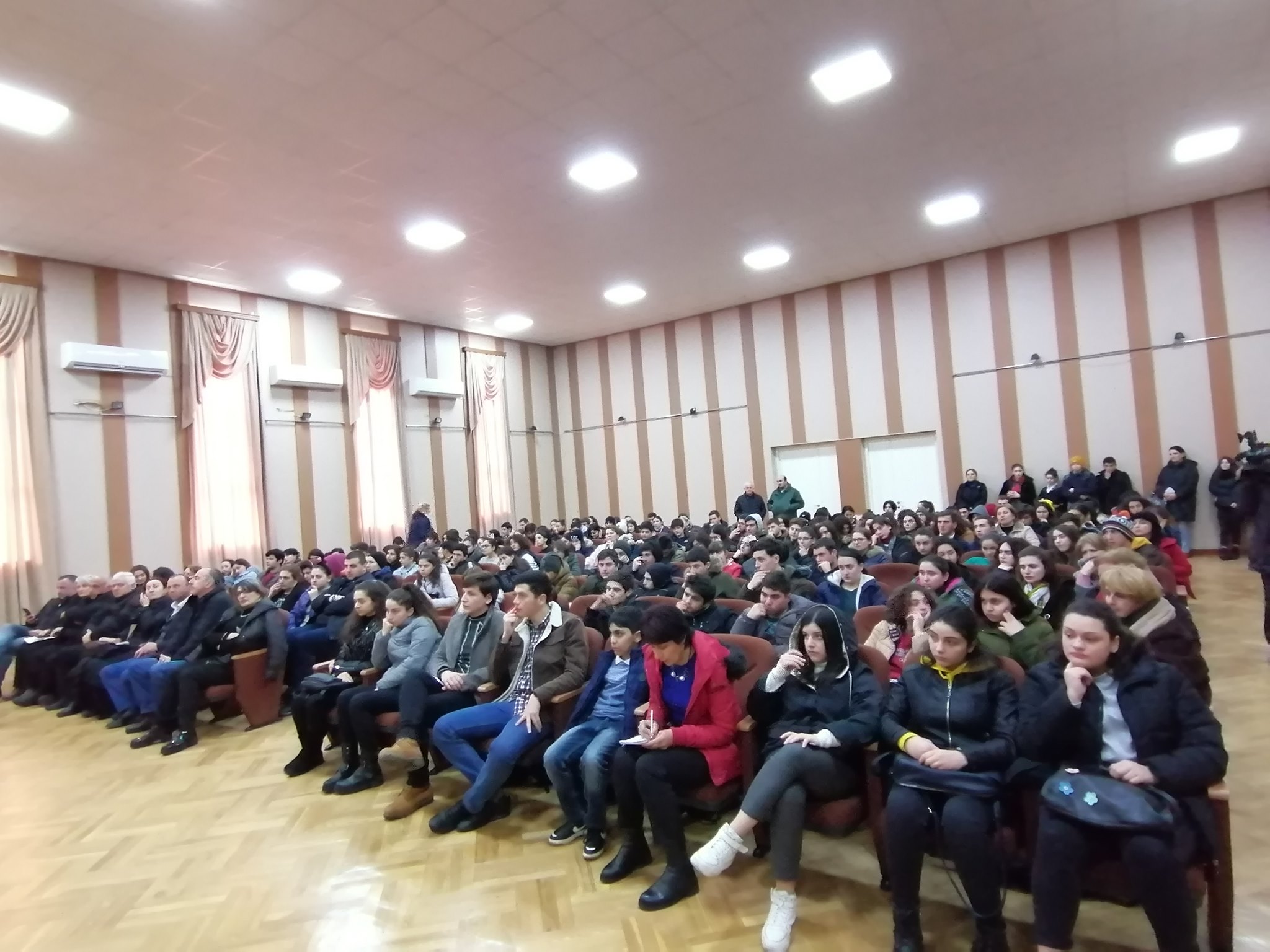 IDFI continues working on the Soviet memory studies, the spread of the information about the Soviet terror, popularization of the stories of the victims of repressions and the rethinking of the Soviet past. Through the 2020 activities, the organization managed to access the large audience – pupils and students as well as the representatives of private and public sectors in Tbilisi and the other regions. In the future, IDFI plans to organize educational tours, exhibitions and public lectures for increasing the public awareness about the Soviet past, which is of paramount importance for rethinking the totalitarian past and the development of democratic institutions.

The 2020 Educational Week dedicated to the Soviet occupation was a great example of the collaboration between the public and private sectors for which IDFI would like to express its gratitude to the Parliament of Georgia, the National Defense Academy of Georgia and the Samtredia Municipality City Hall!