Round Table - Strengthening the Institute of Whistleblower Protection in Georgia 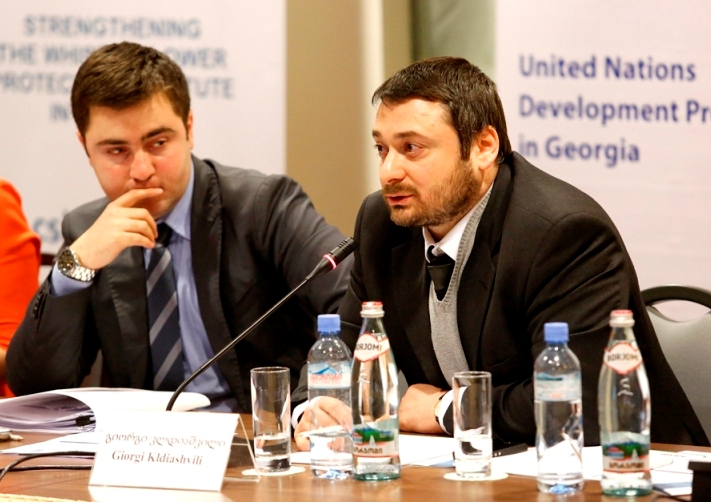 On April 6th, 2015 a round table - “Strengthening the Institute of Whistleblower Protection in Georgia” was held. The event was organized by Civil Service Bureau, with the support of United Nations Development Programme (UNDP) and Kingdom of Sweden.

The recommendations of civil society on how to address existing gaps and challenges in Georgian legislation was presented to the audience by the Director of IDFI, Giorgi Kldiashvili. Giorgi Kldiashvili also highlighted the importance of whistleblower protection in a democratic society and discussed the steps to be taken regarding the issue of whistleblower protection in Georgia within the auspices of Open Government Georgia (OGP).

IDFI will also be actively involved in the process of training public servants on the issues of whistleblower protection. Nino Merebashvili, legal specialist of IDFI completed the special course of ToT on whistleblower protection institute in Georgia. The training was completed by 11 other representatives of administrative bodies, nongovernmental and international organizations.