The Rise of Bureaucracy in Georgia 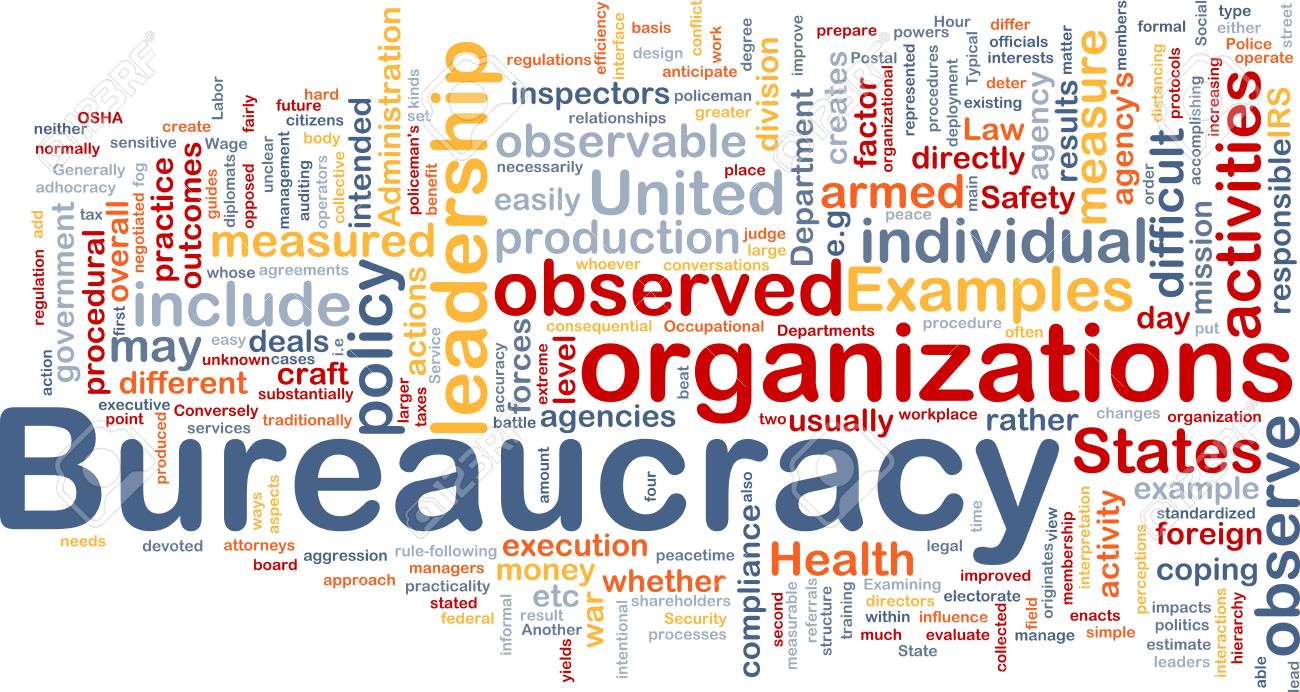 The process of forming statehood, civil service and bureaucracy in Georgia turned out to be full of equally complicated and contradictory challenges and mistakes. Despite initiation of the reform and numerous amendments to the legislation, none of the governments of Georgia managed to create stable and depoliticized civil service. This has several factors: severe social-economic environment, high level of unemployment and low level of political culture.

More broadly, the problem is in the deficit of institutionalism, in forming a system of institutional democracy, lack of knowledge and experience in administration. It should be mentioned that there is a deficit both in governmental and non-governmental/private sectors. There are other factors, such as - low level of civil engagement, abundance of politically motivated or subjective decisions.

To give a simple example: If the goal is to reduce unemployment (solve the problem of unemployment) by creating jobs in public sector, then the increasing pace of employment in civil services is understandable, yet faulty and unacceptable. Through different decisions, the government should create the environment where jobs can be created in private sector, whereas the civil sector should be small, mobile, stable, professional, efficient and neutral. General conclusion can be drawn – the absence of prioritized problems, as well as clear and plausible/attainable goals causes inefficiency of the civil services, high costs and growing bureaucracy.

According to US Secretary of State Treasury Jacob J. Lew:

“The budget is not just a collection of numbers, but an expression of our values and aspirations.”

If we take the number of people employed in public sector (civil service and LEPLs) and complete workforce of the country, as well as the statistical data on the most vulnerable social groups, we will get the following picture: every 6th employed person and every 3rd hired person works in the public sector and their remuneration amounts to 2 billion 422 million GEL. According to the national statistics office of Georgia, Georgia’s workforce is 1 991 000, employed population - 1 745 200, hired population - 692 300.

According to the budget bill and budget execution report, the biggest share of those 692 300 employees are civil servants - approximately 320 000 (280 602 - public sector, civil service[4] and LEPLs[5], approximately 13 000 in the municipalities[6]. There is no unified data on the number of employed in public non-entrepreneurial legal entities, LEPLs or public/state enterprises. However, the number is probably around 20 000).

According to data of October 2015, the number of beneficiaries of subsistence allowance/pecuniary social assistance reached - 356 539[7]. If we multiply 320 thousand by 3 (this includes members of the families), we will get an astounding number dependent on those jobs in the public sector. It is impossible to plan the development economy, where the biggest employer is the public sector or the one that is not oriented on growth. The public sector does not produce a product (an added value), from the financial point of view, it is only consuming. Taking this into consideration, the increase in bureaucracy automatically increases the costs of civil service, which weighs as an additional burden on the taxpayers.

Such an increase will be reflected in the budget, which, if managed via modern standards of programming, would rule out ungrounded and unjustified increase in bureaucracy. Since January 1st 2010, the introduction of the budgetary code of Georgia should have been followed by significant systemic changes and reforms, which was supposed to decrease and optimize bureaucracy.

The same directive ruled that the government of Autonomous Republic of Abkhazia, Batumi, Kutaisi, Rustavi and Poti should have made a program budget for at least one priority area. Since 2012, the budgetary system of Georgia, its central part and the biggest municipal budgets should have been based on programmatic approach. The obligations determined by the budgetary code and the above-mentioned decree have not been fulfilled.

Later the government made a waggish and awkward decision. On February 21 of 2012, when the budgetary year of 2011 was over and the spending entities had already violated the obligation of preparing the budgetary program, the government issued decree #303[10], introducing amendments to the decree #284 and “legalizing” violated obligations. All these clearly indicates the attitude toward the law and budgetary program. Even more worrying is the fact that similar attitude still exists. Budgetary program is the best way to resolve the problems related to effectively using public finances. Effectively utilizing public finances means making objective and well-grounded choices on human resource allocation and excluding subjective decisions in this regard.

In itself, not even program budgets are enough to solve the problem. The issue at hand is of a greater scale and is systematic without public policy reforms.

In spring of the current year, the government introduced the Strategy on Planning the Reform, which states:

Despite the fact that Georgian legislation requires the formulation of specific documents, it does not ensure systematic and consistent work on policy planning. More specifically, following problems were identified:

Having recognized and identified the existing problem, it is ambiguous why, instead of resolving the issue now, the government decided to do so in 2016, during the pre-election period, when their term is ending and when the legislative and executive institutions have little legitimacy to initiate reforms.

It is noteworthy that the government admits the systemic mistake made not too long ago during the planning of the reform strategy. With the decree #400 of 2014, the government approved the ‘Social-Economic Development Strategy - Georgia 2020’ [12], which should have been the basis of the budgetary projections and state, autonomous and municipal budgets. It means that ‘Georgia 2020’ was presented as the document for the development strategy, while in the policy planning reform strategy ‘Georgia 2020’ is discussed as merely a sectoral strategy. It states: “One of the sectoral strategy is ‘Social-Economic Development Strategy - Georgia 2020’”. However,the website of the Ministry of Finance of Georgia, refers to the strategy as the ‘country’s development strategy’ and in general, this document is considered to be the strategic document determining the direction of Georgia’s development [13].

In systemic terms, it is contradictory not to separate regional and sectoral strategies on the central level, which causes parallelism, institutional conflicts, double bureaucratic costs and low levels of accountability. This will finally be reflected on the quality of projects oriented on regional development, therefore on the quality of life of the people living in those regions. on 11 February 2015, ‘Strategy of Development of Agriculture in Georgia 2015-2020’ was approved with the government decree #167 [15]. Considering the content and the profile of the executing ministry, this document should be sectoral.

Contrary to the abovementioned, one of the directions defined by the strategy is regional and sectoral development - supporting the production development of the value adding cycle, which includes the formulation and the support for implementing investment plans in agriculture and other priority sectors. The document states (measure 3.4.1.): “The ministry of Agriculture, with other entities and in cooperation with the employees of self-governing institutions, will formulate the policy for the development of agriculture, which will consider local, social, economic and cultural specificities”.

If the responsible entity for reforming self-governing institutions and formulating regional development policy is the Ministry of Regional Development and Infrastructure, the agricultural development policy remains ambiguous - how the reform should be planned and directed without considering municipal (self-government) or regional context. Moreover, there is a high risk of parallelism or institutional conflicts when the quality of responsibility is significantly reducing.

And finally, the most recent practical example - the decision that clearly indicates the contradiction, the lack of unified systemic vision at central level, stimulating the growing bureaucracy. As I already mentioned, with the reform strategy and action plan of policy planning, the government plans to prepare and introduce legislative regulations for policy planning during 2016. One of the governmental institutions - the Ministry of Regional Development and Infrastructure introduced the bill on “Regional Development Policy and Planning” during the local self-governing institutions’ national association conference [16] on November 26, 2015.

While the government plans and publicly proclaims the necessity of customizing the whole system, the government is preparing legislative customization of only part of the system. ‘Georgia 2020’ is known as a strategic document, upon which all the central, regional and municipal programmatic documents should be based on. As already mentioned, the policy planning reform strategy does not consider or refer to ‘Georgia 2020’ as a strategic document. It is only labelled as a sectoral strategy, which does not even have an action plan.

The fact that the legislation attributes additional functions to governors outside the constitution and that the role of self-governing entities in the decision making process, such as creation of region or the formulation of strategic and programm documents is neglected, is intentionally excluded from the discussion. The legislation includes the transformation of existing regional advisory councils into administrational entities under governor, which will presumably increase the costs of bureaucracy and administration. In addition, according to the legislation, it is planned to establish agencies with the participation of governors and municipalities, which would naturally increase the number of employees and the costs of maintenance.