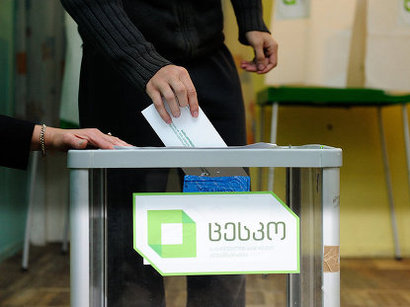 The results of the October 8 parliamentary elections raised fears in the Georgian society that the country’s peaceful and democratic development could possibly face serious challenges.

As a result of the existing unfair election system, which was not reformed despite the government’s pre-election promise to do so, a single political party could gain a constitutional majority in Parliament despite having received only 49% of votes in an election with an unprecedentedly low turnout (51.6%).

Unfortunately, the expectation that the elections would result in the formation of a multi-party Parliament, where decisions would have to be consensus-based, where there would be healthy political competition and a balance between various interest groups, was not fulfilled.

Unlike the previous (2012) Parliament, which was composed of a multi-party ruling coalition and a single opposition party, the new Parliament will include only two monolithic parties that are radically opposed to each other. These two political forces are further supported by polarized voters and media. The recent elections also weakened all other political parties and removed them from all governance processes.

In the new two-pole system the ruling party will have an easier time in reaching internal consensus, while the opponent party will not have any real leverage to influence the decision-making process. This will raise the probability of confrontation in the public sphere and, therefore, cause instability.

Full concentration of legislative and executive power in the hands of a single political party is a considerable challenge and burden for the party itself. Gaining constitutional majority means not only that the ruling party will have the ability to amend the country’s highest law on any issue single-handedly and without real consensus, but also that it will be under heavy responsibility to fulfill all of its pre-election promises at any cost.

This concentration of power in the hands of the ruling party creates significant challenges to Georgia’s still fragile democratic system, since:

• It has a negative effect on all parts of government (court, law enforcement, local government and civil servants) where public servants and officials choose to exercise more self-restraint. This is especially dangerous for the judiciary;

• The judicial process may be reduced to a formality, the executive and legislative branches of government may begin to merge, and the decision-making process may speed up due to total rejection of opposing opinions;

• It is unlikely that in a system of governance, where the ruling political party will unilaterally form the government, the Parliament will perform its main function of controlling the executive branch. This, in turn, will increase risks of corruption and lobby based governance;

• Criticism of the government’s decision-making by the civil society and its support from the parliamentary opposition will marginalize civil society organizations and increase negative attitudes towards them. Political parties that were left outside the Parliament will find themselves in a similar position;

• Considering the challenges currently faced by global politics, it is unlikely that the international community will exert any kind of influence on Georgia’s internal politics. Decisions made through such carte blanche without public participation hold risks of creating social instability.

A maximum concentration of power in the hands of one political party leads to deterioration of the system of checks and balances in any system of governance. In a transition democracy, such as Georgia, this holds even greater risks.

All of the above characteristics were present during the previous government, which concentrated maximum power after the 2008 parliamentary elections. Both the Georgian society and the current ruling party, which conducted its political activities as the opposition under constitutional majority, should remember what consequences such governance can have.

The public cannot simply hope that the ruling elite will exercise self-restraint and ensure maximum involvement and participation of all interested parties in the processes of governance. Therefore, it is necessary to create specific mechanisms or use existing formats to minimize the risks of uncontrolled use of power.

First of all, the ruling party must express the political will to do so and launch permanent dialogue with all stakeholders. Independent media, civil society and opposition parties must also work towards controlling the government. Finally, having an independent, impartial and transparent judicial system becomes critically important.

From existing formats, I would like to draw your attention to the Permanent Parliamentary Council on Open and Transparent Governance, which was created on December 30, 2015 by the Chairman of the Parliament based on IDFI's recommendation and the support of international organizations. The Council is based on the principle of inter-factional work and is responsible for developing and implementing Georgia’s Open Parliament Action Plan, which is aimed at democratic transformation of the Parliament’s internal system.

The 2016 action plan that was developed with the help of non-governmental organizations includes commitments, such as approval of a Code of Ethics for MPs, improvement of citizen participation mechanisms in constitutional amendment processes, introduction of an obligation to substantiate changes made in session agendas and so forth.

Fulfillment of these commitments will significantly improve public participation in the governance process and transparency of the legislative process, and will introduce new oversight mechanisms of Parliamentary activities. However, the political will of the government remains a prerequisite to any of these changes.