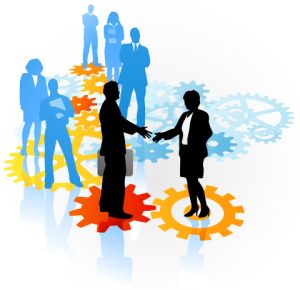 In the study titled Advisors in Public Institutions IDFI tried to ascertain the identity of the persons who advise and recommend ministers, deputy minister and heads of other public institutions. IDFI was precisely interested in the information on the professional experience, responsibilities and salaries received by the advisors.

The study was prepared based on the public information, requested and received from 95 public institutions. It covers the period from September 2014 to November 2014, though some data from December 2014 and January 2015 is also covered by the report. During the research period, information on minister/deputy minister advisers in 2011-2013 was analyzed and considered.

In addition the study showed that no unified standard determining duties and responsibilities of advisors is implemented in public institutions.

The analyzes of adviser job descriptions showed, that in a number of ministries advisors have same duties and responsibilities as already existing departments of the ministries. In some ministries advisors fulfill the duties of assistants or their functions are mixed with the ones of technical personal. This practice suggests ineffective management of resources by public institutions.

In a number of public institutions duties and responsibilities of all advisors are either similar and/or very general. E.g. Minister of Culture and Monuments Protection has three advisors (as of September 26th 2014). All three of them have the responsibility to fulfill such general functions, as taking active participation in the activities of the Ministry, promoting new initiatives, attending the events of the Ministry and taking steps to higher their qualification.

Besides the abovementioned problems and examples, the given study has revealed a number of facts, upon analysis of which we may assume that there were cases when persons with lack of work experience or competence were appointed at the position of advisors to heads of public institutions. It is hard to define the criteria by which these persons were selected for the position; hence such facts raise reasonable doubts of nepotism.

Based on the information provided by the Ministry of Environment and Natural Resources Protection of Georgia, Minister Elguja Khorkishvili appointed three persons in July and September, 2014 on the position of advisers. All three of them have previously been employed at the Ministry of Regional Development and Infrastructure of Georgia for the period when the office of the Minister was held by Elguja Khorkishvili. Moreover, one of the above-mentioned advisers was employed at the Municipal Development Fund of Georgia immediately after graduating from a BA Program in Economics and Business Administration. During this period Elguja Khokrishvili held the position of the director of the fund. One of these advisors was born in1990, the other in 1991, nevertheless at the age of 23 and 24 they succeeded to hold a position of adviser in two different public institutions.

The position of an adviser for the Minister of Regional Development and Infrastructure of Georgia was held by a historian Besik Popkhadze, the brother of Gedevan Popkhadze.

In contrast to Dimitri Javelidze, second advisor of the head of MIA Border Policy of Georgia, Giorgi Kurashvili has been working at Law Enforcement Agencies for years (1989-2004). After 10 years of unemployment he was appointed as an inspector of extraordinary issues (advisor) of the department of Coast Guard at MIA Border Policy of Georgia. In about month and a half he became an advisor of the same public institution.

As a result of analysis of the information provided to IDFI about working experience of the Advisors (their CVs), as well as asset declarations it becomes clear that a number of advisors may be Intelligence officers (ОДР - офицер действующего резерва),in other words, security officers of the Ministry of Internal Affairs of Georgia.

As it becomes clear, the advisor of Minister of Environment and Natural Resources Protection of Georgia, Giorgi Mezvrishvili (as of September, 2014), the advisors of Minister of Culture and Monument Protection of Georgia, Zurab Geguchadze (as of September 26th, 2014) and Davit Ghoniashvili (as of August 2014), the advisor of the Minister of Agriculture, Giorgi Ukleba (as of November 19th , 2014) were employees at the Ministry of Internal Affairs of Georgia. This is revealed by their asset declarations submitted in the last years.

Memorandum of Cooperation was signed between IDFI and the University of Georgia.