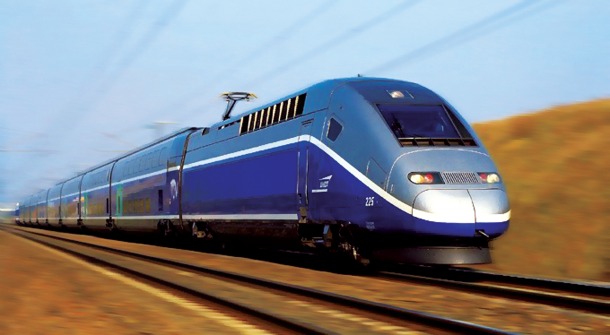 “Each Member State shall establish a single national regulatory body for the railway sector, this body shall be a stand-alone authority which is, in organizational, functional, hierarchical and decision-making terms, legally distinct and independent from any other public or private entity.” [3]

The main aim of creating a regulatory body is to ensure non-discriminatory access to railway infrastructure, so that the infrastructure manager does not abuse its dominant position. Many regulatory bodies undertake a number of other functions that are not strictly related to requirements under this Directive, such as the issuing of Railway Undertaking licenses or acting as the National Safety Body for the national railways. [4]

In Belgium, Denmark, Finland and Sweden rail regulation is undertaken by a wider transport regulatory organization.

In certain countries, such as – Germany, Denmark, Estonia, Lithuania and Luxembourg, the regulatory bodies are part of a wider organization responsible for all types of regulated industries [6].

The main strength of having a purely rail focused regulatory body is that the core competencies and experience of the staff within the team are rail specific and the regulatory body is tasked with supporting the development of only the rail sector. This facilitates the development of rail industry knowledge and skills among the staff; it may also mean that wider transport issues are ignored. As a result some Member States have opted for a regulatory body with a wider, cross-transport role. This means that issues of competition and discrimination extending beyond the rail sector can be considered in a wider context. In addition, lessons from the liberalization and regulation of different transport modes can be more easily transferred. However, there remains the risk that, within this framework, rail issues are sidelined to take account of wider transport issues and that the specific problems (such as the current limitations in interoperability) receive insufficient attention.

Integration of rail regulation into a body responsible for general utilities regulation, as in Germany and Estonia, facilitates the transfer of experience and learning across sectors. This can be particularly useful where common issues arise, for example in relation to the allocation of common costs for the purposes of access charging or determining an appropriate rate of return on the regulated asset base. In these circumstances, it is important to ensure that the governance and constitution of the regulatory body do not conflict with the particular requirements of Directive 2001/14/EC and that the necessary skills and resources are available. However, there is no suggestion that such issues have arisen in the particular Member States adopting this regulatory model [7].

Moving away from a dedicated rail industry regulator may also result in a more efficient outcome. For example, back office functions might be shared across sectors, while staff with expertise in economic regulation could transfer between sectors according the workload of the different regulatory departments. There are therefore clear advantages in a multi-sector model providing the independence of decision making is not compromised.

Most of the regulatory bodies are fully or partially financed by the state, based on their market regulation activities. With the exception of UK, no other regulatory body receives finances from safety related activities, a reflection of the role of the state in ensuring safe operation of public transport systems in most countries. In case of UK, where Office of Rail and Road is fully financed by the sector, financial resources for regulatory activities of the market come from license fees, whereas the functions related to health and safety are financed by means of a railway safety levy. [9]

Level of Independence from National Ministries

The main idea of the above-mentioned directive is to ensure the independence of the regulatory body from the government control. Currently, regulatory bodies belong to one of the following categories (updated to February 2011):

Regulators that are completely independent of the relevant government department or ministry and key market players and are funded by the industry. This is the case in the Czech Republic, Germany, Greece (transition to be completed shortly), France, Lithuania, Luxembourg, Hungary, the Netherlands, Austria, Finland, Sweden and GB;

The main aim of establishing a regulatory body is to create an entity that oversees the development of an undistorted rail market (market, where prices are not distorted by government’s interference), that is informed but not swayed by industry interests and that provides certainty in the market by removing potential risks associated with political interventions. [11] The directive calls for the regulatory body not to be subdued to political control, nor on the infrastructure manager or a railway undertaking.

Independence from industry and government is desirable for any regulator. This is because the decisions of an independent regulator are more likely to be, and be perceived to be, free from vested interests and consequently less liable to controversy and legal challenges. Independence reduces the scope for ‘regulatory capture’ – when a regulator champions special interests, such as short-term industry objectives or political outcomes – rather than upholding the public interest. A clear delineation of tasks is needed between the government as policy maker, the regulator as referee, and industry players as infrastructure and service providers. [12]

Economic regulation should be independent of any railways industry player; this is even more critical after introducing competition, to maintain a level playing field and the perception of fairness.

Regulatory Bodies as a part of Government Departments

Including the regulatory body within a government department, while technically compliant with the legislation, may undermine its independence. This is particularly the case where the department is a shareholder in the incumbent train operator or infrastructure manager. In these circumstances, the department may have a strong incentive to influence regulatory decisions in order to benefit the party in which it has a direct financial interest, for example by rising access charges above efficient costs in order to reduce the public subsidy.

As set out above, 12 regulatory bodies are integrated within the relevant national government department responsible for transport (although two of these, the Belgian and Italian RBs, are technically independent of government). It should also be noted that in Spain and Romania the regulatory body is a department without autonomous decision making powers within the Ministry of Transport. [13]

As mentioned above, the Georgia-EU AA includes a provision about creating a regulatory body in the railway sector until August 2022. Until then, relevant government entities should respond to several questions:

Should economic and safety regulations be combined in a single body?
Should rail have its own regulator or share a regulator with other sectors?
Should the regulator be designated as an agency or an authority (implying more independence)?

The ORR was established as the Office of Rail Regulation on 5 July 2004 by the Railways and Transport Safety Act 2003, replacing the Rail Regulator. It acquired its current name on 1 April 2015 following the passage of the Infrastructure Act 2015, when the ORR gained responsibility for monitoring highways. http://orr.gov.uk – [5]