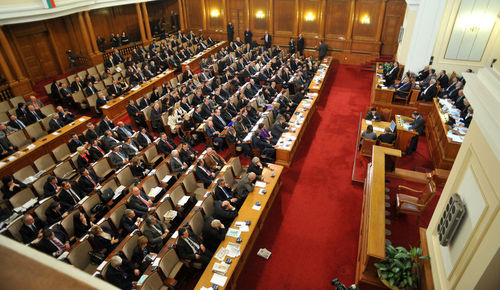 On October 6th, 2015, the Bulgarian National Assembly adopted at first reading amendments to the Access to Public Information Act (APIA). In the beginning of 2014, the Access to Information Programme (AIP) launched a nationwide public consultation on the necessary amendments to the access to information legislation. After holding discussions and consultations with interested parties, AIP published a Concept Paper on Amendments to the Access to Public Information Legislation. The concept paper highlighted existing problems in the legislation and developed relevant recommendations for addressing the gaps. The recommendations developed by the Access to Information Programme aimed to improve legislation in the following directions: Proactive online publication, standards of receiving and sending public information electronically, oversight of the APIA implementation and administrative sanctions under the APIA. Recommendations also included establishing an oversight body, nevertheless it was not supported by the government of Bulgaria.

With the mandate of drafting amendments to the Bulgarian legislation (inter alia reviewing the recommendations drafted by the AIP) a special working group was formed within the at the Ministry of Transport, Information Technologies, and Communications (MTITC). It should be noted that among others, draft amendments also included the introduction of the revised EU Directive 2013/37/EU on the Re-use of Public Sector Information. The bill was introduced in the National Assembly on April 29th, 2015 and was adopted at first reading on October 6th, 2015.

The amendments included in draft legislation regulate issues such as:

-An extended list of categories of information subject to proactive online publication.

-An obligation for the heads of public bodies to review annually and update the lists of categories of information to be published online based on real public demand;

-A regulated procedure for accepting e-requests and providing information by e-mail free of charge;

-Administrative sanctions for incompliance with the obligations for proactive online publication;

-A government maintained platform for filing e-requests, containing the responses of the public bodies and the documents provided;

-Establishment of an open data portal of government information sets and resources.

It should be noted that as a result of active advocacy activities conducted by IDFI Government of Georgia adopted the Decree on Electronic Request and Proactive Publication of Public Information on August 26th, 2013. Hence, since the given date public agencies are obligated to ensure proactive publication of information on their activities, which is the subject of high public interest. Despite this, many public entities still cannot fulfill their obligation to proactively disclosure public information. The said emphasizes the necessity of establishing an oversight body, which will monitor the implementation process of access to public information legislation. It is also important for the legislation to introduce sanctions for incompliance with the obligations by administrative entities. It is noteworthy that within the framework of Open Government Partnership (OGP) Action Plan the Government of Georgia has undertaken the obligation to draft and implement independent legal act on Freedom of Information. Based on this, during 2014, with the support of Open Society Georgia Foundation and Ministry of Justice of Georgia, active work was being conducted to draft the bill on Freedom of Information. The following document was prepared by the working group, with the engagement and active participation of experts of IDFI. Among others, the document includes establishment of an oversight body and the possibility of imposing sanctions on administrative bodies. The final text of the draft law on Freedom of Information is to be introduced to the Parliament of Georgia for adoption in the nearest future. At this stage It is particularly important that the final draft incorporates the recommendations of experts and NGOs, developed based on best international practices.

Memorandum of Cooperation was signed between IDFI and the University of Georgia.