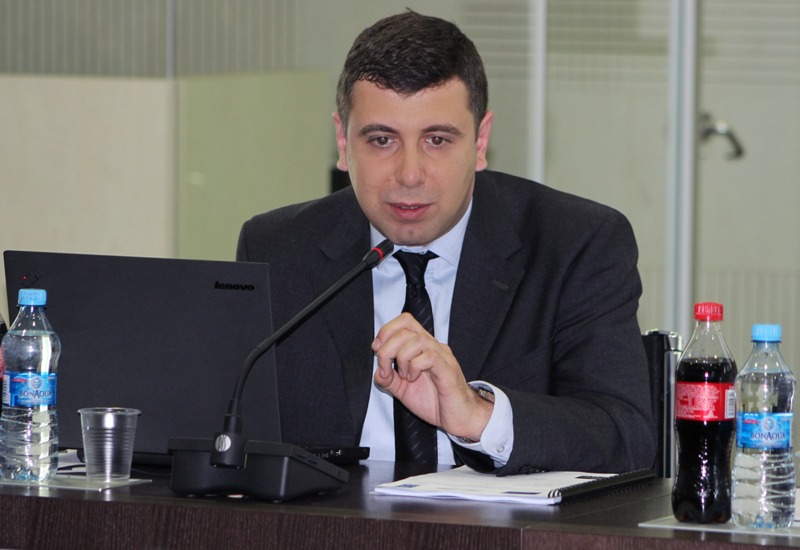 Within the scopes of the project, in the Parliament Palace of Kutaisi, on April 30, the second meeting between the Inter-Factional Group and the Open Parliament Georgia Working Group was held. The MPs and the International and Non-Governmental Organizations participating in the Open Parliament Georgia Working Group took part in the meeting. The meeting was chaired by MP Ms. Guguli Maghradze. Ms. Guguli Maghradze is also the chair of the Editorial Board comprised by the MPs of the Inter-Factional Group.

Levan Avalishvili highlighted main issues and disclosures of the research. Particularly, the research highlights the countries that have best practice and a few commitments regarding the Parliamentary Openness. Among these countries are Croatia, Greece, Netherlands, Chile and USA. Their commitments define the establishment of e-legislative process, publishing the bills in easily readable format and increase of the citizen’s engagement in the parliamentary affairs. 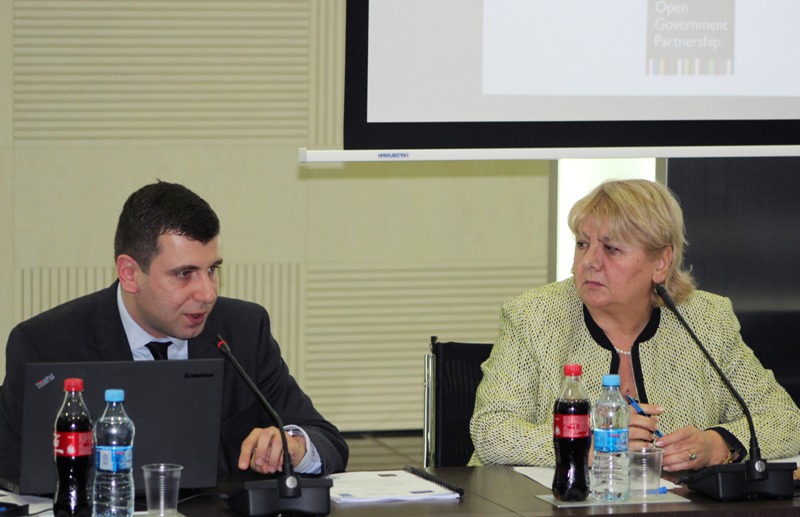 It is notified that OGP member countries pay the major attention to the implementation of the innovative approaches towards the parliamentary openness, for example, they publish legislative acts in digital raw context. Moreover, citizens can comment the draft-bills with using various e-tools and internet applications. Also the research indicated that the OGP member countries attach particular significance to social media for the development of Parliamentary Openness and citizen engagement. The research showed that the OGP members perceive the Parliamentary Openness as the foundation of trustworthiness before the citizens, improvement of public services and the baseline for fighting against corruption.

While finishing the presentation, the Chairman of the Institute for Development of Freedom of Information (IDFI), Levan Avalishvili, introduced to the participants of the meeting the recommendations of IDFI regarding the Parliamentary Openness. The recommendations include – the opportunity for the citizens to comment draft legislation via official web-page of the Parliament of Georgia, E-Consultations regarding the laws, better access to the Documents of Parliament for the People with Disabilities, E-Petitions, the involvement of the citizens in the discussions regarding the Budget issues of Georgia, translating the Documents of Parliament in the languages of ethnical minorities and other recommendations as well.

After the presentation, the participants of the meeting expressed their ideas and comments towards the research. The MP Ms. Guguli Maghradze defined the importance and the meaning of this research. She mentioned that this research will help the members of the Inter-Factional Group and the Open Parliament Georgia Working Group to acquaint with the Open Parliament Issues of other countries.

MP Mr. Giorgi Kakhiani emphasized the role of E-Petitions within the meaning of the involvement of the citizens and asked for providing the further information regarding this issue. He also defined the increasingly active role of the legislative initiatives and the legislative proposals from the perspective of the citizens. Mr. Levan Avalishvili focused on the examples of various countries which try to solve effectively the problems of the complex legislative language. He also underlined the experience of Finland and Germany regarding the E-Petitions.

The Representative of NDI Ms. Tamar Sartania and Director of NDI Ms. Laura Thornton featured the necessity to define the issues of inner regulations of the Open Parliament. They said that this will give more opportunity to the citizens to be present on the plenary sessions and committee meetings. Moreover, representatives of NDI put forward the initiative that the Inter-Factional Group and the Open Parliament Georgia Working Group should work to improve these regulations.

Head of the Civil Society Institute Mr. Vazha Salamadze defined the role of the Memorandum on Cooperation signed by the Parliament of Georgia and the civil societies on the year of 2013, December the 12th. Particularly, according to this Memorandum Parliament of Georgia and Civil Societies agree on designating the unified policy towards supporting of development of civil societies. This Memorandum also includes various standards for supporting the Openness. Mr. Salamadze defined that this Memorandum could be considered as the important foundation for supporting the Parliamentary Openness.