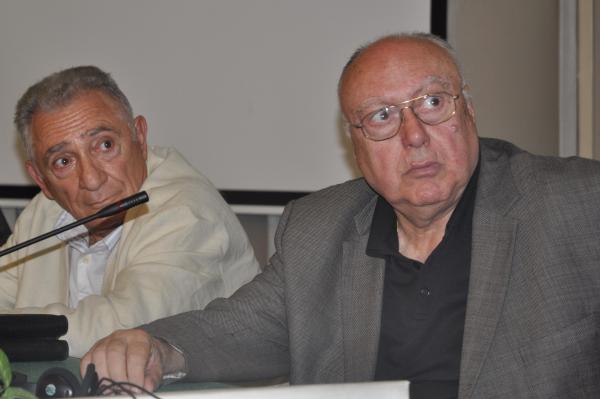 It is with utmost concern that we have been following the latest statements by the leaders of the Parliamentary Majority fraction “Georgian Dream – Entrepreneurs”, Mr. Gogi Topadze and Mr. Zurab Tkemaladze concerning doubts raised regarding Georgian integration in Euro-Atlantic structures.

This uniquely can be estimated as an obvious attempt to establish anti-western and nihilistic attitudes towards Georgia’s Euro integration policy in society.

Despite the fact that fraction has stated that integration with EU and NATO is among its political aims, the statements of the leaders of the fraction are clearly against it. Furthermore, statements of Gogi Topadze (chairman of Georgian Dream_Industrials) accusing NGOs in conducting activities undermining the interests of Georgia, claiming that NGOs’ work should be limited and forbidden in the country, drawing parallels with Iraq, Yugoslavia, Countries of Arabia are similar to the policies implemented by the Russian Federation and can be assessed as an open threat against internationally recognized democratic institutions.

In his official statement Mr. Topadze clearly blames strategic partner of Georgia – the USA in supporting coups in different countries with the help of NGOs, that is also similar to the approaches taken by the Russian Federations and its media rhetoric.

We consider that the position of Entrepreneurs, as a member party of the ruling coalition, jeopardizes strategic relations between Georgia and its Western partner countries.

Freedom of expression is the right enshrined in the Constitution of Georgia. Any political party may have its own position concerning the form of governance or foreign relations. At the same time, “Georgian Dream” is a coalition comprised of different political entities. However, we believe that such important issue as foreign policy priorities of the country or as well as freedom of democratic institutions should be equally shared among all parties being part of the coalition. These values were actively highlighted by the pre-election platform of the coalition. It is highly inconceivable for a country with high political culture and traditions that parties of one political union have different approaches concerning such strategic and fundamental issues, as democratic form of governance and foreign policy of the country.

Hence, in the given period, when Georgia is taking active steps aiming at closer integration with the EU, when the agreement with NATO to establish a training center in Georgia has been reached for the first time, when the Russian Federation continues the annexation policy of Georgian territories, political statements of this kind made by the representatives of the ruling political party are highly alarming, damage the state as a whole, raise questions on democratic priorities and policy of the government, and needs proper action from the public itself. Based on the abovementioned we, the undersigned organizations and citizens, call on the political party Georgian Dream and its member fractions to publicly highlight their opinion on the anti-west statements made by their colleagues.

We call on the fractions of the political group Georgian Dream to review and take proper measures on the statements made by the members of the Steering Committee of Georgian Dream, taking into consideration that European and Euro-Atlantic policies of the state is the choice of the Georgian people clearly reflected in the results of the relevant referendum. Accordingly, the positions of some members of Georgian Dream highlighting that the statements reflected merely personal opinions of Mr.Gogi Topadze and Zurab Tkemaladze cannot be shared by the majority of Georgian society, which clearly showed its support for the pro-Western policy taken by the Georgian government years ago.

Petition is already signed by: