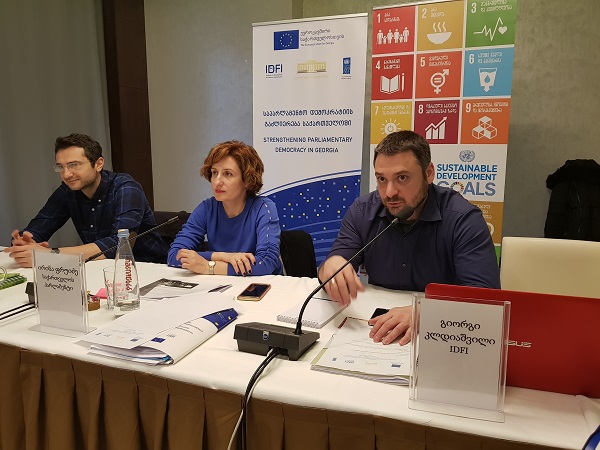 Over 22 journalists from leading Georgian media organizations met with members of the Permanent Parliamentary Council on Open Governance and its Consultative Group on March 16, 2019 to learn more about the openness related achievements of the Parliament of Georgia.

The meeting was organized by the Parliament of Georgia with support from the European Union (EU), United Nations Development Programme (UNDP) and the Institute for Development of Freedom of Information (IDFI).

At the meeting, which was the first of its kind to bring together journalists and members of the Council and Working Group, Irina PRUIDZE, Chairperson of the Permanent Parliamentary Council on Open Governance broadly informed the journalists about the role and the functions of the Council as an effective mechanism for ensuring parliamentary openness, elaborating the Open Parliament Action Planswithin the scope of Open Government Partnership Initiative (OGP) and monitoring their implementation process.

“Years ago, Georgia made an ambitious statement when itbecame one of the first countries in the world adopting the open governance on the Parliamentary level. As the result of implementing Open Parliament Action Plans, the respective legislative basis has been created and technological mechanisms introduced to foster greater transparency and citizen engagement in legislative processes as well as to make parliament more accountable to public. All these reforms would be impossible without excellent cooperation between the Parliament and Civil Society.”- noted Irina PRUIDZE, Chairperson of the Permanent Parliamentary Council on Open Governance.

“Media is an invaluable tool for governments to examine their work and discover key areas for improvement. Media, together with civil society organizations, facilitate the dissemination and exchange of information between the government and the public, which ultimately is a necessary prerequisite for establishing informed societies and fully functional democracies.” – said Giorgi KLDIASHVILI, Executive Director of IDFI. 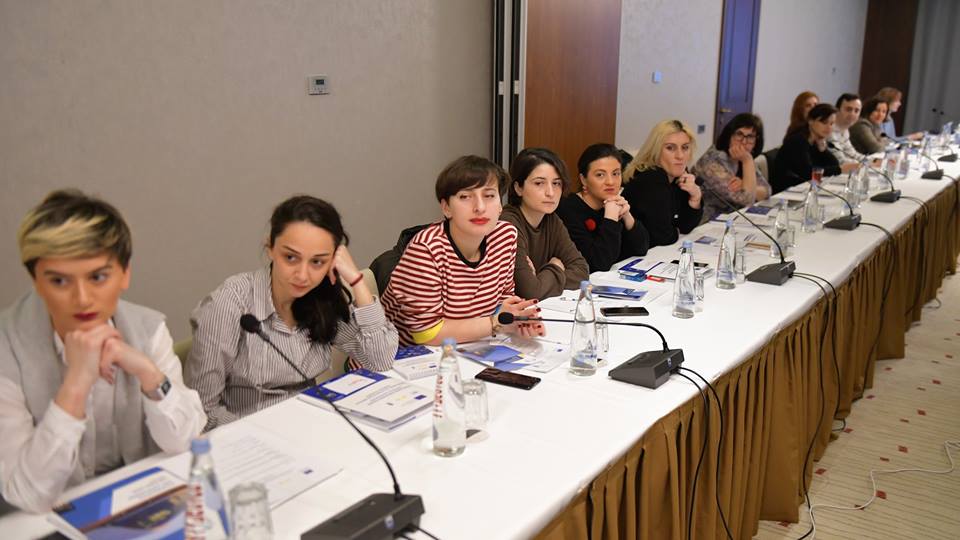 Open Parliament is part of Georgia’s efforts under the Open Government Partnership (OGP), international platform that unites more than 70 countries to help their governments become more open, accountable, and responsive to citizens. Since 2015,the Parliament of Georgia has approvedthree Action Plans: 2015-2016, 2017 and 2018-2019.

The first two Action Plans consisted of 34 commitments in total, of which 15 were fully implemented and 14 were partially implemented. The current plan is composed of five ambitious commitments, including those related to strengthening effectiveness and transparency of the Parliament by introducing innovative technologies, and raising public awareness about parliamentary democracy in Georgia.