Opening the KGB Archive in Latvia - Useful Example for Georgia 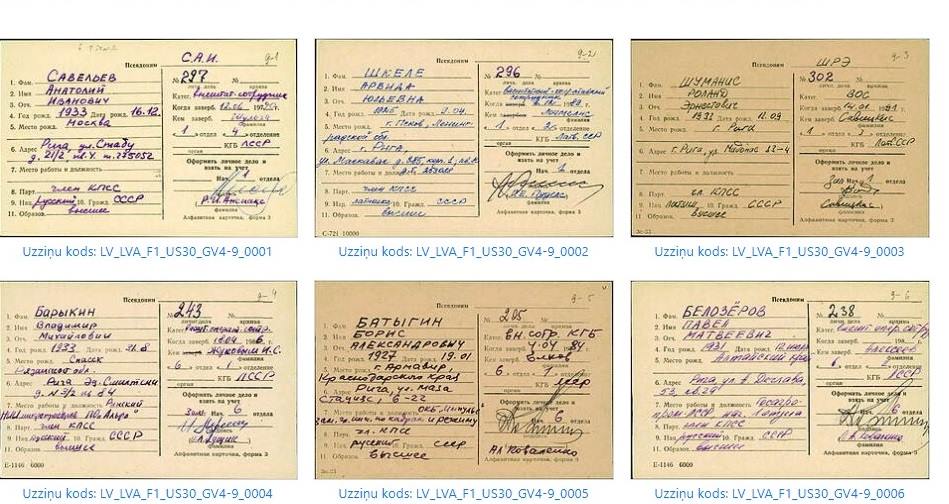 Lustration process is still a relevant issue in the post-Soviet space, and approaches towards this topic differ in various countries. The totalitarian past in Georgia has not been studied enough in comparison to other countries, supporters of the Soviet regime who committed crimes against humanity had not been revealed and prosecuted, and only doubts and assumptions exist about them. The law on lustration has not been adopted. The other law that partially covers lustration issues - the Freedom Charter, has been in force since 2011, but the Soviet past researchers and civil society members claim that basically the law is inactive. In the archives of the Soviet Security Services, kept in the archives of the Ministry of Internal Affairs, it is almost impossible to identify specific individuals. The state claims that a major part of important archival materials for lustration is kept in the Russian Federation, or has been partially destroyed by fires during the war in Tbilisi in the early 1990s. Only a few non-governmental organizations or researchers work on the study of totalitarian past. Periodically, the reaction and interest of the society wakes up, the recent reason of which for example was the statement made by famous artists in November 2018 resulting in a sharp reaction from the public. Some politicians initiated renewal of debates on lustration law, but, as a rule, after a short period of time it will be forgotten and will move into a "dormant" state from a broad public discussion.

In Latvia, the situation is different: in December 2018, the National Archives of Latvia published alphabetic and statistical card indexes, the dossiers of recruited KGB agents, the KGB employees' phonebooks, as well as materials on the Central Committee of the Communist Party of Soviet Latvia and became the first country in the post-Soviet space that started a full lustration process. The index spans some 4,300 out of about 25,000 KGB agents active in the period from 1953 to 1991, but it mostly concerns agents active in the late1980s. In early 2019, publishing of the remaining part of documents is also planned.

In 2018, Institute for Development of Freedom of Information (IDFI) has implemented the project "Opening of State Archives in Former Soviet Republics" and evaluated state archives in 10 post-Soviet countries. Unfortunately, there were no Baltic countries among them, assessment of which is planned at the next stage of the project. The results of the project are available on the website - http://open-archives.org/en. Inguna Slaidina, Deputy Director of the Archives of Latvia, announced the publication of the batch of the KGB archives at the International Conference on Opening of Archives organized by IDFI in scope of the Openness of State Archive project on April 27-28, 2018. According to her statement, in Latvia there was a different attitude towards this issue – many people were against exposition of the painful past, which could have seriously reflected on the public opinion about certain historical personalities, and many did not want to know the undesirable information about living or deceased family members. Due to these factors, the issue of publishing documents was preceded by a broader discussion involving a number of representatives of the society. Finally, in September 2018, the Latvian Parliament decided to fully publish the archives.

It should be noted that despite the fact that the decision was hard, Latvia is going to publish all the documents on KGB agents, including the materials of the crimes against their fellow citizens. In the course of the conference, "The National Archives of Latvia: Path to Openness 1991-2018", the milestones that the country needed to avoid unanswered questions were reviewed.

Stages of Opening of Archives in Latvia

Before the full lustration that Latvia started, an important issue was the complete analysis of the relevant archival material and ensuring their accessibility, as well as the open archival environment in the country.

For this the country has passed the following stages:

- In 1998, the Republic of Latvia adopted the Freedom of Information Act;

- In 2000, the Republic of Latvia elaborated the law on personal data protection;

- On March 3, 2010, the President of the Republic of Latvia approved the new archival law, which effectively replaced the 1991legislature;

- On May 31, 2018, the agreement about the transfer of the of KGB archives to the National Archives and full openness of these materials was signed.

The most important issue on the openness of archives was the adoption of the archival law in 2010: according to the law, archival documents are freely available to researchers and that there is only limited access to the documents containing state secrets, national security issues, defense and international relations as well as the documents, the disclosure of which could harm national interests. According to the new law, access to confidential personal information, such as containing information about child adoptions or notarial transactions were restricted. According to the law, access to these documents is free from 30 years after the death of the related person or after 110 years from the birth, or 75 years after the creation of the document.

The law foresees exceptions, and the processing of information is permissible if: it requires an investigation or prosecution; it is required for research activities. Also, if the document relates to a person’s legal hair and allows access to the document. In the law tit is stated that if a person who got acquainted with the information will use information for other purposes other than research or statistics is liable for full responsibility and may even face criminal prosecution in case of violation of the law.

In Latvian archival law, a separate issue was allocated to the access of KGB archives. The relevant material has been preserved by the Totalitarian Research Center since 1991. Finally, on May 31, 2018, an agreement was signed and 195,000 documents from the KGB archive were transferred to the National Archives. After scanning and processing, on December 20, 2018 the first part of the batch was published on the Internet.

In practical terms, the Latvian National Archives provides a comfortable environment for researchers: access procedure is simplified and citizens of all countries can use facilities. The archive allows researchers to take photos using their own cameras in the reading halls free of charge. Additionally, along with technological development, the Latvia archive's website offers access to content, finding aid documents and archival cases. Online services are also available.

The most important factor in understanding the Soviet past is the existence of relevant legislation in the country aimed towards openness. This clearly demonstrates the example of Latvia.

The main problem of implementation of full "lustration" in Georgia is the absence of relevant archival documents. According to the official version from the MIA, about 80% of the entire collection of the KGB archive was destroyed by a fire during the Tbilisi War. In general, this archive is subject to theories and speculations about the links of different persons with the secret services and denial or confirmation of the information is impossible.  There are different opinions in Georgian society about the real destruction of the material: According to the alleged witnesses and participants of the process, some of the important documents from the archive were transferred to a special KGB depository in Smolensk, Russia.

A similar history occurred in Latvia - for days, black smoke was seen rising from the chimneys of the KGB building before it was overtaken by pro-independence forces as the USSR fell. It's clear that the archive is incomplete. Considering this theory, the intelligence records are kept in the archives of the Federal Security Service (FSB) in Russia, which will allow the special services of this country to have an influence on former agents or their descendants who are still active in Georgia. Unfortunately, Georgia couldn’t avoid the tragic turnover of the situation during the period of transition and the majority of the archives had been destroyed. Allegedly, copies of the documents fell into the hands of the successor of the USSR, the Russian Federation. Since 2003, there have been frequent talks about the return of archival documents (or their copies) from Russia to Georgia, but this never happened. Since 2008, countries broke diplomatic relations, and according to today’s political context , documents probably won’t be transferred to Georgia in the near future.

Fire and destruction in the archives makes it impossible to fulfill the lustration process, but in addition, researchers have identified other important problems: it is necessary to determine the personal and secret information concepts towards archival documents with respect to the confidentiality of information and use of the historical, statistical and other research purposes with separate approaches. Researchers and NGOs claim that archives often use the concept of “personal data protection”, and refuse to disclose information. In post-Soviet countries, the best practice is that this concept does not apply to archival documents of state repressive institutions of the Soviet Union. There is no such record in the Georgian law.

There are still changes needed in the Georgian archives to ensure more openness in legislative and practical terms. The problem is described by IDFI in the study of the “Openness of archives" project.

Before full lustration in the country, Georgia should take into consideration and implement the good practices that Latvia has carried out:

- It is necessary to develop high standards of freedom and access to information in the country: adoption of legislation that will cover all archive institutions in the country and leave less space for the management of the archives or their controlling ministries to introduce new regulation harmingfair interests of citizens;

- It is necessary to specify the concept of "personal data protection" in relation to archival documents, to ensure more access to information;

- Georgia should adopt lustration law, even though the archives are destroyed according to the official version;

- In addition to legislative amendments, the state should contribute to the study of the totalitarian past, research based on archival materials, and support youth participation in this process.