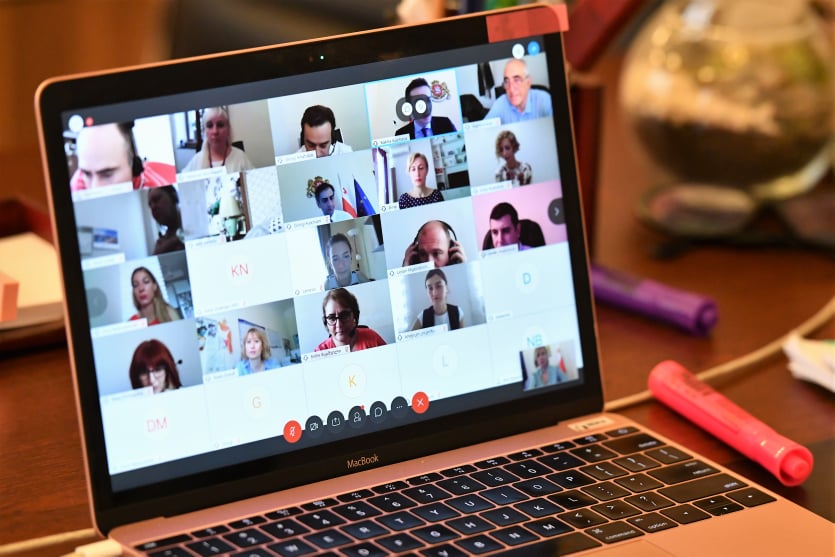 The Open Governance Permanent Parliamentary Council held first remote sitting. The meeting was led by the Chairman of the Council, Mr. Kakha Kuchava, who discussed the current activities and future plans of the Council. The remote sitting of the Council was also attended by the representatives of United Nations Development Programme (UNDP) and the Institute for Development of Freedom of Information (IDFI), together with other members (international and non-governmental organizations) of the Consultative Group of the Parliamentary Council.

Giorgi Kakhiani and Nino Tsilosani, members of the Open Government Permanent Parliamentary Council, presented an interim report on the Council's activities for 2020 and summarized the progress of the action plan implementation. Giorgi Kakhiani spoke about the steps taken towards strengthening the efficiency and transparency of the Parliament by introducing innovative technologies and assessed the results achieved in terms of developing a guidebook and video instruction on explanatory note compilation. Deputy Chairman of the Parliament emphasized that the major part of the obligations has been fulfilled and the full implementation of certain directions is related to technical support.

In order to maintain the active working process of the Council and to develop the commitments of the Open Parliament Action Plan for 2020-2021, the Chairman of the Council expressed the initiative to organize a working meeting of the council members and the Consultative Groupof the Council.

The abovementioned remote sitting of the Council was attended by the representatives of NGOs and international organizations as well as the members of the Consultative Group under the Council. It should be mentioned that the Open Governance Permanent Parliamentary Council is implementing its commitments under the OGP Action Plan in cooperation with the Consultative Group.

Despite post-pandemic restrictions, the Open Governance Permanent Parliamentary Council managed to keep up active working process. Under the state of emergency, in order to strengthen the Parliamentary openness and raise awareness concerning the involvement of citizens in parliamentary life, the Council elaborated informative documents concerning the state of emergency on Georgian, Armenian and Azerbaijani languages. The initiative was implemented by the Council with the support of the European Union (EU) and the United Nations Development Program (UNDP) in the framework of active cooperation with the Institute for the Development of Freedom of Information (IDFI).