On 10th of March, Open Government Partnership published the list of shortlisted candidates for the OGP Steering Committee nomination.

Steering Committee is an executive, decision-making body of the OGP and its primary responsibility is defending the OGP principles and disseminating them. Committee monitors functioning of the OGP and determines policy and rules of cooperation. The Steering Committee consists of 22 members - 11 government and 11 CSO representatives - who are chosen for 3 year-term with the perspective of 1 additional year. There are 6 vacancies at the membership position and nominations could be made via email.

In order to become selected for the position the SCO representative must meet the following requirements: Ability to engage strategically at the global level, exercising good judgement and engaging effectively with senior government officials and civil society members; Read and represent the concerns and interests of the international civil society community; Powerfully and clearly articulate core OGP issues.

Director of Institute for Development of Freedom of Information (IDFI) - Giorgi Kldiashvili has become the semifinalist.

It should be noted that since the very first days Georgia became OGP member Giorgi has been actively involved in the process. Through these years, Giorgi has been involved in various international, regional and local conferences and workshops. He is the co-Chair of the Open Government Georgia Forum and Chairperson of the Consultative Group at the Permanent Parliamentary Council on Open and Transparent Governance. In 2011, Giorgi became one of the 7 finalists of the OGP Bright Spot due to his contribution to improve the Freedom of Information Act in Georgia and participated in the OGP Annual Summit in London, UK. Also, IDFI is declared as a supporting organization of the Declaration on Parliamentary Openness.

Recently in October 2015, IDFI nominated Inter-Factional Group of the Parliament of Georgia for the ideal co-creation dynamic between the government and civil society while elaborating the National Action Plan. Noteworthy, the Inter-Factional Group won the nomination and was awarded with the OGP Champion's Award at the annual OGP Global Summit Mexico.

Moreover, the Open Parliament Georgia Action Plan 2015-2016 was elaborated with the coordination of IDFI and financial support of UNDP and EU. 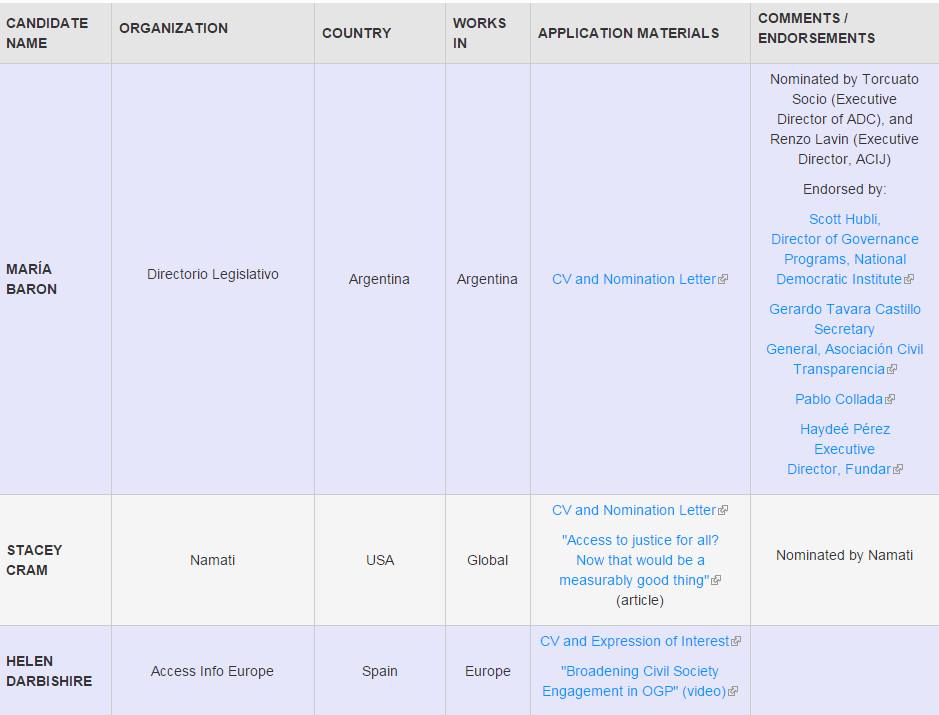 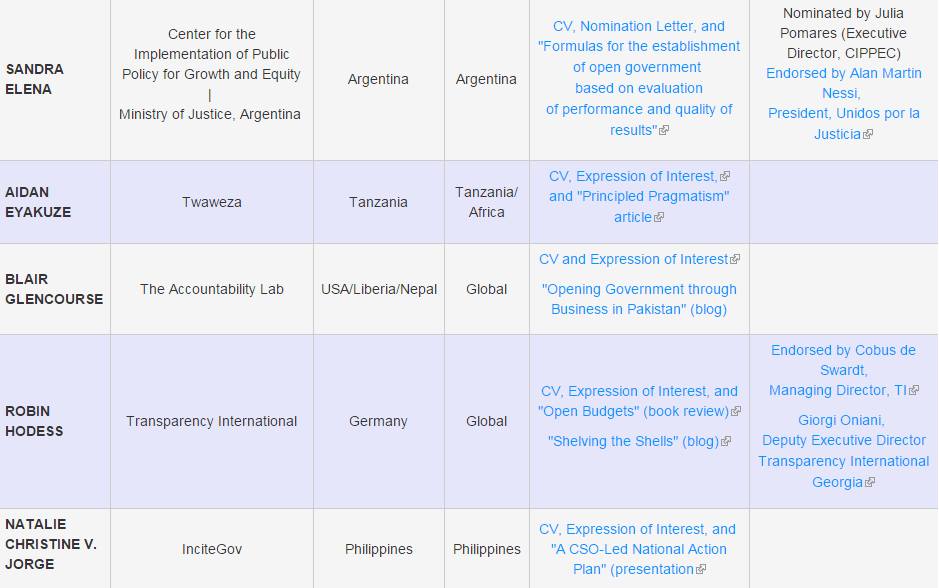 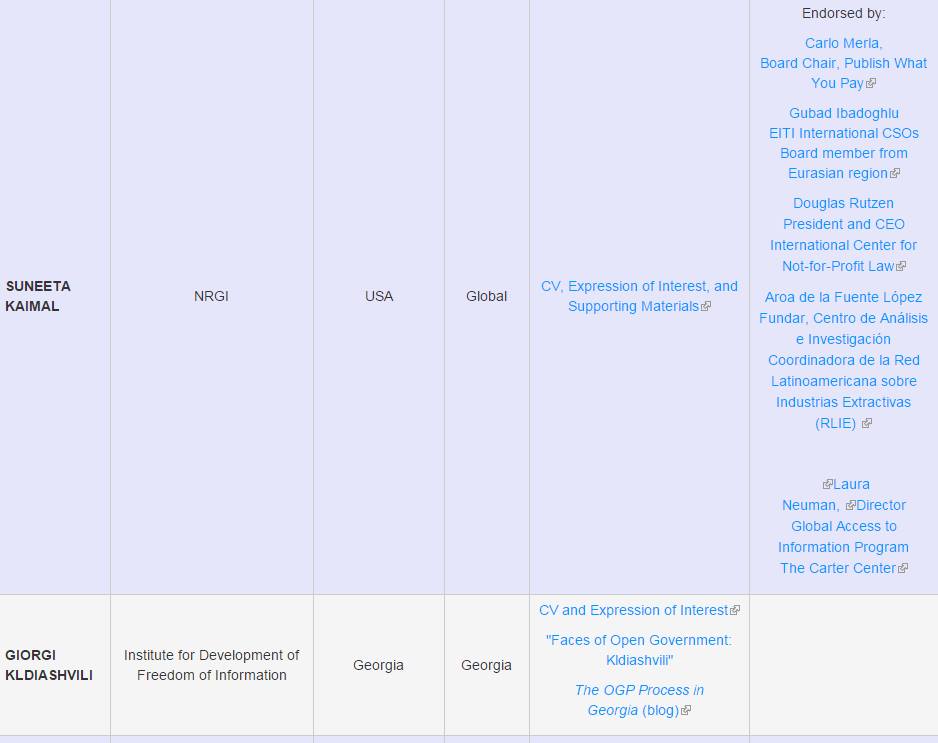 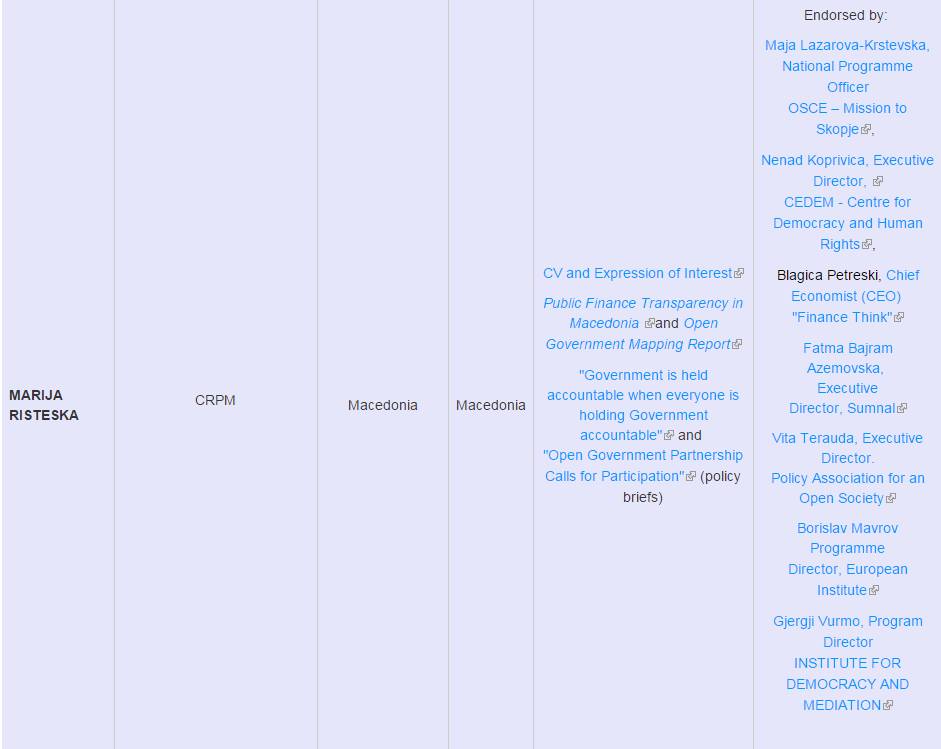