The article was published on Open Government Partnership Georgia's blog

On 25th of September, 2015 on its 70th anniversary, the United Nations General Assembly adopted the 2030 Agenda for Sustainable Development. This new agenda is an ambitious “agenda for people, to end poverty in all its forms – an agenda for the planet, our common home” said UN general secretary, Ban Ki-moon during his address at the opening of the Post-2015 Development Agenda Summit. 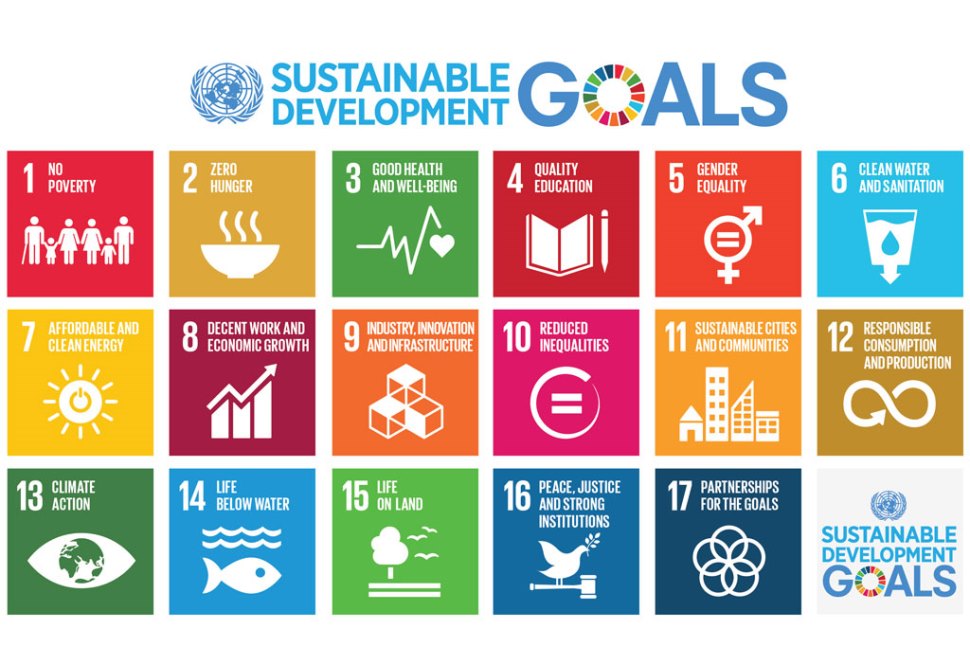 This new Agenda builds on the work of the historic Millennium Development Goals (MDGs), which started in 2000 and consisted of 8 goals, ranging from halving extreme poverty rates to halting the spread of HIV/AIDS and providing primary universal education. Substantial part of the goals were achieved, however the 2030 Agenda repeats some of the previous goals.

The UN document titled, “Transforming Our World: the 2030 Agenda for Sustainable Development” is composed of 17 goals (SDGs) and 169 targets. These goals are integrated and indivisible and balance the three dimensions of sustainable development: the economic, social and environmental. The Agenda aims to touch all areas of critical importance for humanity and the planet: Prosperity, Peace and Partnership.

UN Secretary-General Ban Ki-moon hailed the SDGs as a universal, integrated and transformative vision for ending extreme poverty, fighting injustice and inequality, and fixing climate change for all people in all countries. This will only be possible through the promotion of more equal, open and peaceful societies, so as the global community will make a step closer to the Sustainable Development.

In the Agenda, the 16th SDG is to “Promote peaceful and inclusive societies for sustainable development, provide access to justice for all and build effective, accountable and inclusive institutions at all levels”. Then the goal is broken down into ten targets:

It should be highlighted that these targets are also defined and upheld by the multilateral initiative the Open Government Partnership (OGP) that aim at securing concrete commitments from governments to promote transparency, increase civic participation, fight corruption, and harness new technologies to make government more open, effective, and accountable. It is fostering new ways of the citizen and the state working together to solve common problems.

Based on these we can conclude that the 2030 Agenda and Open Government Partnership (OGP) reinforce similar messages giving great visibility to the role of transparency, civic participation, accountable public institutions and technological innovation as enablers of sustainable development for just and peaceful societies.

On 27th of September, two days after UNGA adopted the SDGs, OGP steering committee 11 members adopted the declaration titled “Open Government for the Implementation of the 2030 Agenda for Sustainable Development”. The declaration welcomes the Agenda and the recognition of the importance of transparency and open government as crucial tools for effective implementation of the SDGs. Moreover, it says that “The experience of its participating governments and civil society organizations can be drawn on to encourage transparent, accountable, participatory, and technology-enabled implementation of the 2030 Agenda for Sustainable Development.” According to the declaration, OGP plans to stress on five key areas: promotion of rule of law consistent with the international standards at the national, regional and international level through transparency, openness, accountability, access to justice and effective and inclusive institutions, promotion of public access to information, support citizen engagement in 2030 Agenda implementation process, uphold open government principles when measuring the 2030 Agenda implementation progress and use OGP Actions Plans that serve 2030 SDGs. These goals are consistent with the SDGs of the 2030 Agenda. The declaration is expected to be adopted by all 66 OGP countries on October 28 at the OGP Global Summit in Mexico City.

The above mentioned is in full accordance with the article of Alejandra Lagunes and Manish Bapna about “How Can Open Government Promote the Implementation of the Sustainable Development Goals” where the authors are emphasizing the role of OGP in the process of implementation of UN SDGs. Also the OGP represents the ready-made platform for helping countries to advance the effective implementation of SDGs through the adoption of National Action Plans. These plans promote open government through public commitments made by its 66 Member Countries. Governments and civil society agree to innovate on public participation, freedom of information, fiscal and extractive resources transparency, public service delivery, and open data. For example, Georgian government has adopted the second Action Plan for 2014-2015 and the Parliament of Georgia has also adopted Action Plan for 2015-2016 years.

Therefore, the OGP can help countries to implement the SDGs in three ways:

1. Directly, by setting goals and targets specifically focused on openness, echoing Goal 16, which seeks to promote just, peaceful and inclusive societies for all through accountable institutions;
2. Indirectly, by recognizing that open government principles are crucial for achieving a much broader range of sustainable development goals, linking openness to governance for the improvement of the lives of the many vulnerable and poor around the world;
3. By providing tools for better designing accountable and transparent mechanisms for monitoring and reviewing the implementation of the SDGs.

Indeed, the 2030 Agenda is very ambitious global blueprint, which will only be implemented if governments, individuals, civil society and multilateral organizations partner and work together to leave no one behind. In order to reach these Global Goals we must make use of platforms, such as the Open Government Partnership, that empower citizens and promote openness, transparency and prosperity.