Round Table:TV ratings and Challenges of digital switchover

On April 16, 2014 ‘Media Advocacy Coalition’ organized the round table meeting. The major topic of the meeting was challenges of digital switchover of the regional and local broadcasters and the problems connected to measuring the Georgian TV ratings.

The meeting was continued in the discussion format. Participants discussed the problems concerning the issue and the ways of solving these problems.

IDFI expert Ucha Seturi presented the report of his research on ‘Georgian Television Audience Ratings – Challenge for the Georgian Media Sector” and talked about the challenges in this sphere.

Georgian TV ratings are measured by one company. According to “TVMR Georgia” LTD ratings are measured only in those cities population of which exceeds 45 000. This list includes the following cities: Tbilisi, Rustavi, Kutaisi, Batumi, Poti, Gori, thus the market and the area is not fully covered. Only several TV companies are involved in the measuring of Georgian TV ratings: Rustavi 2, Maestro, Imedi, GDS, Comedy Channel, Music Box, Tabula, TV11, TV3. The TV channels, coverage area of which does not include the cities listed above, stay beyond this process. Such isolation of the media sources from the process has impact on their incomes and in some cases on their development; in order to get the accurate image, it is desirable that the ratings cover the biggest part of the area.

The representatives of the regional broadcasters emphasized their interest in participating in rating measuring surveys. According to the director of “Raionme 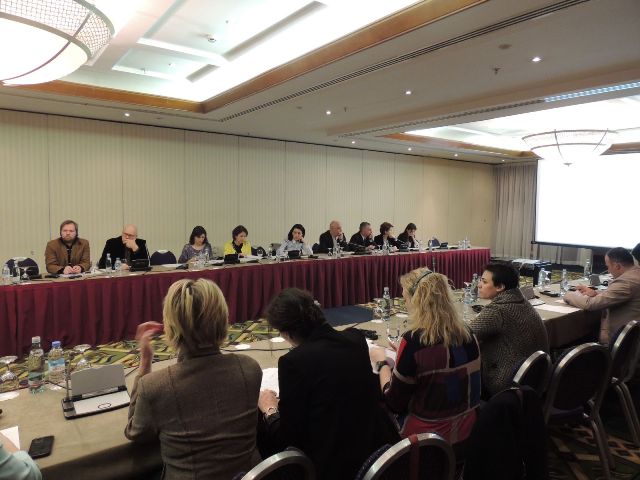 diamarket” Levan Aleksishvili, regional broadcasters can increase their incomes through commercials, however, due to the absence of the rating data, some companies avoid advertising their products/services through these TV channels.

Director of TVMR Georgia Nino Gogoladze noticed that if there is demand, supplies will be increased and considered broadening the scope of the research. She also noted that company is going to use advanced research methods.

The issue of tariffs also requires regulating. This service must become affordable for the small and regional media outlets.

Considering the issues of digital switchover and the challenges of transferring to the new platform, it is crucial to evaluate and analyze the online TV streaming traffic and data about internet-page visitors.

The second half of the round table meeting was dedicated to discussing the problems and challenges of the regional and local broadcasters in the process of digital switchover. Director of the Association of Georgian Regional Broadcasters, Natia Kuprashvili held the presentation.

The event was organized with the support of ‘Open Society – Georgia Foundation”, within the frames of the ‘Support Strengthening of Media Advocacy Coalition’ project.