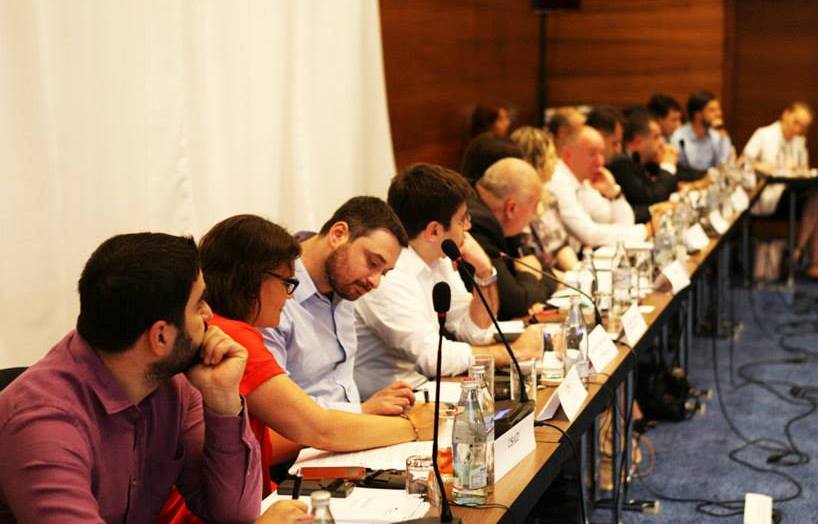 The meeting was chaired by the Minister of Justice Thea Tsulukiani. The following members of Anti-Corruption Council participated in discussion of the draft law: High officials of the Executive, Legislative and Judicial branch of Georgia; also non-governmental and international organizations, including IDFI, representatives of business sector. Participants of the meeting discussed package of amendments and monitoring mechanism.

Director of IDFI Giorgi Kldiashvili represented non-governmental sector in working group and participated in preparation of the draft law.

He once again declared IDFI’s position and noted that draft law will bring positive changes, especially regarding transparency and accessibility of information regarding the property of high officials which will decrease the level of corruption. IDFI has been working on these issues for 6 years already and is the member of Anti-Corruption Council and co-presenter of two working groups since 2013.

Establishment of the monitoring system of asset declaration of senior officials is recommended by European Union and it has to be implemented by Georgia in the frames of visa liberalization action plan.

All the rights on photos, used in this article belong to official page of the Ministry of Justice