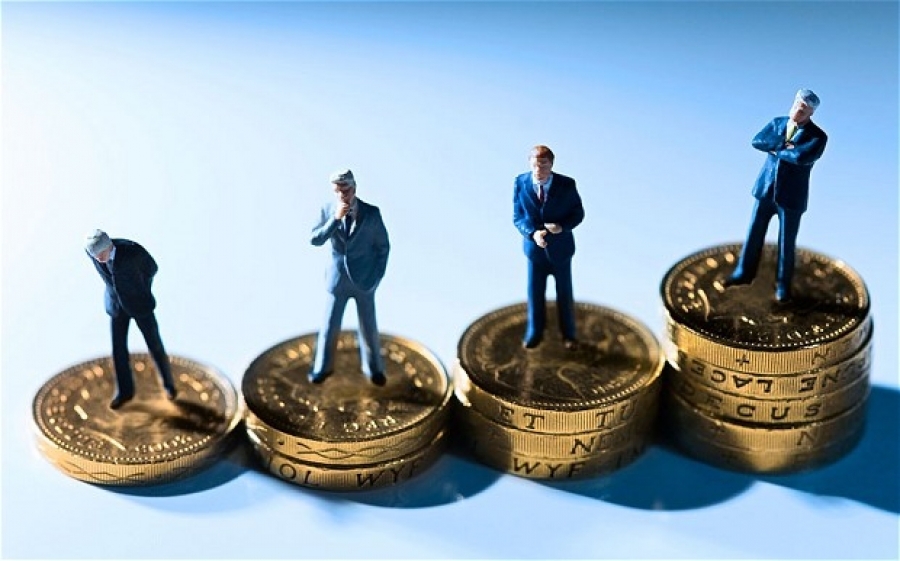 On January 21st, 2014 based on the requirements of the Decree №18 adopted by the Prime Minister of Georgia, the amount of salary supplements that Ministers were entitled to receive was decreased from 4 435 to 2710 GEL. Hence, monthly income of the Ministers was set to account to 6 250 GEL (5000 GEL net), that is the sum of salary (3540 GEL) and salary supplement (2710 GEL).

Based on the asset declaration of high officials published on the web-page of Civil Service Bureau and looking at the information proactively published by Ministries on their official web-pages IDFI aimed at ascertaining to what extent Ministers’ incomes were in compliance with the requirements set by the above-mentioned decree. It can be deduced from the decree that the annual income received by Ministers should equal to 75 000 GEL (60 000 GEL net).

It should be emphasized here, that income received by public officials in the year preceding the one of submitting a declaration is reflected in the document. Hence information on the income received in 2014 can be found on the web-page of Civil Service Bureau only for those public officials who have succeeded to submit the declaration to the Bureau from January 1st, 2015 to date. 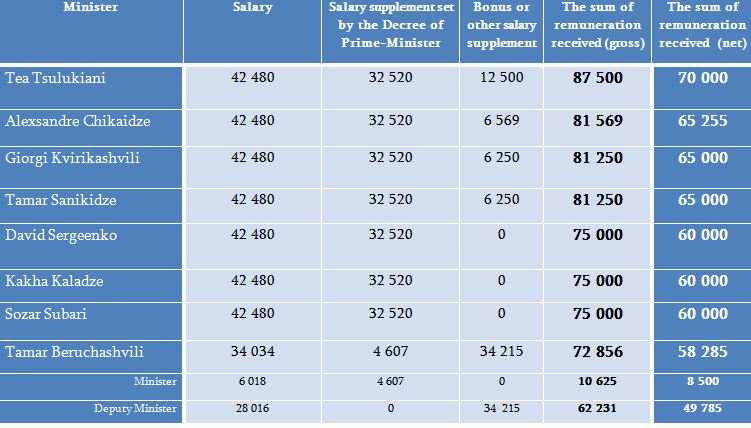 As the figures shown above suggest, the income of the Ministers is to some extent regulated. Nevertheless the same cannot be said when it comes to the remuneration of Deputy Ministers and other high officials of the Ministries. In the year of 2014 the practice of awarding officials with salary supplements and bonuses differed. For instance, based on the asset declaration of the Deputy Minister of Internal Affairs – Davit Khutsishvili, remuneration received by him in 2014 equaled to 139 393 GEL. Only 32 640 Gel of this income constituted his salary. According to the information proactively published on the web-page of the Ministry of Energy, each Deputy Minister has received the income of 102 000 during 2014. In case of Deputy Justice Ministers the figure equals to 92 000 GEL. 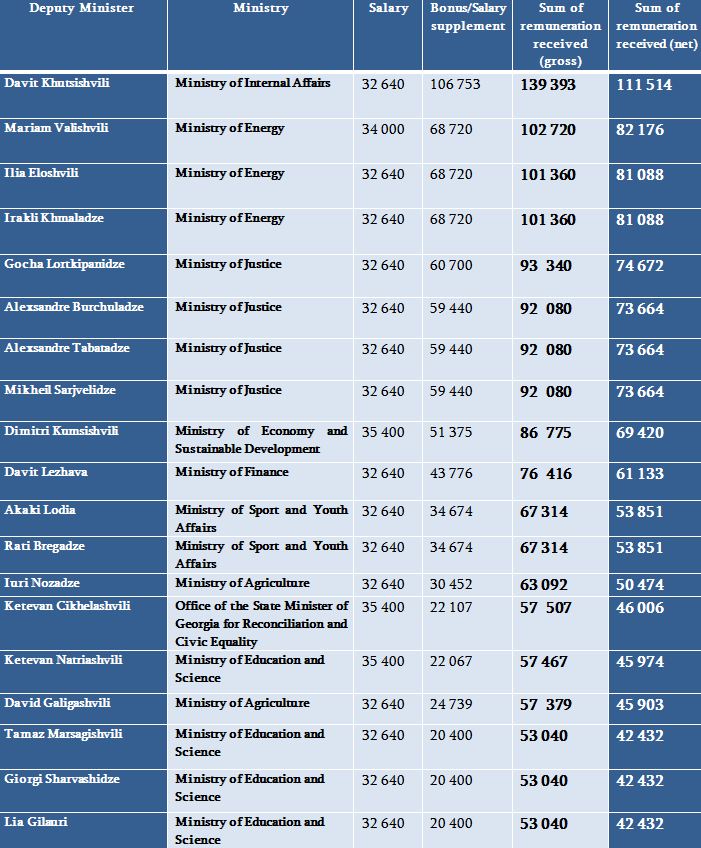 On July 15th, 2014 Decree of the Government of Georgia №449 introduced new rules of awarding public officials with bonuses was adopted. The decree is applicable to the public institutions under the Government of Georgia and highlights that public officials shall only be awarded with bonuses up to once a quarter, the bonus should not exceed amount of salary and an official should only be awarded with the financial incentive based on his/her performance.

The said decree aims at regulating the process of awarding public officials with bonuses, but unfortunately it does not touch upon the issue of salary supplements. Hence after the decree №449 went into force the practice of awarding officials with bonuses was substituted in a number of public institutions by salary supplements. Thus the system of remuneration was left without further necessary amendments. One clear example of the problem can be seen in the case of the Ministry of Energy. Precisely before the adoption of Decree №449 in the first quarter of 2014 the Deputy Ministers received bonuses amounting to 16500 GEL, while in the fourth quarter of the year the same amount of money was transferred to their accounts but in this case in the form of salary supplement. 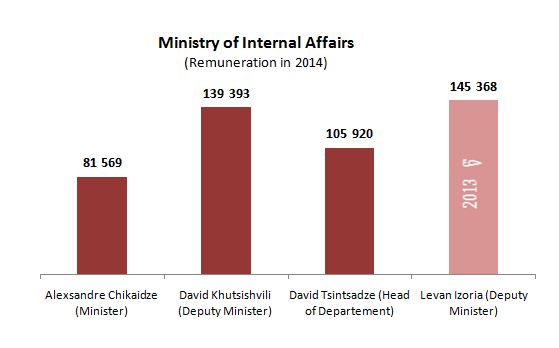 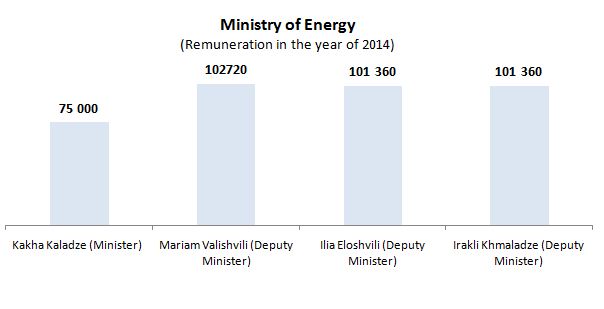 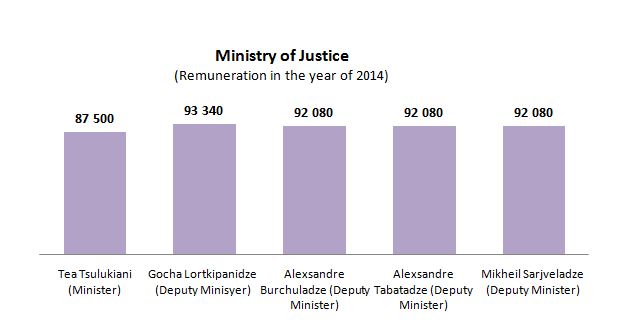 The figures given above highlight one more time that along with bonuses it is important to amend the practice of awarding public officials with salary supplements. In order to regulate remuneration in public sector systematic, conceptual steps should be taken within the auspices of the ongoing reform of civil service. Except from remuneration, special emphasis should also be made on the issues such as qualification of civil servants’, social security, education and training etc. We find that developing a well-functional civil service will only be possible by undertaking comprehensive reforms of the sector.