IDFI in cooperation with the Kaspi Municipality opened  memorial plates in honor of theMembers of the National Councils and the Constituent Assembly of the First Democratic Republic of Georgia: Leo and Grigol Natadze, Nikoloz Katsiashvili and Revaz Gabashvili in the central square of KaspiMunicipality.

The event washeld on May 26, 2019 attended by the students, representatives of the local municipality and other interested members.The event was attended by one of the leaders of the National-Liberation Movement in the late period of the Soviet Union - Nodar Natadze. An interesting fact is thatbrothers Grigol and Levan Natadze signed the  Act of Independence of Georgia, on May 26, 1918 and the Act of Restoring of Independence of Georgia was signed byNodar and Maia Natadze, grandchildren of Grigol Natadzeon April9, 1991. 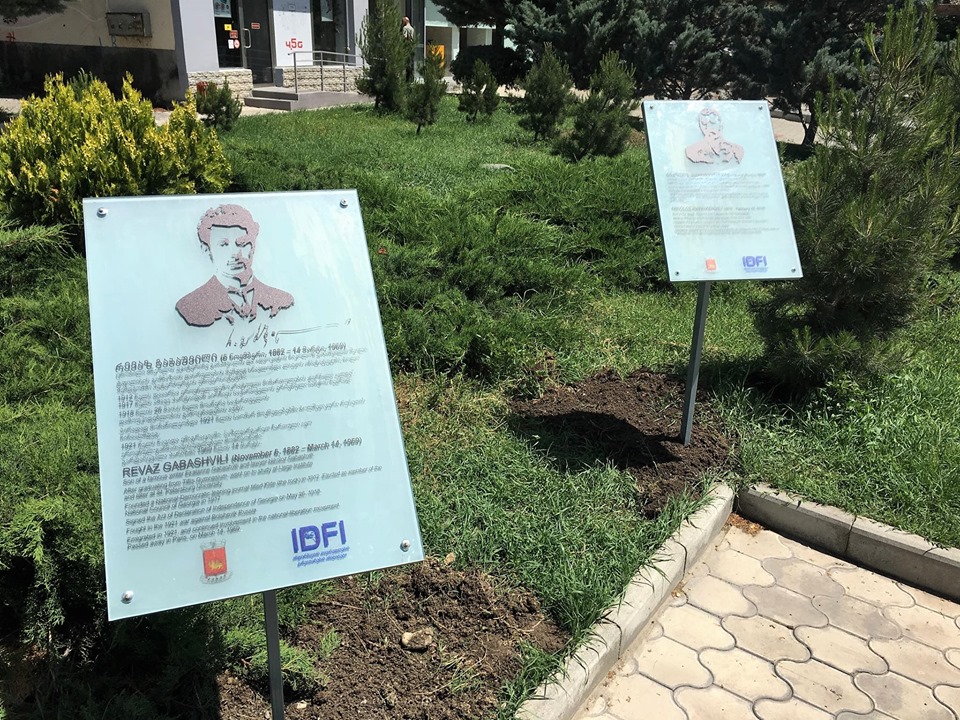 After the event, Anton Vacharadze, historian / Head of the Archive and Soviet Study Direction at IDFI spoke about the values of independence and the role of the Members of the Constituent Assembly in this regard.

The lawmakers whose memory was reflected on the memorial boards played an important role in the First Democratic Republic of Georgia. 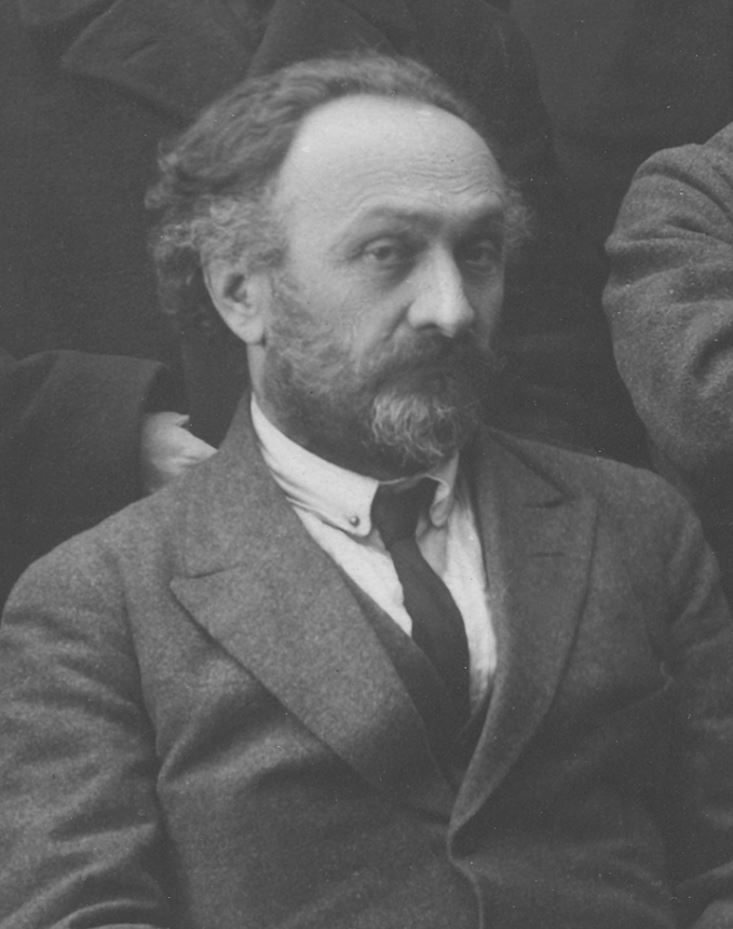 Grigol Natadze was born on January 16, 1878, in the village of Kaspi, Gori district of Tiflis governorship. He studied Tiflis Noble and afterwards at the Tiflis Second Gymnasium. He  attended university classes at Kiev, Geneva and Moscow universities.

Has worked as a teacher at the Tiflis Georgian Noble Gymnasium; Later he worked in at the Gymnasium in Kutaisi and at the same time he  lectured at Public University.

On May 26, 1918, Grigol Natadze signed the Act of Declaration of Independence of the Democratic Republic of Georgia. In 1919 he was elected as the member of the Constituent Assembly of Georgia. 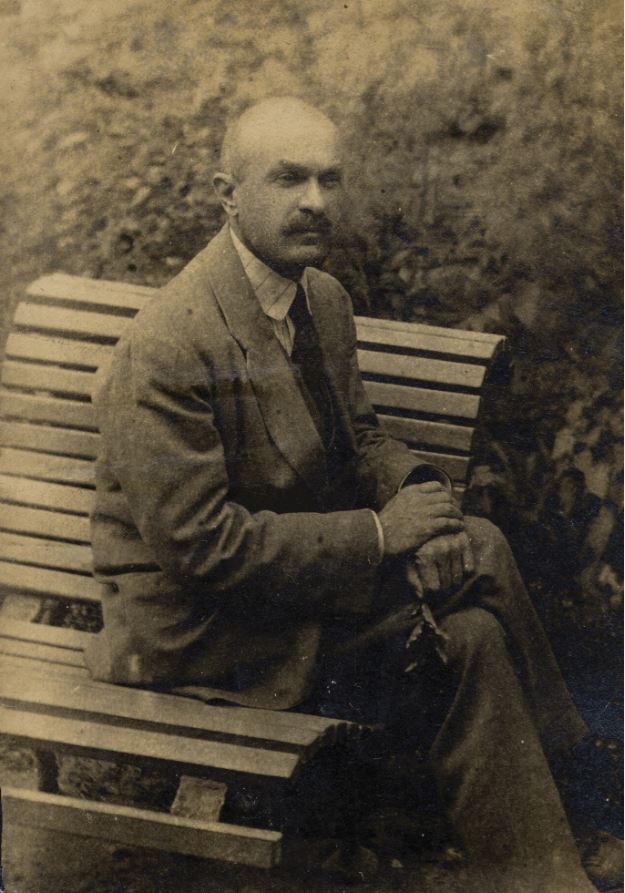 Levan Natadze was born on June 16, 1880, in the village of Kaspi of the Gori district of Tiflis governorship. He studied  in  the Tiflis Georgian Noble Gymnasium, later- at the Tbilisi Third Gymnasium. He studied at Moscow University; During this period he was arrested three times because  forparticipation in student’s revolutionary movement; for the same reason was excluded from the university.

From 1902 he was an active party worker and organizer, writing and publishing articles; He was the editor of the newspaper of the Georgian Social-Democratic Labor Party.

In the 1900s, he was detained three times and resettled twice from Tbilisi.

After the occupation of Georgia by Soviet Russia in 1921, Levan Natadze remained in the resistance movement.

Died on February 3, 1922, due to the Typhus epidemic; Funeral of Leo Natadze became a big anti-Soviet demonstration. 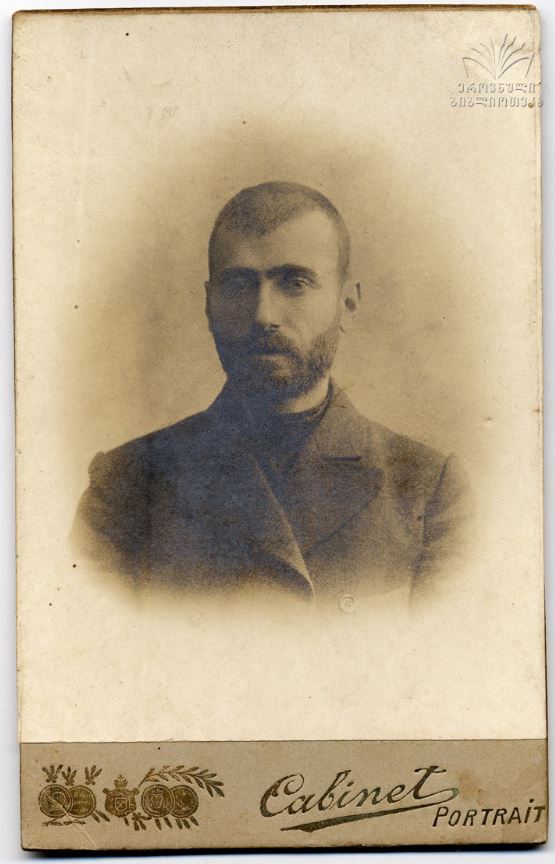 Nikoloz (Kola) Katsiashvili was born in 1875 in the village of Kvemo Gomi in the Gori district of th Tiflis governorship. He studied at the Tiflis Georgian Noble Gymnasium.

From 1899 he was a member of the Russian Social-Democratic Workers Party. Since 1905 he had  been working in the Mensheviks faction of the Social Democratic Workers' Party in Georgia,  while he lived in his native village.

He actively participated in the 1905 revolutionary movement in Gori. He was arrested several times for political reasons.

Nikoloz Katsiashvili was sent to St. Petersburg Prison where his health seriously damaged.

In 1919 he was elected as a member of the Constituent Assembly of Georgia. He died in February 1919 before the opening session of the Assembly. 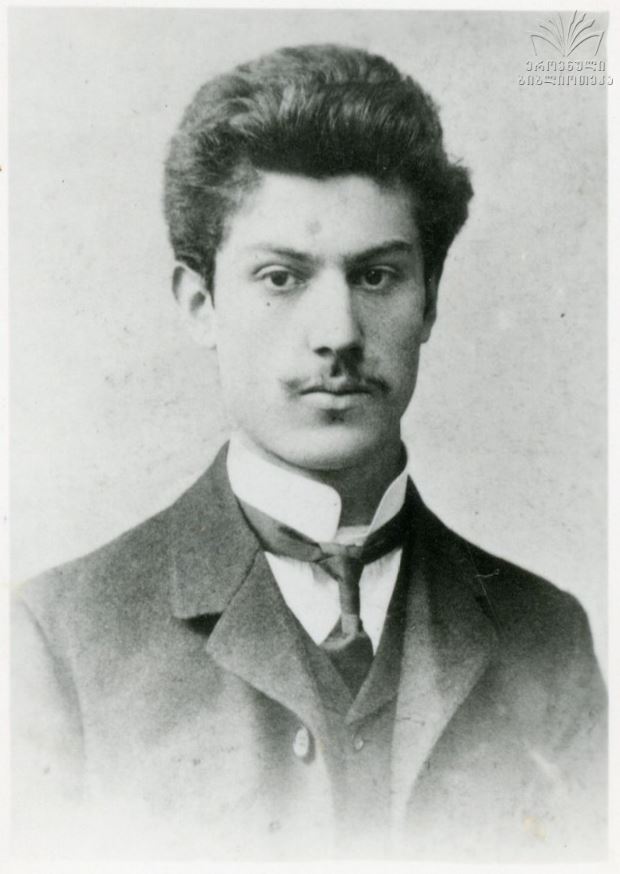 Revaz Gabashvili was born on November 6, 1882 in the family of famous writer Ekaterine Gabashvili and lawyer Nikoloz Gabashvili. In 1902 he graduated from the Tiflis Georgian Noble Gymnasium. He studied at the Liege Electrotechnical Institute in Belgium, but before graduation he returned to homeland. In 1907 he continued study at the Faculty of Physics and Mathematics at the St. Petersburg University.

He participated in the revolution of 1905-1907 in the liberation movement of Georgia. In those years he worked with the Georgian Socialist-Federalists. In 1912, he founded a National-Democratic journal Klde. He was an editor and publisher.

In 1921, he went to emigration . In Abroad, he was involved as a publicist in the national-liberation movement  He was publishing the newspaper Georgia's Independence and collaborated with the immigrant press. He died on March 14, 1969, in Paris.