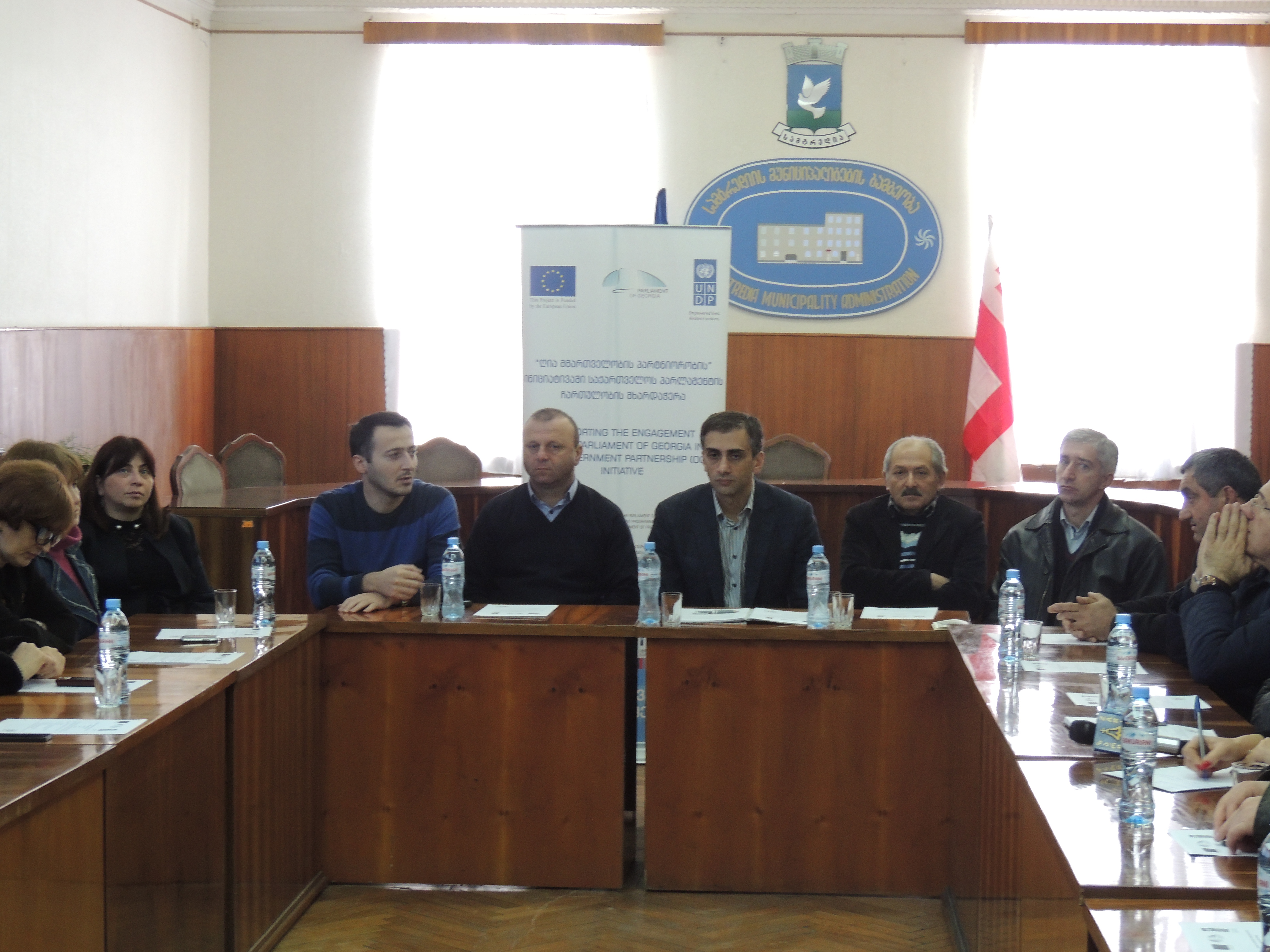 Davit Maisuradze discussed the Open Government Partnership initiative and the process of elaboration of the Action Plan. The Open Parliament Georgia Action Plan responds to four principal values of OGP, these challenges are: Citizen Engagement, Access on Information, Implementation of Innovations and Technologies, and Increasing Accountability of the Parliament to people. 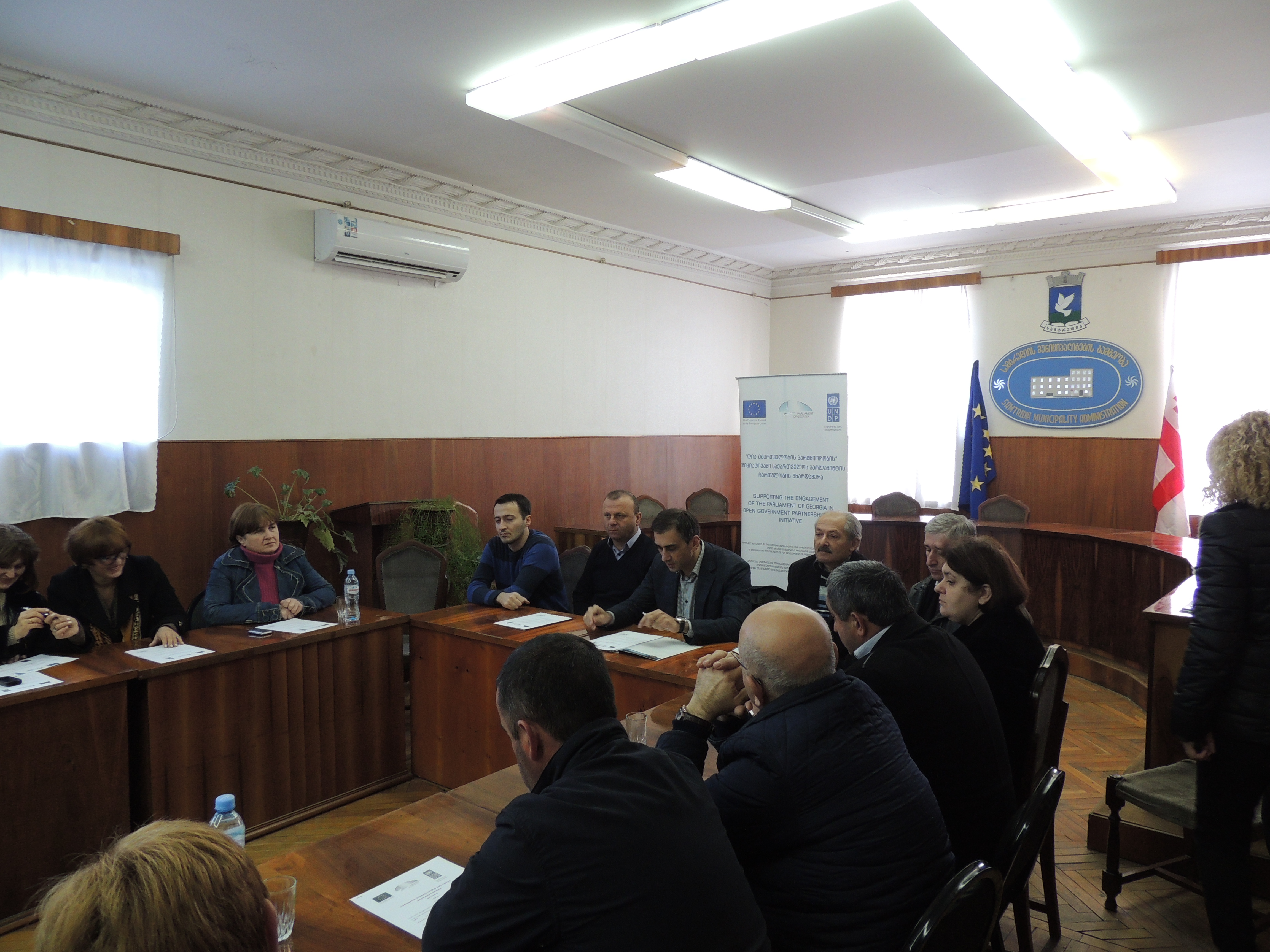 Worldwide acknowledgement of the Open Parliament Georgia Action Plan 2015-2016 was also highlighted at the meeting. Notably, conference of the Open Government Partnership's Legislative Openness Working Group held on September 14-15th, 2015 in Tbilisi, Georgia and the Global OGP Mexico Summit 2015 held on October 27-29th, confirmed an international significance of the Open Parliament Georgia Action Plan 2015-2016. On October 27th, at the OGP Civil Society Day, Inter-Factional Group of the Parliament of Georgia was awarded with the OGP Champions' Award due to an ideal co-creation practice between the parliament and civil society while elaborating the National Action Plan.

Member of the Parliament Giorgi Khakiani talked about commitments and responsibilities laid out in the Action Plan. In particular, he discussed "Allowing comment on draft legislation (electronically and/or in writing) ," "Submitting Legislative Proposals and Initiatives Electronically to the Parliament of Georgia and Implementing its Support Mechanism through the Official Website of the Parliament of Georgia", "Empowering Citizens to Engage in the Legislative Process", "Establishing Permanent Parliamentary Council on Open and Transparent Governance" and other commitments. Giorgi Kakhiani mentioned that commitments set out in the Action Plan must be implemented in the years of 2015-2016. "Recently, the Parliament elaborated and adopted the Open Parliament Georgia Action Plan 2015-2016, which considers engagement of citizens in parliamentary activities. The goal of the current meeting is to introduce citizens with this plan. Certainly, this topic will be covered by the media and information about the Action Plan will be widely disseminated. According to this Action Plan, Georgia is one of the successful countries. For us, more civic engagement and public awareness is important." - claimed the MP. 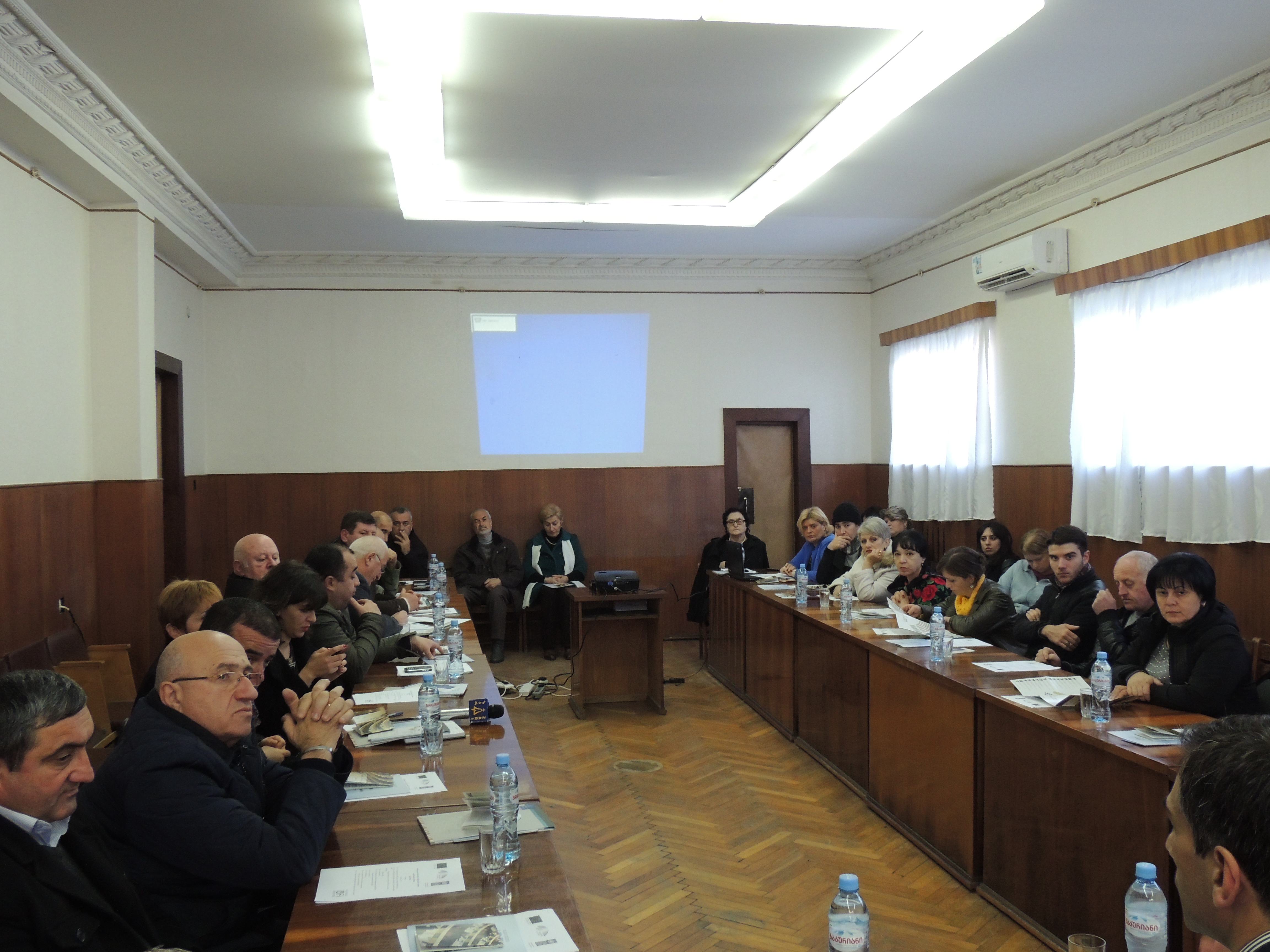 It is the first time that the Open Parliament Action Plan Georgia 2015-2016 was discussed with the Municipality. IDFI plans to organize similar informational meetings in other regions of Georgia as well.