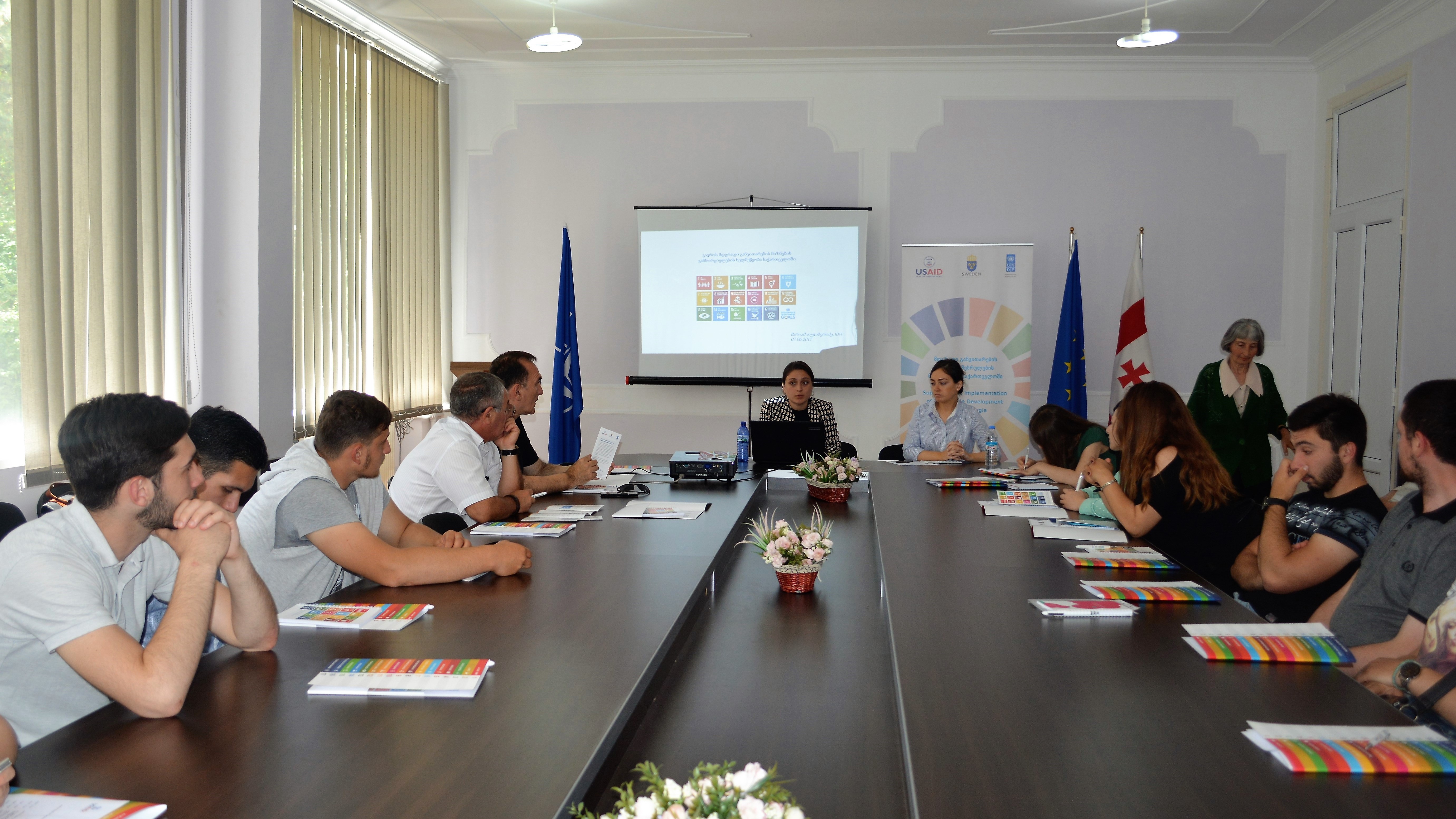 IDFI held a public lecture in Telavi titled UN Sustainable Development Goals: Global And National Agenda. The event was organized in cooperation with the Administration of the Government of Georgia and United Nations Development Programme (UNDP), and with the support from the Government of Sweden and the United States Agency for International Development (USAID).

The lecture aimed to increase public awareness about UN SDGs. The event was held in Iakob Gogebashvili Telavi State University. Students, members of the academia, representatives of NGO’s and local government attended the meeting.

During the lecture, IDFI analyst Mariam Tutberidze spoke about the 17 goals of sustainable development, and the role each person must fulfill in order to end poverty, protect the planet, and ensure prosperity for all. Ana Kvernadze from the Administration of the Government of Georgia informed the attendees about the objectives the government plans to achieve as part of this initiative..

“The fulfilment of SDGs is not only the responsibility of the government. Participation of every member of society is required for the success of this process”, – Mariam Tutberidze.

- Necessity of SDGs and where they come from;

- How the Georgian government chose its priority targets;

- Which of the SDGs is the most important for the public;

- How can the public participate, including NGO’s and local government;

- What are the future plans. 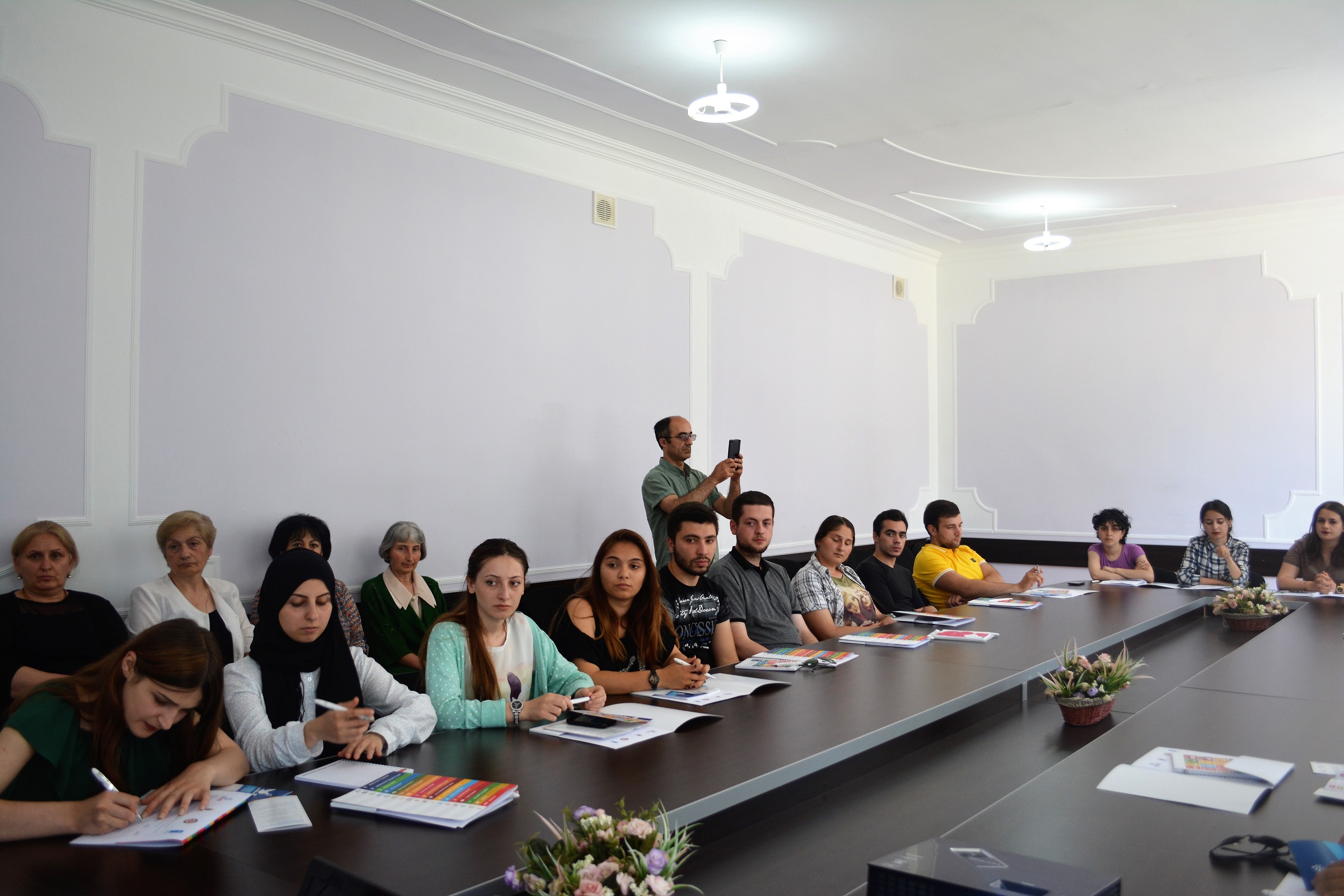 “The implementation of SDGs is a priority for the Georgian government and state institutions will be obligated to report their implementation progress”, – Ana Kvernadze.

The lecture was followed by a discussion, where participants spoke about the government’s resources for implementing SDGs, and the role of NGOs and the local government in their implementation process.

Participants also identified existing challenges, such as the need for improvement in legislation and policy, raising awareness regarding SDGs, defining social needs as main priorities and possible results of SDG implementation.