The Initiative of Georgia for Open Government Partnership in 2014 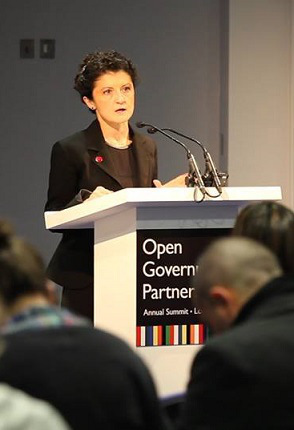 At the conclusion of the Open Government Partnership annual summit in London, UK, thirty-seven members of the international initiative revealed the plans for the further development of transparency, accountability and openness in their respective countries. The new initiatives cover a wide range of topics: new open data legislation, government integrity, fiscal transparency, management of natural resources and empowering the citizens.

Georgia was one of the thirty-seven countries that stated their plans for Open Government Partnership in the following years. On October 8th, 2013, Tea Tsulukiani, the Minister of Justice of Georgia, was asked by Francis Maude, the Minister of the Cabinet Office, UK, to send a short summary of the planned announcement at the end of the summit. In the summary, the main focus was the further development of public information legislation and electronic requests for public information, which was an important part of the 2012-2013 action plan of Georgia but, regrettably, could not be implemented in time.

The website data.gov.ge is to be launched in 2014, with a built-in public information request system, and a public awareness raising campaign will be conducted to inform citizens about the portal.