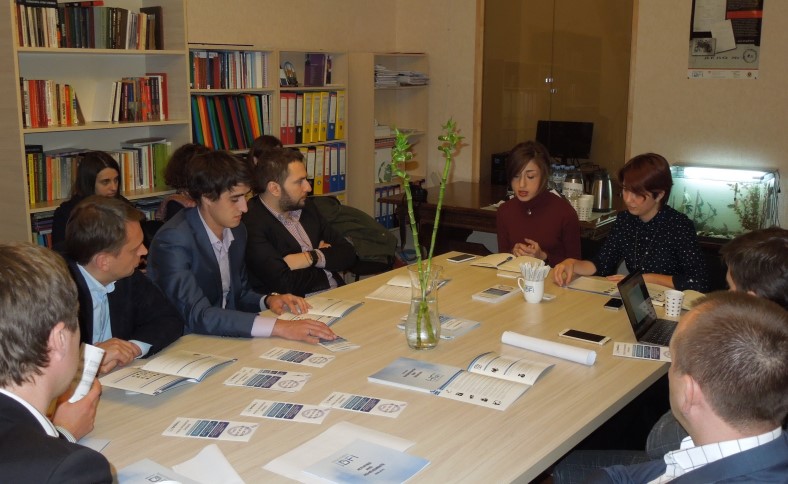 On November 5th Institute for Development of Freedom of Information (IDFI) hosted Ukraine’s delegation – Young Reformers’ Club. The meeting was organized by Club’s partner organization - Georgian Institute for Strategic Studies (GISS). Delegation visited Georgia for second time and aimed to introduce with current and already implemented reforms in the country. 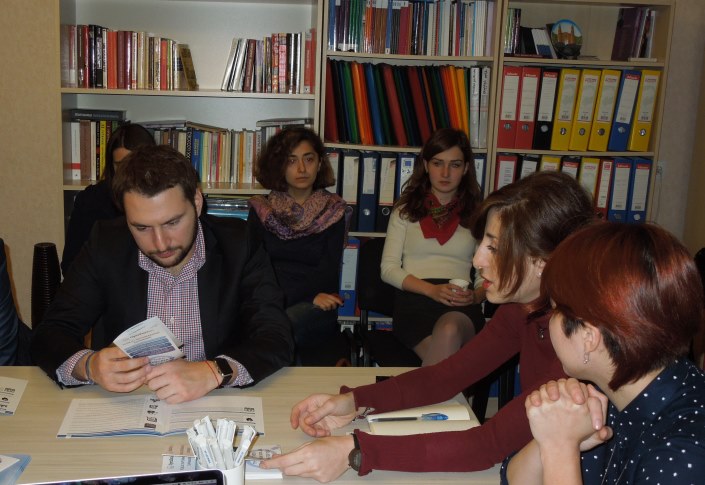 Guests also asked questions about funding, target groups, coalitions that IDFI has ever joined, partner and other organizations, which work on freedom of information.

Delegates expressed will to share Georgia’s and IDFI’s practice and use it in their civil activities in Ukraine. At the end of the meeting IDFI gifted guests with symbolic presents.