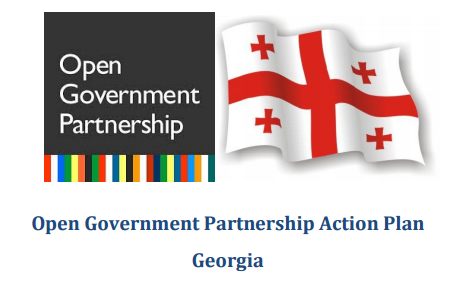 Georgia joined the Open Government Partnership in 2011 and since then developed three National Action Plans that included important commitments related to the fight against corruption and increasing of transparency, quality of public Service delivery and citizen engagement. As a result of successful reforms implemented within OGP, in 2016 Georgia became the Co-Chair of the partnership and in 2017 the Chair country of the initiative. Former chairs of OGP include France, United Kingdom, United States and Mexico. Chairmanship of OGP is a unique opportunity for Georgia to showcase itself as a leader of democratic reform and serve as an example to other countries in implementing governance reform.

On July 17-19, 2018, Tbilisi will host the OGP Global Summit, an annual event with more than 2000 participants from all over the world. The OGP Global Summit is the most important gathering of the Partnership, where along with various workshop and sessions Georgia will present its fourth OGP National Action plan.

On June 28, 2018, the Secretariat of Open Government Georgia (Analytical Department of the Ministry of Justice of Georgia) shared the initial draft of the Open Government Georgia’s (OGG) fourth National Action Plan (NAP) with the OGG Forum members. The document below provides assessments of the Institute for Development of Freedom of Information (IDFI) on the process of elaboration and substance of commitments of the OGP NAP for 2018-2019.

Commitments of the NAP was discussed by the responsible agencies on the Forum meeting held on 29 June 2018. Commitments were shared with the civil society organizations one day prior to the meeting and NGO members of the Forum were not given an opportunity to prepare comprehensive analysis of the initiatives presented by the government and elaborate comments on the commitments of NAP.

Second draft of the NAP was discussed on the Forum meeting held on 6 July 2018. On the meeting, the Secretariat of OGG and other responsible agencies presented the modified commitments and mentioned those that were removed from the draft.

Despite the two meetings conducted during a week IDFI negatively assesses the procedural aspects of the elaboration of NAP, since the consultations on elaboration of commitments were held only between the Analytical Department of the Ministry of Justice of Georgia (MoJ) and responsible agencies while the participation of civil society was not guaranteed in the working process. Unfortunately, the draft NAP was presented to the OGG Forum member NGOs only after the agreement on the commitments of NAP was reached between the Analytical Department of the MoJ and responsible agencies. Moreover, it should also be mentioned that civil society was not given sufficient time to consult with the responsible agencies. It is important to point out that the Ministry of Internal Affairs of Georgia presented its draft commitment at the end of the consultation process, several days before the Summit, which minimized the possibility to improve the commitment and present recommendations of CSOs.

Reflection of Suggested Commitments in the NAP

It should be noted that all active NGO members of the Forum, together with the other recommendations for OGG NAP for 2018-2019, presented one consolidated initiative related to the establishment of Independent Anti-Corruption Agency. It was first precedent of unified recommendation from the NGOs.

The recommendation for the Government on establishing Independent Anti-Corruption Agency, as the part of the commitment of NAP, together with the IDFI was suggested by the Transparency International Georgia, Georgian Young Lawyers’ Association and Open Society Georgia Foundation.

Unfortunately, the Government of Georgia did not consider the recommendation of active NGO members of the OGG Forum on establishing Independent Anti-Corruption Agency.

The Support Unit of the Open Government Partnership (OGP) advised the Government of Georgia  as it does all chairs - that the chair role comes with opportunities and responsibilities: to lead by example at home and globally, and step up on process, on ambition and on delivery of commitments. Despite the above-mentioned recommendations, the main weakness of the NAP presented by the Government of Georgia is the lack of such commitments. Chairmanship of OGP was the unique opportunity for Georgia to assume the leading role on the international level in the sphere of open governance. However, achievement of this goal was only possible through implementing the exemplary reforms for the current and future member states of OGP. Unfortunately, IDFI considers that executive government of Georgia was not able to use this opportunity efficiently and presented the NAP for approval that does not meet with the expectations set for the OGP leader countries.

IDFI presented seven recommendatory commitments for 2018-2019 NAP to the OGG member agencies. These recommendations were based on the principles described above. Except for the establishment of Independent Anti-Corruption Agency those commitments included:

- Creation of the registry of the beneficial ownership of the companies registered abroad;

- Elaboration of legislative framework on public participation in the decision making process;

- Improvement of existing standards of proactive disclosure of public information;

- Creating an Office of the State Minister on Public Administration and Innovations;

- Transparency of the meetings of the Cabinet of Ministers;

- Ensure greater transparency of public procurement trough by providing information about subcontractors and by broadening the list of mandatorily published information.

Unfortunately, none of the commitments, suggested by the IDFI, were included in the draft NAP for 2018-2019.

It is noteworthy that the content of the chapter “Challenge: Increasing Public Integrity” in the NAP is particularly weak. This issue is specifically problematic given the fact that the document on Chair Vision of Georgia for OGP provides increasing transparency and fighting against corruption as one of the strategic goals. In addition, Georgia is the member of Anti-Corruption Working Group of OGP and the Chair Vision focuses on sharing experience on fighting against corruption and moving the particular components of this sphere to the leading positions. Overall, it can be concluded that the commitments suggested by the Government of Georgia do not meet with the expectations that existed towards the NAP presented by Georgia.

Commitments Suggested by the Responsible Agencies

Even though the absolute majority of the commitments of NAP is not ambitious and does not aim to implement meaningful reforms, there are good examples in the document. For example, IDFI positively assesses the commitment presented by the Supreme Court of Georgia related to the creation/improvement of electronic system for publishing court decisions, since this commitment will substantially improve access to the court decisions in Georgia, which represents existing challenge. IDFI also positively assesses the commitment of LEPL – National Agency of State Property on elaboration of manual of corporate management for state supported enterprises, which was suggested by IDFI and GYLA jointly. However, as it was already mentioned above, the commitments in line with the OGP standards does not change the general picture on ambitiousness of the NAP and overall the initial draft of the document can be negatively assessed.

Major commitments of the presented NAP repeat the content of the commitments of the previous NAP and their only purpose is the improvement of existing system. For example, the commitment on adapting the existing services of the Public Service Hall to the people with disabilities can be considered as such commitment. Even though the initiative on increasing accessibility of public services for vulnerable groups is very important, this commitment does not represent the novelty that might be considered as ambitious reform. Another example of such commitment is implementation of unified authentication system for increasing accessibility of public services, that will allow citizens to use unified authentication system for online services and avoid registration on the webpages of all government agencies separately.

Overall, it can be mentioned that OGG NAP for 2018-2019 presented by the Government of Georgia lacks ambitious and innovative commitments that could be assessed as important step forward towards establishing open governance and could become an example for other state members of OGP.