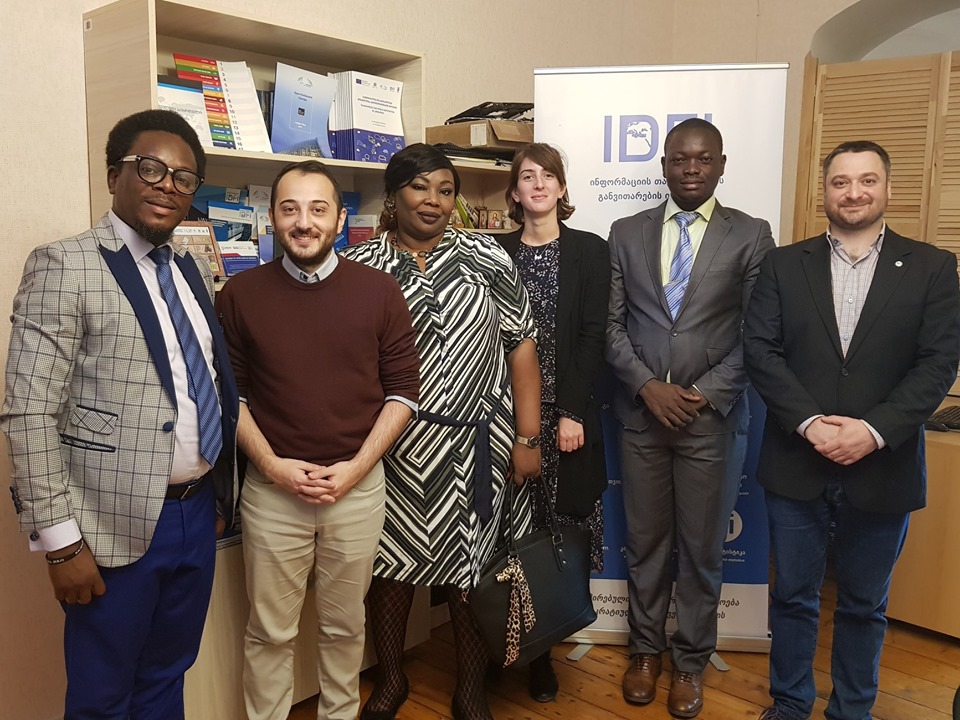 On 18 September 2019, Institute for Development of Freedom of Information (IDFI) hosted the delegation from Sierra Leone, consisting of: Hon. Paran Umar Tarawally - Clerk at the Parliament of Sierra Leone; Marcella E. Samba-Sesay - Executive Director at the Campaign for Good Governance; and Alusine Diamond-Suma - Programme Coordinator at the Westminster Foundation for Democracy.

The meeting was also attended by representatives of the local civil society organizations (CSOs) working on the issues of parliamentary openness in Georgia (Transparency International - Georgia and National Democratic Institute).

Georgian CSO representatives shared their experience with the co-creation process aimed at ensuring Parliamentary openness in Georgia. Discussion questions also included how non-governmental sector can keep the Parliament focused on and committed to the OGP process.

Giorgi Kldiashvili, Executive Director of IDFI and the CSO Steering Committee Member of the Open Government Partnership (OGP): “We shared our experience about the importance and functions of the Consultative Group (consisting of local and international organizations) of the Permanent Parliamentary Council of the Parliament of Georgia. How the Group/representatives of 16 organizations works with the Council/Parliament members; as a result of this process, four three Legislative Openness Action Plans and a number of innovative commitments were elaborated and are being implemented by the Parliament through support and cooperation with CSOs. “Members of the consultative group who attended the meeting spoke about those commitments from the legislative openness action plan of the Parliament of Georgia that were initiated by their respective organizations.

Speaking to the guests, Giorgi Kldiashvili also emphasized the role and importance of public participation in the parliamentary processes. A number of public outreach actions/discussions (throughout Georgia) were held by the Parliament of Georgia with the support of IDFI to gain ideas and ensure civic involvement in the openness action plan elaboration/parliamentary openness actions.

The Sierra Leone Parliamentary Delegation is serving the visit in Georgia within the framework of the Westminster Foundation project.