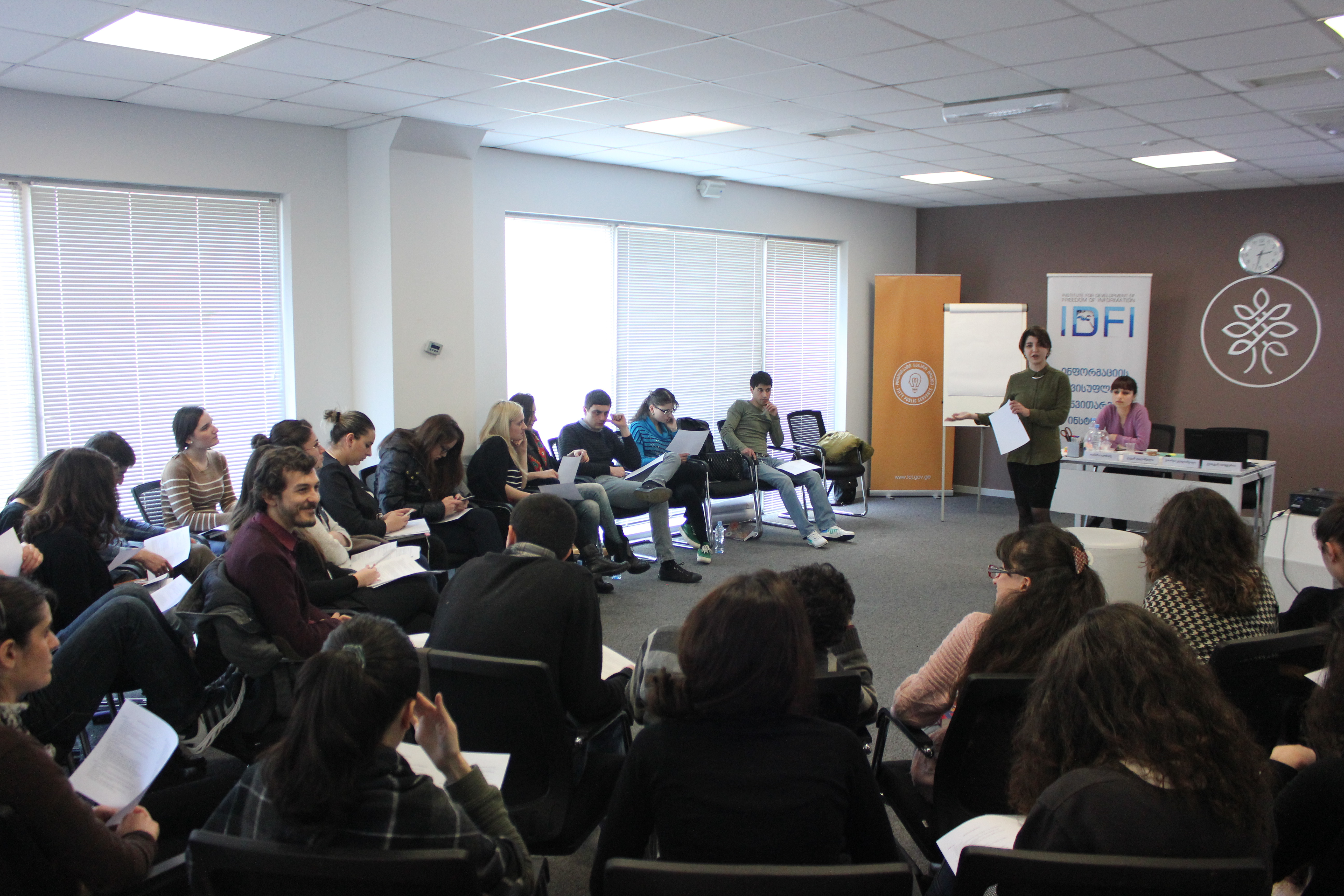 On March 15-16, 2016, the director of the Institute for Development of Freedom of Information (IDFI) Levan Avalishvili and its analyst Tamar Iakobidze conducted a public policy and freedom of information training within the framework of the project 50 Public Servants of the Training Center of Justice.

Day one of the training started off with Tamar Iakobidze’s presentation of various definitions of policy, models for analyzing the public policy process, management and governance, and the main principles of good governance. Training participants were given the opportunity to ask questions during the presentation. Afterwards, they participated in a practical exercise concerning the relationship between the political system and its sectors, during which they had to apply the newly acquired information. The participants worked in groups and made presentations. The practical exercise clearly demonstrated the importance of governance and the necessity of cooperation between sectors in a contemporary political system.

Day two of the training started off with Levan Avalishvili’s presentation of IDFI’s experience of working on freedom of information, specifically within the framework of the project Public Information Database - www.opendata.ge, through which IDFI sends thousands of freedom of information requests to public institutions each year. The main objective of the project is to increase government accountability, and the awareness and participation of civil society in the decision-making process. Levan Avalishvili spoke in detail about the current challenges facing Georgia in terms of freedom of information, as well as various interesting cases from IDFI’s rich experience. Training participants were given the opportunity to ask questions during the presentation. Towards the end of day two IDFI analyst Tamar Iakobidze spoke the principles of proactive transparency, and the practice of transparency in Georgia. Finally, the two day training was concluded with the participants taking part in an Oxford-style debate, where they had to debate whether sanctions should be placed on public institutions for refusing to disclose public information, and the appropriateness of the following information being public: information of state companies, biographies of public official advisors, etc.
The project 50 Public Servants is being implemented by the Training Center of Justice of Georgia. The 6 month project aims to train young people that are interested in the public service.