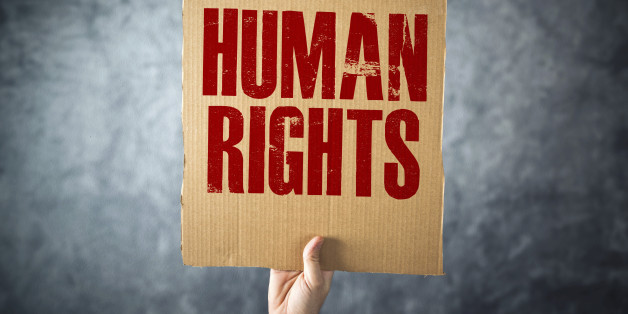 The document titled the “1991 Country Human Rights Report for the Union of Soviet Socialist Republic” was sent from the U.S. Embassy in Moscow to the State Department. The document discusses political and human rights situation in USSR and its member republics. The August coup and its aftermath, ending of 70-year communist rule, independence of Baltic States, killing innocent civilians in Riga and Vilnius, and Armenia-Azerbaijan conflict is only a short list of topics discussed in the report. Below, IDFI provides information regarding Georgia of that period.

Due to disintegration of the Soviet Union, the protection of human rights is delegated from the Center to republics. According to the document, Georgia represents “the worst case”. The “harshly discriminatory policies” pursued by governments of Georgia and Azerbaijan resulted in “violent inter-ethnic conflict”.

Popularly elected President abused his power and tried to impose direct rule on local self-government seeking autonomy. Moreover, he stopped the dialogue and politics of compromise with the opposition. In the course of these events, President Gamsakhurdia arrested tens of political opponents, restricted freedom of expression and started virtual civil war, in which hundreds died and disappeared.

According to the population of the South Ossetian Autonomous Region, many Ossetian civilians had been abducted by Georgian troops or fighters, and the disappearance lasted up to three months.  In other cases, the abducted persons died and their mutilated bodies were returned to the families. Ossetians estimate that by October 1991, over 40 persons had disappeared.

Local and international human rights groups approximate that President Gamsakhurdia arrested more than 80 members of opposition, including former head of National Guard Jaba Ioseliani,[1] and the chairman of the Supreme Soviet of the South Ossetian Republic Torez Kulumbegov. Kulumbegov is charged with inciting inter-ethnic violence and abusing power.

In September, Georgian police arrested two main members of the opposition: the chairman of the National Democratic Party Giorgi Chanturia, and the member of the National Congress Giorgi Khaindrava. Chanturia is accused of conducting antigovernment activities. The Georgian government claims that majority of arrestees are charged with serious criminal offences such as robbery and illegal possession of weapons. However, the opponents assert that made-up accusations are used as a pretext to detain opponents. Many of those who were arrested are still waiting for the completion of investigation and trial.

The politically motivated inter-ethnic violence in Georgia resulted in many deaths. The Georgian militia and armed civilian bands conduct frequent attacks on Ossetians and their villages on the territory of former South Ossetian Autonomous Oblast. According to Ossetian nationalists, since 1989, more than 300 Ossetians died in clashes with Georgians. Ossetians blame Georgian government for imposing economic blockade on the region of energy, medicine and food supplies.

In Georgia, Moldova, and Ukraine media that supported Communist party or Russian nationalist point of view were banned. These governments continued to exercise control over central television broadcasting.

The government of Georgia banned journalists of several national publications from working from its territory, due to perceived anti-Georgian coverage. The reporter of Radio Liberty was personally expelled from the press conference by President Gamsakhurdia. The Georgian government closed down the local newspaper “Molodezh Gruzii” for objective but critical reporting on Gamsakhurdia. Several reporters from newspaper were harassed and had difficulty finding a job. Opposition-leaning journalists are concerned about their personal as well as their family’s security. The Georgian government refused to broadcast any programming from Moscow or Russian Republic. Georgian journalists, critical to Gamsakhurdia, accuse government of harassment and surveillance of their families.

Georgia and Moldova are the only two countries who provide alternative service for those who have a conscientious abjection serving in armed forces.

The governments of Georgia and Azerbaijan declare that they guarantee freedom of religion. In Georgia, people are free to worship; however, some minorities, including Jews, think that they are subject to discrimination in employment and housing, despite the local laws.

Gamsakhurdia won the spring presidential election with overwhelming majority. The opponents state that Gamsakhurdia, who was already elected as President by the Parliament, announced early election so the opposition could not compete effectively.

The government of Georgia welcomes inquiries about its human right practice. President Gamsakhurdia asked the U.S. Helsinki Commission to send long-term observers to monitor the situation. However, human right activists encounter difficulties when trying to visit arrested political activists due to bureaucratic hurdles.

The dissolution of the Soviet Union worsened the fate of those nationalities, which live outside of their titular republics or do not have one. In the worst case, the severe discrimination of ethnic minorities in Georgia and Azerbaijan turned into conflict, almost civil war, with hundreds dead.

The Armenian organization “Krunk” tried to promote Armenian language in Armenian community of Abkhazia. The Georgian prosecutor regarded this as grave violation of language law and, in the letter to the chairman of the organization, threatened to close down the organization unless it complies and ceases such activities.

[1] Most probably, the document mistakenly ascribes the title of head of the National Guard to Jaba Ioseliani, who was in reality leader of a paramilitary group called Mkhedrioni (Horsemen).

Other Publications on This Issue
Congressional Delegation in Georgia: Meeting with President Gamsakhurdia’s Opposition  |   18 May 2017
CIA Documents  |   11 May 2017
Gamsakhurdia Continues to Challenge Moscow  |   31 March 2017
The Letter of President of Georgia Zviad Gamsakhurdia to United States Secretary of State James Baker  |   20 March 2017