Freedom of Information in Georgia

Since 2002 the world celebrates the International Right to Know Day on September 28th. In 2015, September 25 the world leaders adopted the Sustainable Development Goals (SDGs) at the UN Summit. For the first time, among the goals that need to be fulfilled by 2030 a commitment of public access to information was included in an international agreement of this kind.

The Institute for Development of Freedom of Information (IDFI) has been actively working on the issues of transparency and accessibility of public information since 2009.

Moreover, the organization has been implementing the project "Public Information Database - www.opendata.ge“ since 2010. Public Information Database, as an important legal institute, plays an important role in the development of freedom of information; in determination of main trends and problems of accessibility of public information, in establishment of commitment to fulfill appropriate legal norms through control of public agencies and formation of an active civil society in Georgia.

IDFI has sent around 30,000 public information requests to public institutions. This number gives quite clear image about the accessibility of public information in Georgia. The statistical data of IDFI has been annually used in Country Report on Human Rights Practices by the U.S. Department of State since 2013. 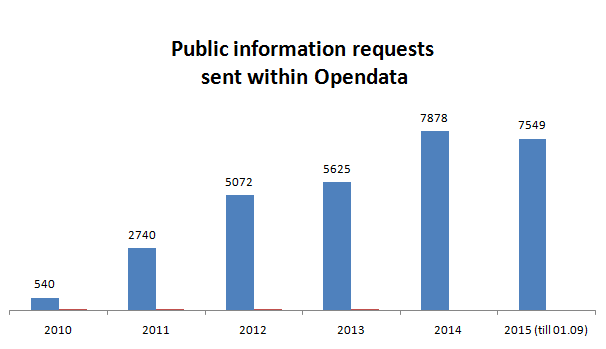 Notably, after parliamentary elections in 2012, increasing trend of transparency in public institutions was palpable. The majority of institutions started to disclosure information that had not been available before, but there was a suspicion that the change was significantly related to the change of the government.

Unfortunately, the rate of accessibility to public information started to plummet in 2014. Accordingly, it appeared that the good trend, demonstrated by the public institutions in previous years was the result of the lack of will to hide the information regarding the activities of the former government. It was also reflected on the statistical data provided by the IDFI, according to which the 88% rate of complete answers decreased to 66% in 2014.

One of the most relevant progresses is perceptible in the judicial system. In 2014-2015 years judges satisfied such kind of complaints of IDFI administrative bodies that court used to reject in previous years. 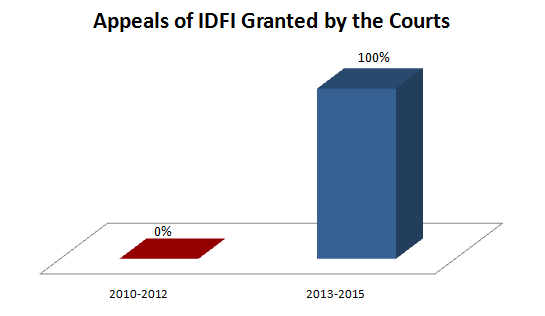 Appeals of IDFI Granted by the Courts

It should be highlighted that the decisions mentioned above have precedential importance. On these cases, court unambiguously emphasized that information which IDFI had been requesting from the public entities for years is an open public information. In the process of its activities, IDFI has faced many instances when public institutions refused to provide the institution with information which was public in character. It would happen as a result of incorrect interpretation of law. We hope that the decisions listed above will serve as guarantee that administrative bodies will not question open character of the following information:

- Bonuses received by high officials (by month), indicating their names and last names;

- Representational expenses of a public entity (indicating the event, its date, venue and the number of attendants);

Important step forward regarding freedom of information was made within the OGP - commitment of public entities on proactive disclosure. Since September 1, 2013 public institutions became obliged to publish public information on their websites.

IDFI actively monitors the process of fulfillment of the commitments.

In 2014, the Institute monitored 133 public entities. The data showed that 74% of public entities had a category for public information on their web-pages with some data published in it.

IDFI developed recommendations for public entities to raise the rate of proactive transparency. 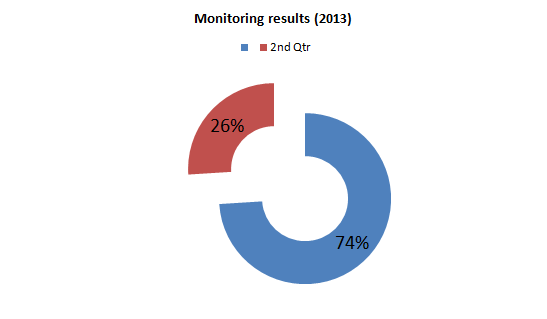 In 2014, with the support of the Open Society Georgia Fund and in partnership with the Ministry of Justice, special working group actively worked to develop a draft law on freedom of information. IDFI’s experts were active members of the group.

We hope that the draft law will be adopted in nearest future and the government will consider the opinions and recommendations of civil sector organizations that have been working on the issues of freedom of information for years.