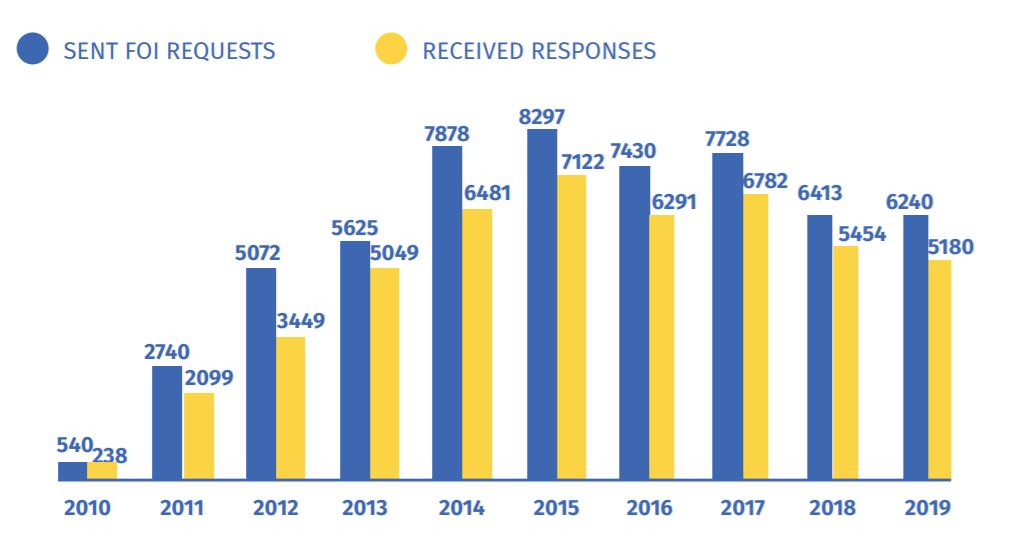 - During 2019 24 public entities provided complete information within the period of 10 days (among them National Statistics Office, Office of the Public Defender (Ombudsman), State Inspector Service);

- Together with the system of the Ministry of Justice and State Treasury 12 other public entities left the requests of IDFI without response (Border Police and 11 municipal self-governing entities, city halls and councils); 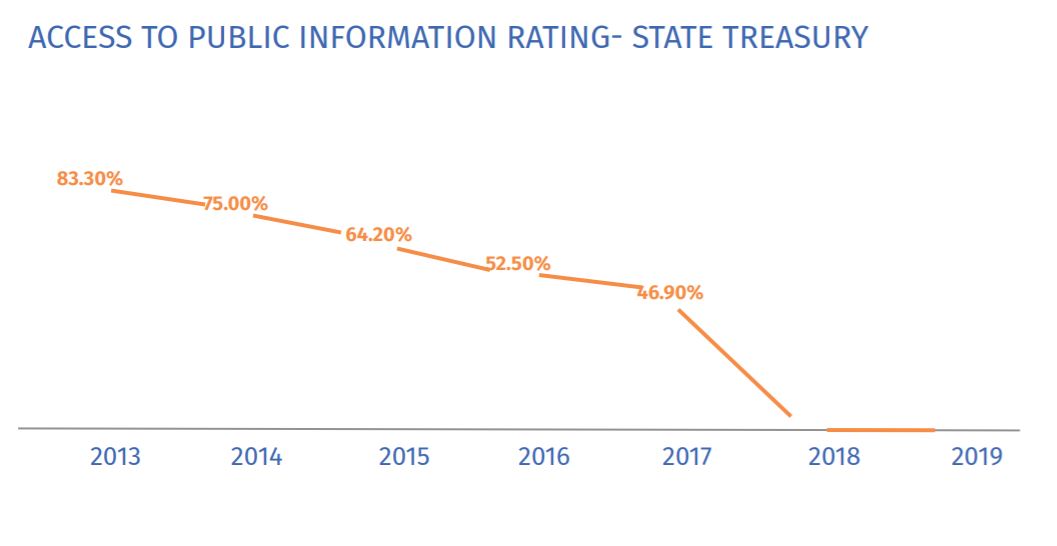 - During 2019 the Ministry of Finance (+30.6%) and the Ministry of Economy and Sustainable Development (+29.92%) showed the highest improvement in regards to access to public information, whereas the highest decrease was observed in case of the Administration of the Government of Georgia (-23,16%);

- Compared to 2018, the percentage of complete responses decreased by 7% in 2019, while the ratio of unanswered requests increased by 5%;

- During 2019 the number of public institutions demonstrating 100% access to public information is approximately twice as low compared to the previous year;

- The ratio of complete responses received from municipal self-governing entities fell by 10% in 2019, while the number of unanswered requests increased by 11%.

Based on the results of the monitoring conducted by IDFI the picture of access to public information in Georgia continued to aggravate in 2019. However, the 80% baseline of responding to FOI requests set since 2014 was observed. This was mainly due to the high level of accountability demonstrated by a number of public institutions. Namely, such public institutions as National Statistics Office, Office of the Public Defender (Ombudsman), State Inspector Service, Civil Service Bureau and National Intellectual Property Center – Sakpatenti have been demonstrating the highest levels of access to public information throughout the years and thus fully complied with the obligations set by the law. At the same time, a low level of accountability implemented at a number of other public entities (System of the Ministry of Justice, State Treasury, Administration of the Government of Georgia) had a significant negative impact on the overall state of access to public information in Georgia.