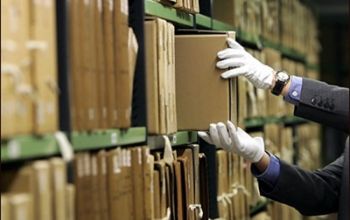 On the 22nd of December, 2015 amendments were made to the Decree of the Government of Georgia regulating fees, payment rules and terms of service for the rendered services of the National Archives of Georgia. According to the amendment, fees will be removed for the services of providing researchers with electronic copies of the documents kept at the archive. The changes in the secondary legislation concern documents from the collections of IX-XIII and XIX-XXI centuries.

It must be noted that NNLE Institute for Development of Freedom of Information (IDFI) has been conducting advocacy activities with the aim of abolishing fees for the services of providing researchers with electronic copies of original documents kept in the National Archives of Georgia. As a result, special obligation was included in the Open Government Partnership (OGP) Action Plan 2014-2015, according to which Ministry of Justice of Georgia took a responsibility of reviewing relevant regulations and making necessary amendments under the supervision of LEPL National Archive of Georgia. The aim of the amendment would be to higher transparency of archives free access on the electronic versions of the documents for the researchers. With the aim of meeting the above mentioned obligation the said amendments amendment to the Decree of Government was undertaken for the above-mentioned goal and the fee was removed.

Moreover, considerable positive changes were made during the past years at the Archives of the Ministry of Internal Affairs of Georgia (former Committee for State Security and the Central Committee of the Communist Party of SSR Georgia) in respect to access to the documents. As a result of active advocacy undertaken by the IDFI, Decree of the Government of Georgia was adopted, which determined that providing information in digital format should be free within 24 hours of the request. Despite of this, the information, documents protected at the MIA Archive, was not completely sorted, while the description of the fund and registry was very general and it complicated access to the documents protected at the MIA Archive. Therefore, with the recommendation of IDFI, the Ministry of Internal Affairs of Georgia took the commitment of the Open Government Partnership (OGP) Action Plan of creating an electronic catalog for the documents protected at the MIA Archive and making it publicly accessibly for the citizens. The above-mentioned catalog is accessible at the official web-page of the MIA Archive.

IDFI welcomes changes made by the Government for achieving further transparency of the archives. We believe that the openness of archives and unhindered access to the Archival Fund is an important component of government openness. Unique material and historical documents from are protected at the National Archives and the Archives of the MIA from IX century and they include interesting information about many aspects of the XX century. Due to high public interest on the above-mentioned information it is very important that the documents protected at the archives are accessible as by the researchers as by any interested individual.

View the presentation prepared by the MIA Archive.