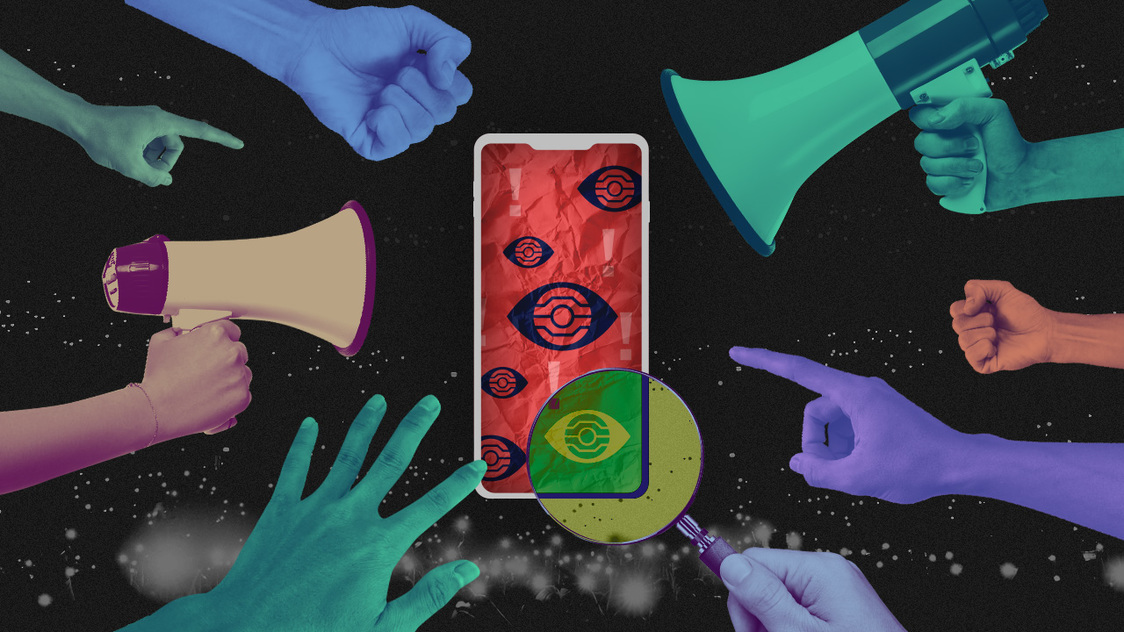 In recent years, trends of information manipulation and propaganda in online spaces have been spreading with unprecedented speed and constant alterations of strategy. While this is a global problem, it has a particularly strong and multifaceted impact on societies in the process of democratization. Free dissemination of information in countries like Georgia is one of the main achievements of the democratization process and, at the same time, presents an important challenge. However, discussions regarding establishing the relevant mechanisms are not only sparse, but face a number of ethical and normative dilemmas.

The possibility of the free dissemination of information on online platforms brought premature hopes in terms of potentially positive impacts of democracy and processes of democratization, with governments and traditional media sources losing their monopoly on the flow of information. The appearance of new means of expression for each person was considered to be the most important mechanism for increasing the degree of democratization and accountability of governments at the end of the last century. Despite the technology itself being politically neutral, more than one political actor or regime has attempted to politicize the platforms and the channels for the spread of information. In the case of Georgia as well, the successful mobilization of several radical groups that have become more active in recent years is attributed to the use of these platforms. In addition, according to a study by MIT Media Lab, inaccurate or distorted information spreads online 70% faster than verified and factual information, which makes online media platforms not only a huge factor for influence, but grants them responsibility over the content.

Information Manipulation and Its Influence on Democracy

The negative impact of information manipulation and disinformation campaigns covers the social, economic, education, and healthcare sectors, as well as democratic engagement and, in general, the trust of the public toward democratic institutions. These and similar trends also contribute to the emergence of violence and extremism, as well as radical narratives, in the cyberspace, which are subsequently shifted and reflected in the real world. Information manipulation and the spread of misinformation on a hypertrophied scale have a negative impact on the political process and damage the democratic environment. In the context of the Post-Truth environment, disagreement about the facts, naturally, hinder the process of settling on the relevant policy while adhering to the principles of pluralism.

Public polarization is often reflected not only in the online space, but also does the opposite - it feeds and deepens due to the so-called echo chambers forming in online media. While information manipulation and disinformation cannot be considered the only sources of polarization, its instrumentalization is possible without any simplified and additional resources by radical and populist forces. The response to such is fragmented and relatively slow.

It should be highlighted that, among the most popular daily posts on Facebook, those supporting right-wing radical policies and disinformation campaigns (such as anti-vaccine narratives) are more prevalent as opposed to others. At the same time, studies have revealed that mistaken or purposefully misleading information spreads more among the sector of the public that is already in ideological agreement with the content of said information.

The Enchanted Circle: Freedom of the Media and Information, Freedom of Expression, the Threat of Regulations and Censorship

While researches of the topic, as well as a portion of the public, recognize the risks associated with manipulation of information, the establishment of the relevant mechanisms to address these is met with varying attitudes and encounters several dilemmas. Self-regulatory online platforms (e.g., Facebook and/or Twitter) play an important role and have significant influence in the information environment. For instance, Facebook, the most popular platform in Georgia, verifies information with external resources and in cooperation with local organizations, while Twitter, in terms of its own practice of marking information as incorrect or misleading, is testing its novel public verification tool in the context of the United States. Nevertheless, the tendency shows that online information manipulators are always one step ahead of the developed methods of combating them, while users easily and regularly change their usage habits. In addition, the situation is complicated by the fact that tech companies are reluctant to share relevant data and/or statistics with disinformation researchers so that the trends can be studied more in-depth.

Ultimately, however, it should be taken into account that, while these companies create virtual infrastructure, these are always connected with a physical space, a specific territory, legislation, and private, often business, interests. The opposition of precisely these business interests to public interest became a part of the narrative of whistleblowers, who began to speak out regarding the increasing and negative influence of massive tech companies, as well as their low interest in combating information manipulation and propaganda. It is they who demand more regulation of media platforms and oversight of their work by legislative bodies. It is notable that Great Britain has introduced new legislative regulations in this period, according to which similar giant tech companies would be tasked with monitoring “content of illegal or harmful nature” and act against them through large fines. Similarly, the European Union is also working on the topic of regulating tech companies within the framework of the “Digital Service and Digital Markets” Act.

Despite the above trends and global challenges, the issue of state regulation is giving rise to debates and concerns about the potential for censorship. Questions also arise regarding the questions of according to which standards tech companies should be regulated, in response to which Anne Applebaum, among other means, singles out the International Covenant on Human Rights and independent individual judges. However, the expectation that the regulations developed against disinformation and information manipulation will be used for the restriction of freedom of information in general is especially pertinent for the countries in the process of democratization, where state institutions are already distinguished by instability.

In Search of a Solution: the Perspectives of the Georgian Civil Society and Media

Taking into account the scope of online content manipulation and its complex influence, while speaking about response mechanisms, the non-governmental organizations working on media issues often highlight the importance of complex approaches to the problem. The Institute for Development of Freedom of Information (IDFI) gathered initial information and assessments on these issues from the representatives of the civil society and media organizations. In this regard, several directions should be highlighted: strengthening media representatives, introducing media literacy, enhancing citizen resilience, and high-quality involvement of independent judges. Organizations cite straightforward and fragmented approaches to advocacy around the issue as one of the major existing challenges.

Media as well as civil society representatives take a skeptical stance when it comes to the role of the government, citing the risks of censorship and monopolization of the information space. Representatives of the civil society and media organizations speak to the need and importance of an ethical media self-regulation document in this context. On the other hand, the tool of the state to ensure the expansion of educational programs and, in line with international best practices, to include media literacy in the national curriculum, should be highlighted. In addition, contrary to the negative expectations towards the regulations, the need for state involvement in the discussions against disinformation and information manipulation, both with the civil society and the media, remains urgent. Strengthening the strategic committees in state structures and the effectiveness of their work, from the perspective of the civil society and media organizations, remains challenges in Georgia.

It should be noted that, against the background of the free and widespread platforms offered by large tech companies, the low awareness level in users remains one of the principal challenges in Georgia, according to media organizations.

The receiving public is the connecting link between the online content manipulation and its negative impact on democratic processes, which is why ensuring the capability of citizens to verify information and, in general, form a constructive, responsible, and critical attitude toward online information space is of vital importance.  The education programs and approaches in school and universities in this regard lack a systemic character and are fragmented, while public institutes are not sufficiently strong (and authoritative) to have an influence on these processes.

Finally, strengthening journalists is important in several directions: on the one hand, through improving the low level of trust towards media in the country, on the other hand, through solidifying the practices based on identifying manipulated information and verifying data, and finally, through ensuring the awareness of the public regarding the issue of disinformation. It can be said that, when it comes to information manipulation and public awareness, journalists should be playing the role of civil activists.

In conclusion, online information manipulation, as well as the development of the mechanisms to address it, is a complex topic and necessitates similarly complex approaches to resolving it. No single segment or institution can be responsible for this, rather – a combination of responsible users and tech companies, ethical media and quality journalism, independent courts and the involvement of the state in relevant discussions.