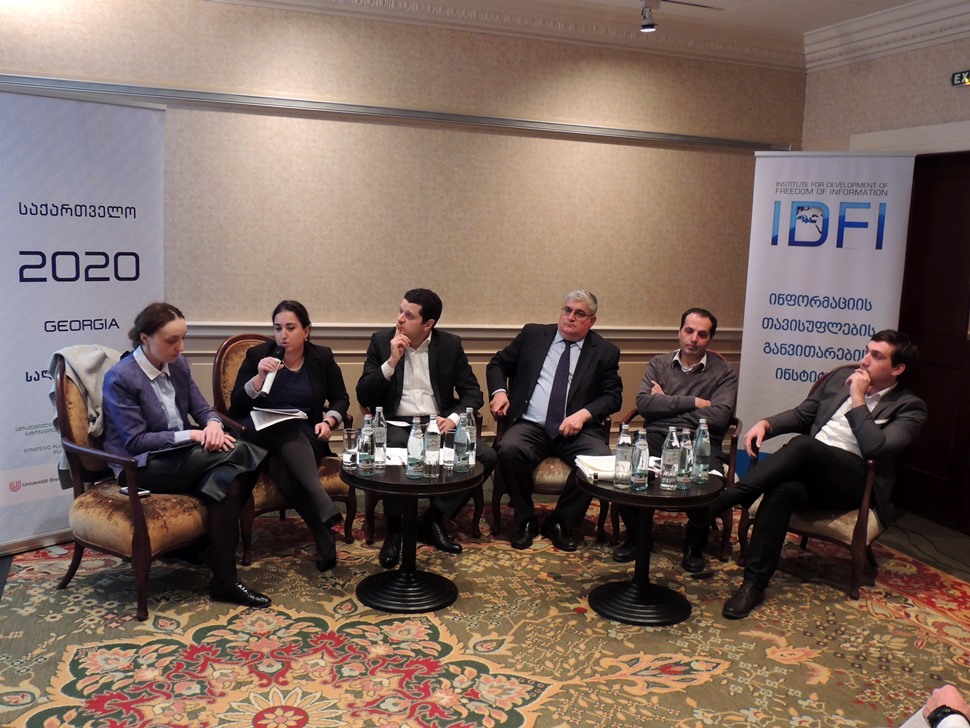 On Friday, October 23 the Institute for Development of Freedom of Information organized a discussion - “Public Discussion on 2016 Draft Budget”. Discussion was held within the framework of the project - “Strategic Plan Georgia 2020 - Strengthening Public Involvement". The article was published on the blog of the project.

Representatives of public, private and non-governmental sectors took part in the event and discussed the draft budget of 2016, its main parameters and significant changes compared to the budget of 2015. The speakers of the panel were - The head of the Budgetary Department of the Ministry of Finance of Georgia; The head of the Parliamentary Budget Office - Tatia Khetaguri; the representative of “Free Democrats” party - Davit Onoprishvili; Economist and professor of University of Caucasus and University of Georgia - Akaki Tsomaia; Economist - Lasha Arevadze.

Ekaterine Guntsadze discussed 2016 draft budget and talked about its main parameters. According to Guntsadze, the draft budget of 2016 is based on 3% GDP growth and 4.5% inflation rate. State dept and the ratio of budgetary deficit to GDP is 42.8% and 3.0% respectively. 78.4% of the income comes from taxes, while 10.8% come from credits.

The major spending entity is the Ministry of Labour, Health and Social Affairs of Georgia, whose budget makes up 34% (3,07 bln GEL) of the state budget. Universal healthcare program (100 mln GEL) and pension system (90 mln GEL) had the greatest increase in financial support from the ministry’s budget. While talking about the pension system, Guntsadze noted that the number of retirees will reach 720 000 by 2016, which is 15 000 more than the same indicator of 2015. There is a significant increase in social aid costs (49 mln GEL) and other healthcare programs (48.3 mln GEL) as well.

The second major spending entity after the Ministry of Labour, Health and Social Affairs is the Ministry of Education and Science of Georgia. The ministry’s budget increased by 134,4 mln GEL and amounts to 11% of the state budget. Most of the costs of the ministry fall on rehabilitation of infrastructure and voucher financing of schools. The voucher financing increased by 77 mln GEL, compared to the indicator of 2015 and for the year 2016 it amounts to 507 mln GEL. The budget for rehabilitation of infrastructure and school equipment is planned to be increased by 33.9 mln GEL in 2016 and in total, amounts to 151.9 mln GEL. It is important to note that the costs of university level free programs are already included in the draft budget, which also incorporates activities designated by millennium goals. 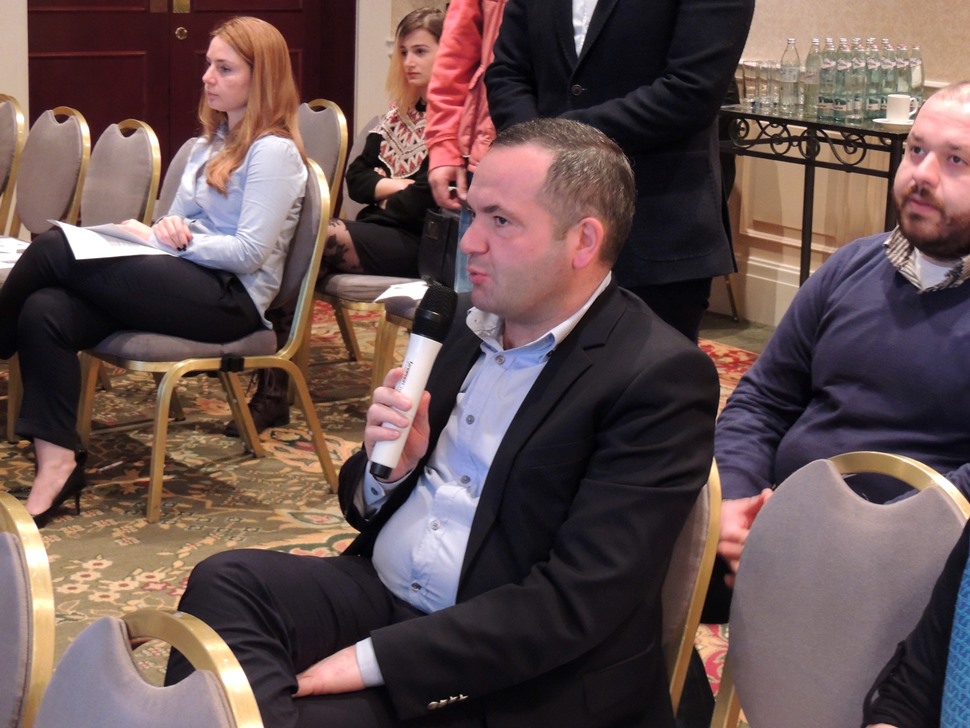 The cost of infrastructure is planned to increase by 4.5 mln GEL in the draft budget of 2016. Despite the growth, the costs of infrastructure are 9.6% of the budget, which is 0.3% less compared to the 2015 budget. The share of the budget of the Ministry of Agriculture has not changed. The government plans to spend 2.8% of the state budget on this ministry in 2016, as it was in 2015. In the light of increased state budget, the budget of the Ministry of Agriculture of Georgia is expected to be increased by 13.9 mln GEL (267.5 mln GEL in 2015, 281.4 mln GEL in 2016).

Tatia Khetaguri briefly discussed the mission of the Parliamentary Budget Office (PBO) and talked about the PBO’s assessment of the draft budget. According to Khetaguri, PBO is an independent fiscal institution, tasked to provide an impartial analysis to strengthen parliamentary oversight and to improve the management of public finances. The mandate of PBO also includes the evaluation of fiscal risks; the assessment of compatibility of government’s fiscal policy with the fiscal limits set by legislation and with mid and long-term fiscal stability; preparing assessments of corrective measures to ensure effective functioning of fiscal stability/public finance management system.

While discussing fiscal risks, Khetaguri elaborated on the analysis and probable scenarios of the 2016 draft budget of the Parliament’s Budgetary Office. The basic scenario is based on the scenario included in the BDD document of 2016, where the indicator of economic growth rests on 3%, whereas the inflation indicator is 4,5%. The optimistic scenario predicts 4,4% economic growth rate, while the level of inflation is 7,1%. The numbers indicated in the pessimistic scenario are - 1,5% GDP growth and inflation 1,9%. 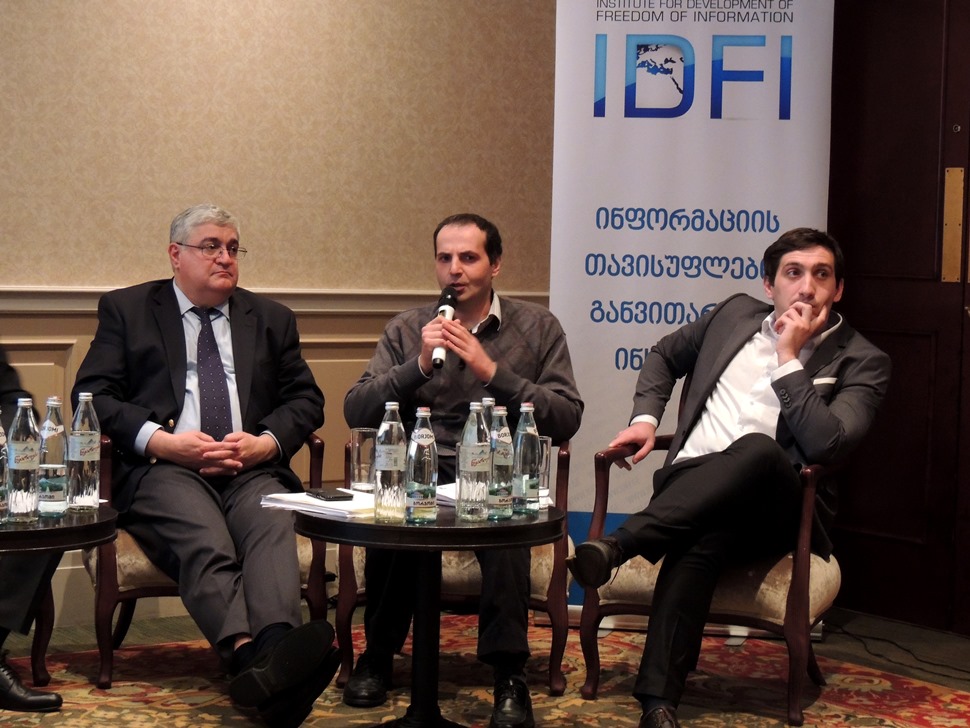 According to the fiscal policy of the optimistic scenario, sustaining the current costs and moderate increase in capital costs are necessary steps, which requires strict fiscal policy. According to the research, the pessimistic scenario involves even more strict rule of fiscal discipline, which may prompt dramatic decrease in capital costs due to low economic growth. Overall, this scenario may negatively affect the economic activities in the medium-term period.

While talking about the principal fiscal indicators, Khetaguri emphasized the fact that the anticipated indicator of 2016 (-3%) shows signs of deterioration compared to the same indicator of 2015 (-2,7%). The anticipated indicators of structural deficit and cyclical corrections in 2016 were also discussed, and Khetaguri pointed out that compared to the previous year the budget deficit shows tendencies of growth.

Khetaguri also mentioned that the amount of tax revenues indicated in the analysis of the parliamentary budget office (7,940 mln GEL) exceeds the proposed indicator of the 2016 draft budget by 2.1%, that is by 160 mln GEL. According to Khetaguri, such discrepancy is due to methodological differences and particularities, which translates into increase in corporate income tax (increase by 16,1%) and value added tax (increase by 2,4%).

The representative of the political party “Free Democrats” - Davit Onoprishvili, criticised the proposed 2016 draft budget and pointed out that the government does not intend to fulfill the reforms necessary for achieving the promised 4-5% economic growth rate. He also assessed implementation process of the social-economic development strategy “Georgia 2020” and said that considering the depreciation of GEL, low rate of economic growth (around 3%), achieving the goals set by the government will become problematic.

Akaki Tsomaia discussed the parameters of budgets of 2015 and 2016 and highlighted that similar to previous year, this year’s budget is also focused on social and educational expenditures. According to Tsomaia’s assessments, the proposed draft budget does not focus on economic growth as “free healthcare, education and social services are incompatible with economic growth”. 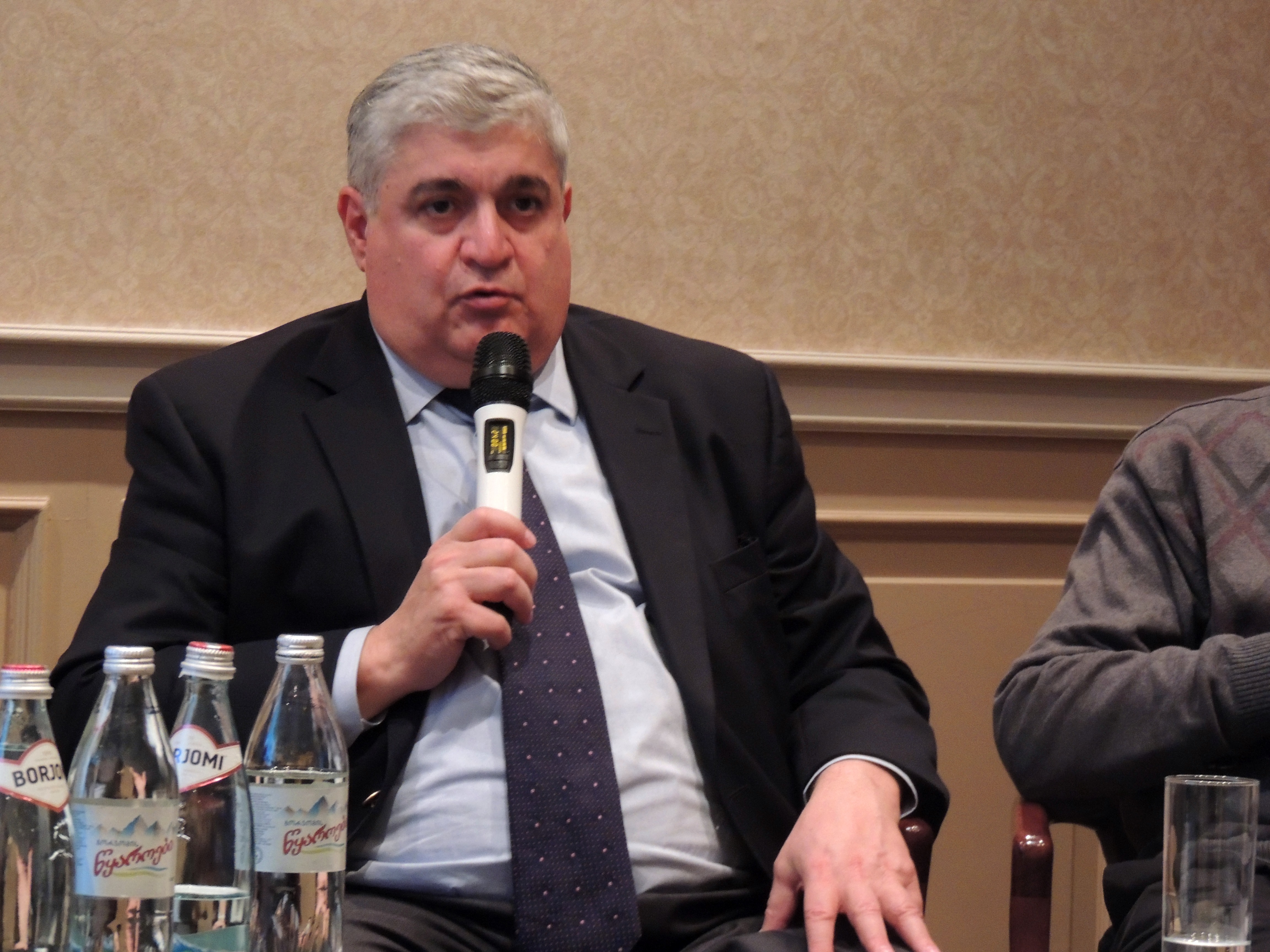 He also concluded that the perception of growth by the government is flawed, since the government pursues the path of stimulating the economy with subsidies and credits. According to Tsomaia such policy is pursued via non-market interest rates, which gives false incentives to people to take more credits, thus increasing the number of people who may use the credit inefficiently.

Tsomaia also assessed the efficiency of budget expenditures and discussed the so-called “squandered” budget resources. According to Tsomaia, it is difficult to find an appropriate strategy in the proposed budget, which would make it possible to determine the costs of specific activities and their corresponding yield. Among the squandered resources, Tsomaia mentioned long-term credit (640 mln GEL), universal healthcare (800 mln GEL), programmes for higher education (174 mln GEL), preferential agro-credits (50 mln GEL), activities aimed at supporting vintage (25 mln GEL).

According to Tsomaia, the squandered 2 bln GEL equals to one year of imports (Gas and Medicine), almost all exports, remittances, possibility of reducing corporate income tax and increase pensions by 100%.

Lasha Arevadze talked about the stability of the budget, cyclical nature of fiscal policy and the structure of the draft budget.

After the presentations, the discussion continued with a Q&A session, during which the invited guests had the possibility to engage in the discussion with their questions and remarks.