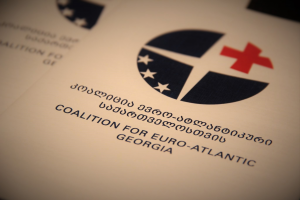 We, the civil society organizations of Georgia express deep concern about the death of a Georgian citizen Archil Tatunashvili in Tskhinvali prison under suspicious circumstances. We strongly condemn the inhuman act of the de facto regime of the Russian occupied Tskhinvali region to delay handing over the body of the deceased to his family. It is also alarming that the de facto authorities have yet to release two other Georgian citizens - Levan Kutashvili and Ioseb Pavliashvili, who were detained along with Archil Tatunashvili.

Archil Tatunashvili was illegally detained in the occupied Tskhinvali region based on absurd and made up charges. From the moment of his detention, he was deprived of his fundamental rights, subjected to torture and inhuman treatment, and ultimately deprived of his right to live. We believe that delaying the handing over of the body is aimed at obstructing the objective investigation and confirms existing doubts about Tatunashvili's deliberate murder.

We would like to stress that the responsibility for the crime committed against Archil Tutuashvili lies with the Russian Federation, which exercises effective control over the occupied Tskhinvali region. Regular kidnapping of Georgian citizens and the use of physical force against them remain unpunished and are, in fact, encouraged by the Russian occupation regime. This is attested by the fact that the so-called Abkhazian border guard who killed a Georgian citizen Giga Otkhozoria on May 19, 2016 at the occupation line also remains unpunished.

We call on the Russian Federation and the de facto authorities of so-called South Ossetia to immediately hand over the body of Archil Tatunashvili to the Georgian side and release the two Georgian citizens so that they can cross the administrative boundary line.

We appeal to international organizations to use every leverage at their disposal to free the two Georgian citizens - Kutashvili and Pavliashvili, and to ensure a timely and effective investigation of the deaths of Archil Tatunashvili and Giga Otkhozoria so that all persons involved in these murders are brought to justice.

We urge the Government of Georgia to intensify its work with the international community regarding the human rights situation on the occupied territories; and to take all possible measures to ensure the safety and protection of rights of persons living close to the occupation line.

- In Depth Reporting and Advocacy Center

-Institute for Development of Freedom of Information