The Certification Program in Fighting Corruption Has Been Launched 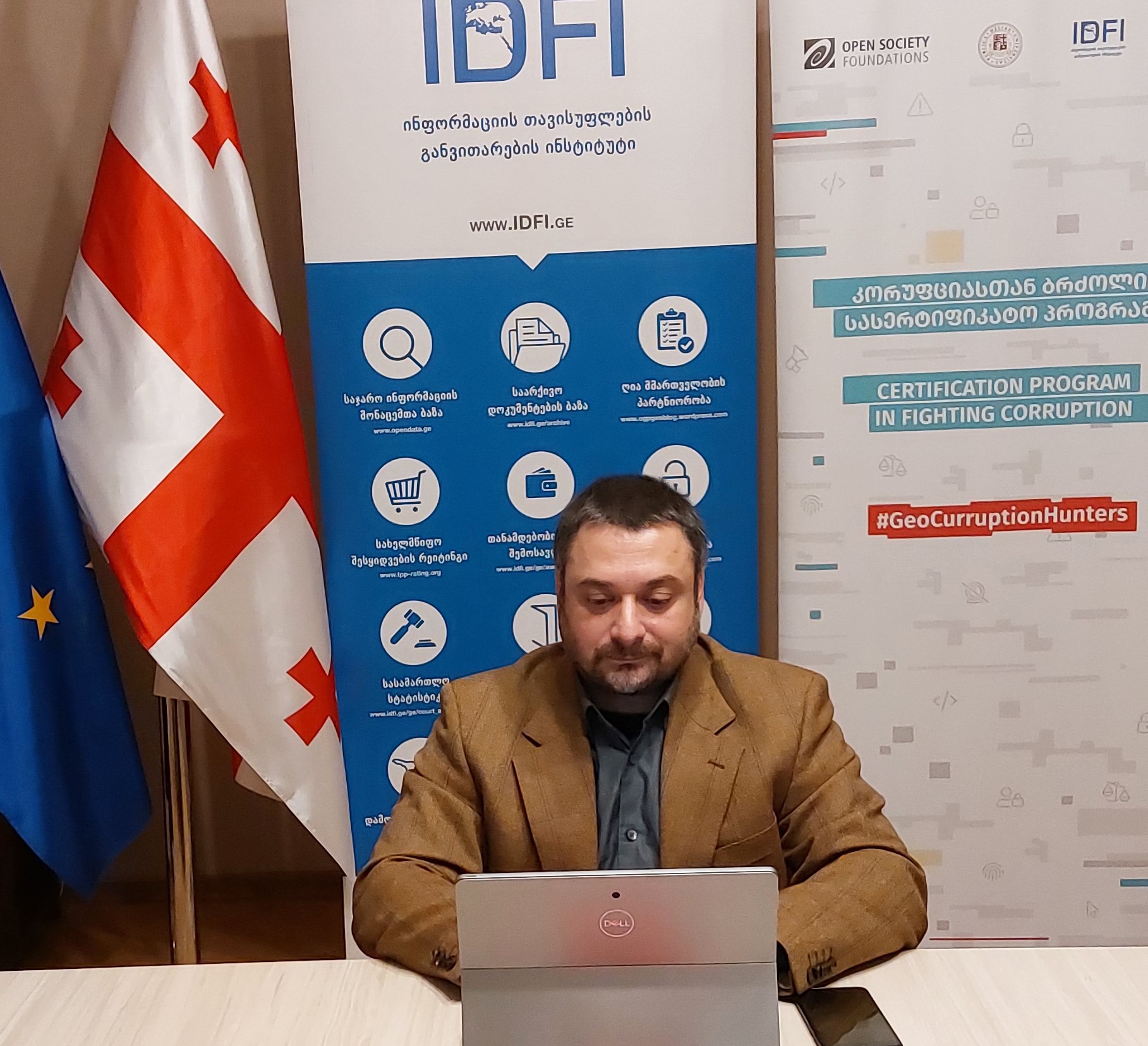 On October 18, the Certification Program in Fighting Corruption started for the Bachelor’s Degree students of the 2021-2022 academic year. Within a year, 22 students will take courses in Good Governance and Corruption and Public Policy and Corruption.

"Today I have the opportunity to open the Certification Program in Fighting Corruption for the third time and to congratulate participants of the Program, and students of Ilia State University who have chosen the course on a semester basis, the beginning of the academic year!"

In 2019, the Institute for Development of Freedom of Information (IDFI) started the implementation of the Certification Program in Fighting Corruption in cooperation with Ilia State University. The program is financially supported by the Open Society Foundations (OSF) in the framework of the project “Building Sustainable Human Capacity in Fighting Corruption”.

In 2019-2020, eight professional modules were created as part of the Certification Program, which in the following years were transformed into four academic courses of the School of Arts and Sciences of Ilia State University. In particular, for the bachelor's degree - "Good Governance and Corruption", and "Public Policy and Corruption", and for the master's degree - "Anti-Corruption Policy Management in Public and Private Institutions", and "Fight against Corruption - International Actors, Anti-Corruption Platforms". The academic year started on October 18 for the Bachelor’s Degree students, and on October 23 the certificatation program will start for the students of Master’s Degree.

The first course that Bachelor’s Degree students will take as part of the program is Good Governance and Corruption which is taught by Giorgi Chkheidze. Giorgi is the Chief of Party – Promoting Rule of Law in Georgia (USAID-PROLOG).

It should be noted that under the Certification Program in Fighting Corruption, Ilia State University students will have the opportunity to receive a Certificate of Completion of the Program in addition to their academic credits. In the current semester, the subject of the certification program, "Good Governance and Corruption", was chosen by 22 students of Ilia State University.

The competition for the Certification Program was traditionally big this year. Competitors from various universities, public, private, and non-governmental sectors expressed their desire to participate in the program. Nearly 300 applications were submitted. After the applications were selected, the interview process lasted for 5 days. Finally, the competition commission selected 22 students from various higher education institutions of Georgia for the bachelor's degree program, and 24 students from the public, private and non-governmental sectors for the master's degree program. IDFI considers that the certification program will have a total of more than 100 participants in one year, along with the candidates selected through a competition.