Awarding the Participants of the Competition on Analytical Articles

On March 31, 2022, within the scopes of the Educational Certification Program in Fighting Corruption, awarding ceremony of the winners in the competition on analytical articles regarding – Whistleblowers Against Corruption – was held. Based on the assessment of the applications the first place was won by the team composed of – Lia Ablotia, Koba Ablotia and Ekaterine Demetrashvili. Second place was taken by the following group – Nino Taganashvili and Marita Gorgiladze, and the third place was taken by the group comprised of – Meri Macharashvili and Tinatin Gvinianidze.

The Institute for Development of Freedom of Information (IDFI) started the implementation of the Educational Certification Program in Fighting Corruption in 2019 in cooperation with Ilia State University. The program is financially supported by the Open Society Foundations (OSF) in the framework of the project “Building Sustainable Human Capacity in Fighting Corruption”. 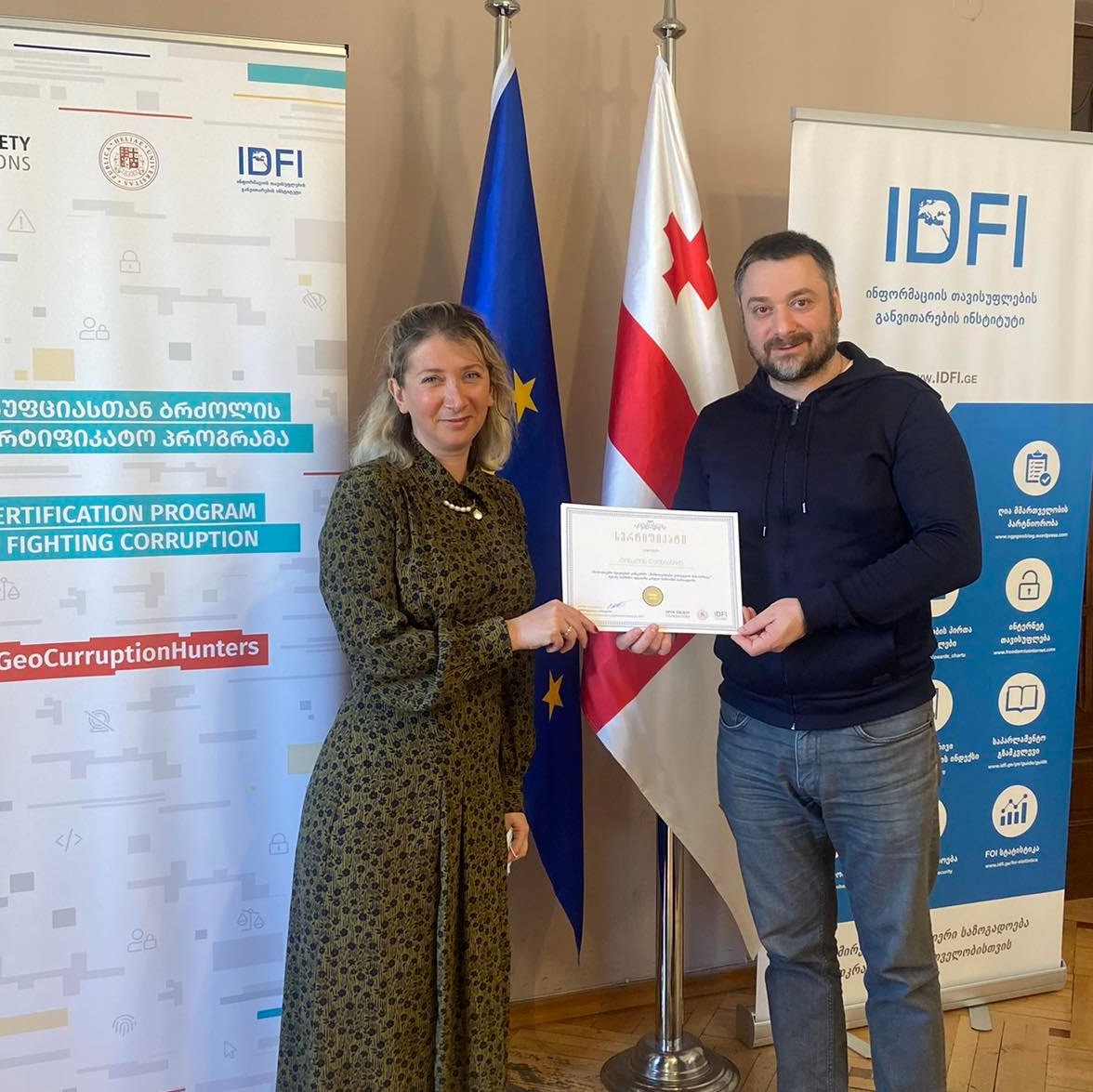 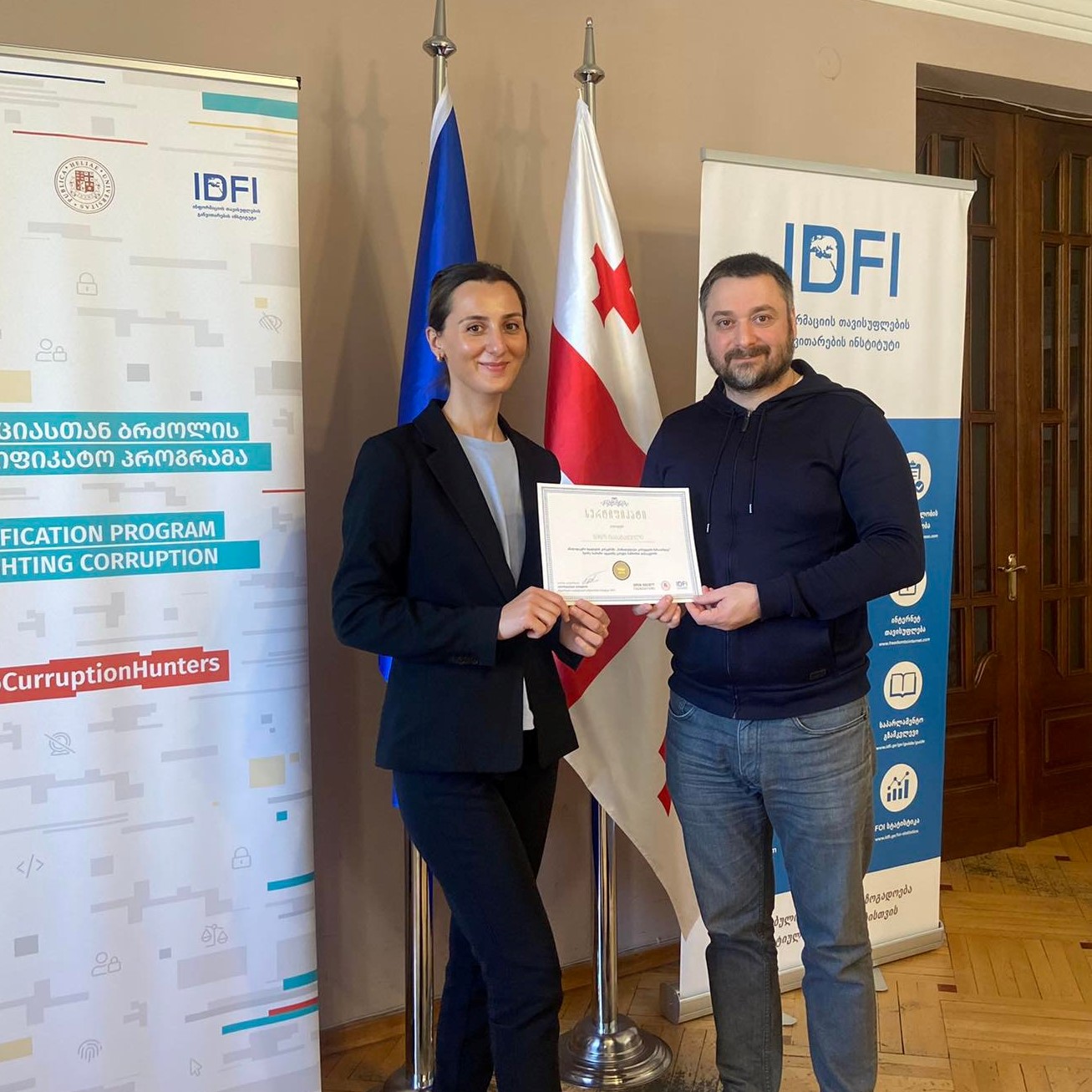 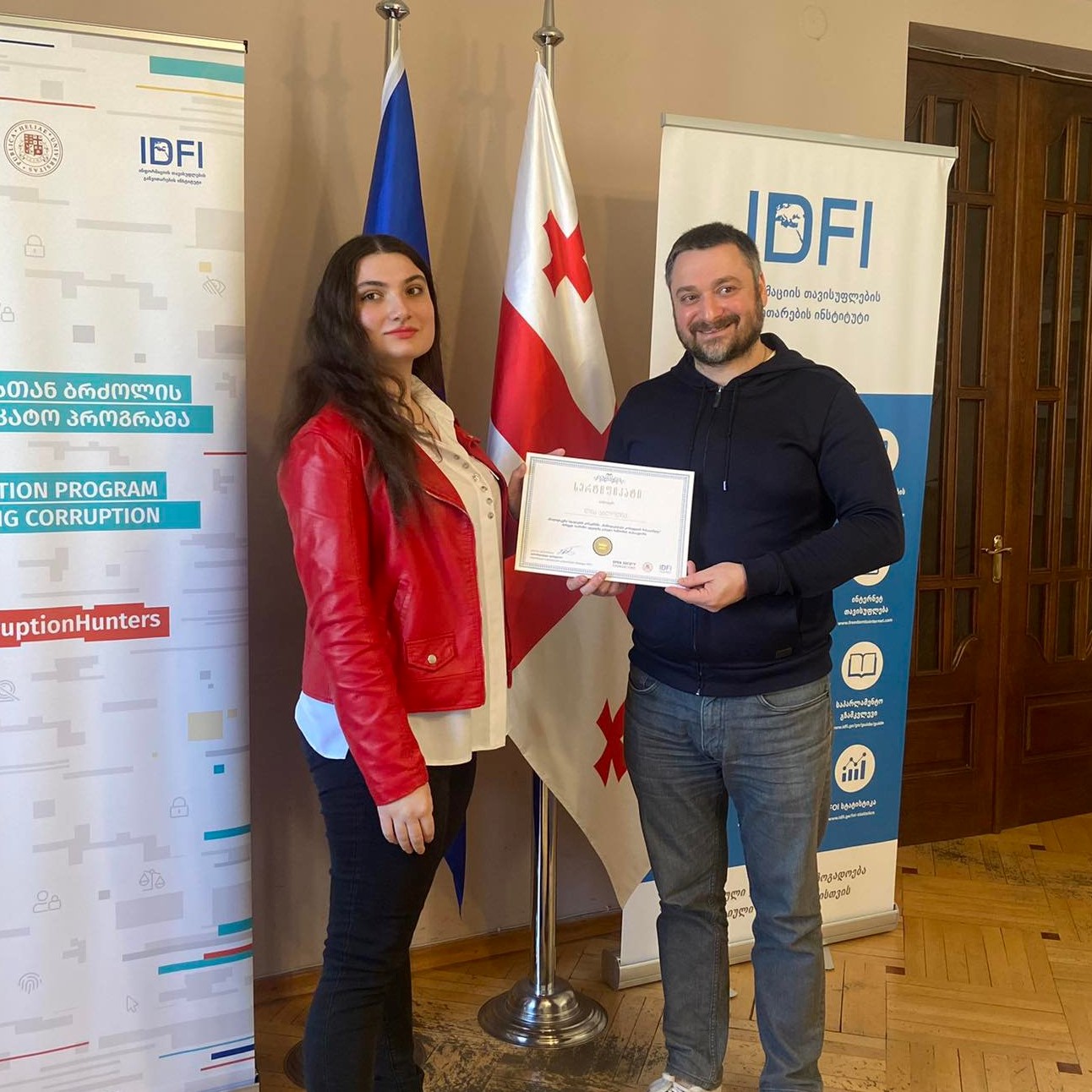