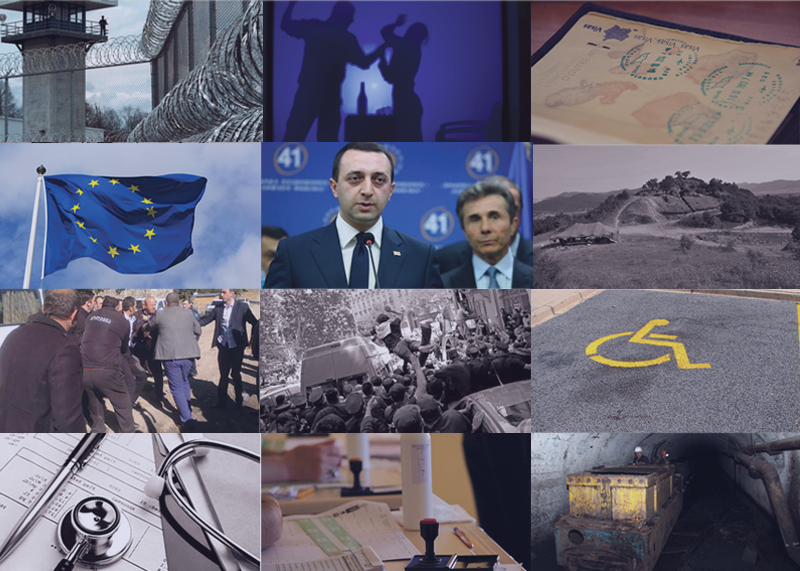 15 local NGOs prepared different chapters according to their specialization. They actively observe works in these fields.
One of the chapters of the report “Open Governance ” was prepared by IDFI . In this part, organization discusses the current environment in Georgia, changes and loopholes occurring for last 2 years. In order to improve these loopholes, IDFI elaborated recommendations. Below we present the chapter created by IDFI regarding the open government.

THE SITUATION BEFORE THE 2012 PARLIAMENTARY ELECTIONS

Regardless of the extremely important and successful initiatives implemented by the former authorities over the years in the fight against corruption (e.g. introduction of online systems of property declarations of officials and state procurements), prior to 2012, Georgia experienced serious problems in terms of open and accountable governance. There was a lack of transparency in state projects, and systemic limits on access to public information raised legitimate doubts among the public as to the development of democratic governance.

Following political changes resulting from the 1 October, 2012 Parliamentary Elections, remarkable positive trends were identified in terms of access to public information. The civil society sector expressed hopes that the trend of greater openness of information in public institutions would be maintained in the future, but studies240 carried out by IDFI in 2014 clearly demonstrated that in a number of public institutions, the positive trends that emerged in the aftermath of political changes were linked to the new authorities only being in office for a short period of time and hence lacking information to hide. This was upheld by IDFI statistics. Before the 2012 elections, only 39% of responses to freedom of information requests were provided in full. This indicator considerably improved during the period between October 2012 and September 2013, reaching 85%. Yet, since October 2013, the percentage of full responses has declined to 71%. In 2014, the Ministry of Interior and the Ministry of Finance did not provide information that they had themselves publicized in detail at the initial stage of political changes, in the beginning of 2013.

As already noted, with respect to access to information, the recent period has witnessed a decline in the transparency of administrative authorities compared to last year. However, key changes carried out by the new authorities in the open government sector should be highlighted. In particular, the GoG resolution on the Approval of Procedure and List of Public Information to be Published Proactively was adopted. Further, the General Administrative Code of Georgia was amended, and the law explicitly stipulates that public information can be requested electronically, online resources from a public institution. The number of persons submitting property declarations has expanded, and for the first time includes heads of noncommercial legal entities and limited liability companies founded by the state. Information on simplified procurements is published online on the system of procurements webpage. Information on monies allocated from the reserve funds are proactively released.

Equally important is the Government of Georgia’s continued and active work in the Open Government Partnership (OGP) initiative. In September 2014, the Government of Georgia approved Open Government – Georgia’s second action plan for 2014-2015, which reflects proposals proposed by civil society including the development of an online platform for petitions, proactive publication of statistics on secret surveillance, introduction of a monitoring mechanism for property declarations, and enactment of an open data portal.

Most importantly, as part of the Open Government Partnership, the Government of Georgia has taken the obligation to elaborate a new Law on Freedom of Information. Adopting this Law is of vital importance for avoiding current and future statutory and practical problems and for introducing high standards of transparency and accountability.

1. Georgian authorities should adopt a Law on Freedom of Information, which will be consistent with international best practice and standards. To this end, opinions and recommendations of NGOs and other interested parties should be taken into account throughout this process;
2. It is important that administrative agencies fulfill their obligation to proactively publish public information, as envisioned under Resolution #219 of the Government of Georgia. In addition, given that the Resolution is not sufficiently thorough, it is preferable that administrative agencies set high standards of transparency and accountability at their own initiative and proactively publish information, which will include more details than required by a relevant legal act and will meet public interests in a proactive manner;
3. The authorities should support the development of mechanisms of effective communication with citizens to secure their participation in the decision-making process. In this respect, it is necessary to strictly fulfill obligations taken as a part of the Open Government Partnership, provide legislative and practical support to petitions, discussion and public consultation mechanisms, and to support a permanent partnership format with civil society and experts.