Announcement On The Ongoing Events At Tbilisi State University 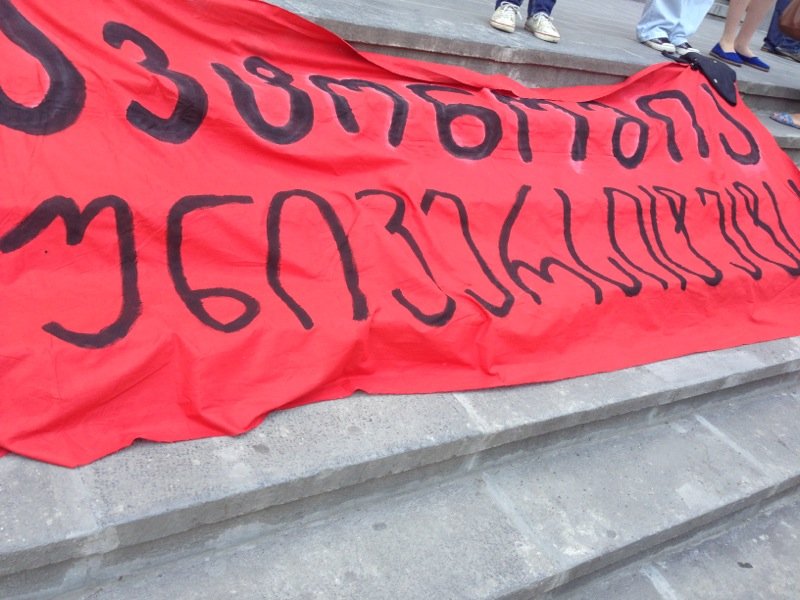 Students of the Tbilisi State University (TSU) have been protesting since March 7 with three main demands:

1. Reform of the student self-government
2. Elimination of the so-called ODR security officers in the university
3. Withdrawal of Giorgi Gaprindashvili’s candidacy for the position of university chancellor

On 12:00pm Monday, March 14, a self-organized group of students under the name Auditorium 115 held a protest inside the TSU main building. This was followed by a counter protest from the student self-government, with a clear intent to escalate the situation.

We would like to stress that despite the accusations of the student self-government towards the TSU rector Vladimer Papava, he has been involved in the dialogue with the students from the very start of their protest, objected to the police entering the university building, and admitted the existence of the so-called ODR security officers in TSU (a practice that is completely contrary to Georgian law). Therefore, the student self-government’s demand of Papava’s resignation is unfounded.

In the evening of March 14, the situation reached a new peak of tension around the main university building. The TSU security was unable to prevent the attempts of the student self-government to destabilize the situation.

IDFI calls on the students to remain within the limits of constructive dialogue and avoid further escalation. We also call on law-enforcement agencies to guarantee the safety of students and prevent violence in the university.

IDFI believes that the university is in need of a fundamental reform in order to improve student participation. Not only has the student self-government failed to ensure proper student involvement in university life, but it is also a non-transparent and closed institution that often acts as a party of confrontation.